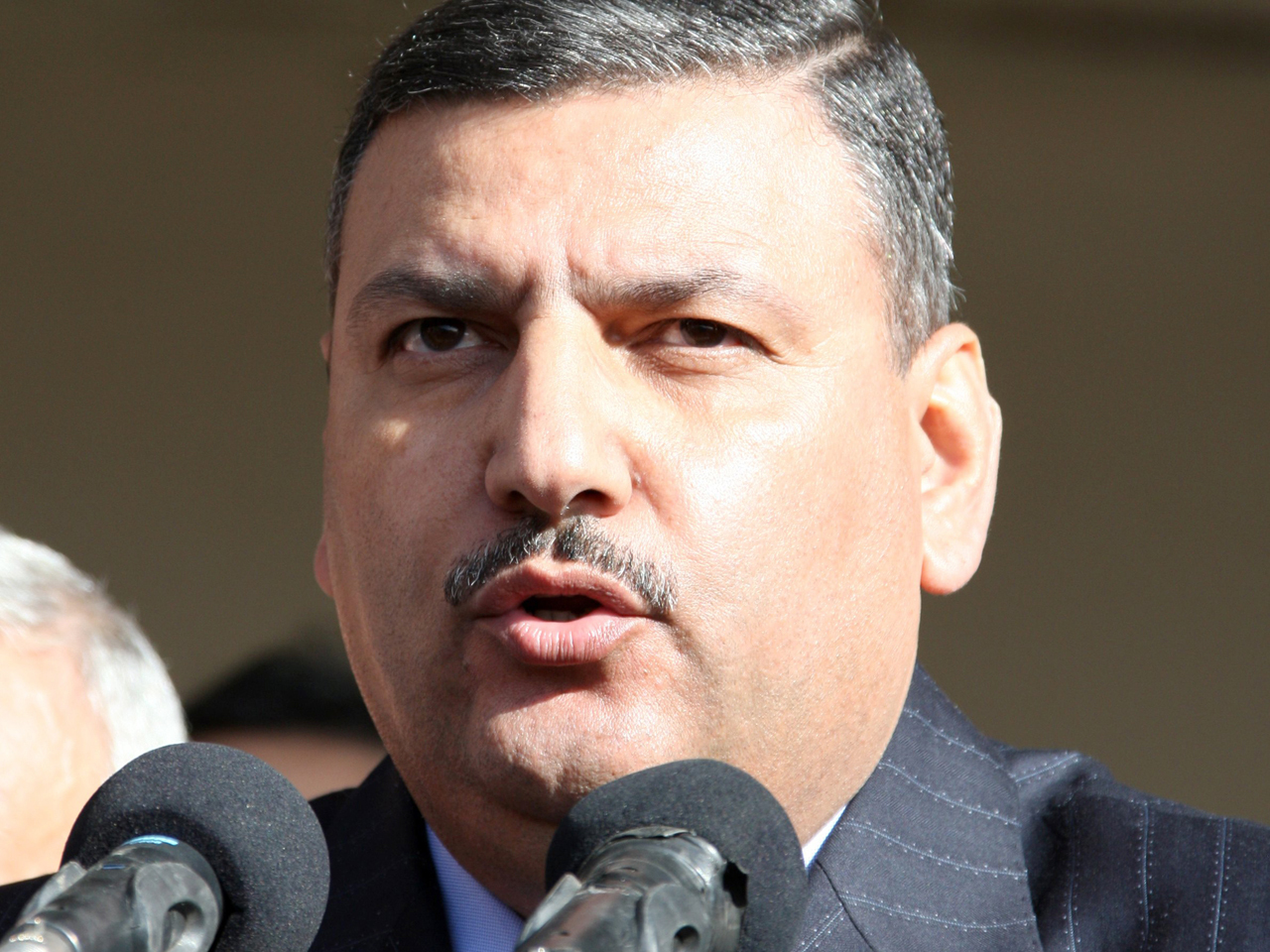 BEIRUT (AP) - Syria's prime minister began planning his break from the regime two months ago when Bashar Assad offered him the post and an ultimatum: Take the job or die.

The full scope of Riad Hijab's carefully executed flight to the rebel side - described by an aide who escaped with him to Jordan - reverberated Monday through Syria's leadership. Hijab became the highest-ranking government official to defect, emboldening the opposition and raising fresh questions about the regime's ability to survive the civil war.

Although Assad has been hit by a string of embarrassing defections of military and political figures, they have yet to cause visible changes in the regime's abilities on the battlefield. The loss of high-profile government officials, however, suggests fissures are reaching deeper into the ruling system and could force Assad to retreat further behind a cadre of loyalists as fighting flares on several fronts.

"Every defection is another door closed for Assad and another one open for the rebels," said Mustafa Alani, an analyst at the Gulf Research Center based in Geneva. "It may not be the tipping point for the regime, but each breakaway is another crack."

Hijab and an entourage of family members were expected to head next to the Gulf state of Qatar, a key backer of the Syrian rebels, in a further sign of the regional brinksmanship and gambits over Assad's fate. Gulf states and Turkey have strongly backed the rebel forces while Assad has counted on support from a dwindling list of allies such as Iran and Russia.

Ahmad Kassim, a senior official with the rebel Free Syrian Army, initially said Hijab defected along with three other ministers, but later said only two other ministers had left. There has been no confirmation, however, from Syria or any other source on other ministers defecting.

Still, Hijab's defection alone is a humiliating blow for Assad after a string of generals and ambassadors has peeled away. Like nearly all prominent defectors so far, Hijab is a member of Syria's majority Sunnis - the Muslim sect which forms the bedrock of the more than 17-month uprising.

His break suggests that elements of the Sunni elite - long a pillar of Assad's rule - could be growing uneasy with the relentless bloodshed and the hardline policies of Assad's minority Alawite community, which dominates the regime's inner circle. The Alawite sect is an offshoot of Shiite Islam.

In Washington, White House Press Secretary Jay Carney said "the Assad regime is crumbling from within" and predicted "Assad's days are numbered." Secretary of State Hillary Rodham Clinton is expected to arrive in Turkey later this week for meetings on Syria.

French Foreign Minister cited Hijab's break as evidence "of a regime that's losing support through its choice of armed violence" in a conflict that has claimed at least 19,000 lives. A statement from French President Francois Hollande said the country was dispatching military surgeons to the Syria-Jordan border, where more than 120,000 Syrian refugees have crossed since the conflict began.

The Syrian regime has suffered a series of setbacks over the past month that point to a loosening of its grip on the country.

Four of the president's top security aides were killed in a rebel bombing of state security headquarters in the capital Damascus on July 18, including the defense minister and Assad's brother in law. There has been a steady stream of high-level defections from diplomats to generals. And the regime has been unable to fully subdue rebel challenges in the two major cities, Damascus and Aleppo.

Just hours before word of the defection got out, Assad suffered another blow in his attempt to portray he is in control: A bomb ripped through the third floor of the state TV building in Damascus, wounding at least three employees and displaying the ability of rebels to strike in the heart of the capital.

But power remains closely held within Assad's inner circle and even posts such as the prime minister have limited clout. Hijab's departure will not immediately undercut the regime's ability to fight rebels in places such as Aleppo, Syria's largest city, which it has pounded with gunners and warplanes.

Hijab was long a loyalist of Assad's Baath party, rising through the ranks to become agriculture minister last year. After elections in June, Hijab was picked as the new prime minister. About that time, though, his loyalties began to shift and a plan to flee began to take shape, Hijab's spokesman, Mohammad Otari, told The Associated Press in Amman, Jordan.

"The criminal Assad pressed him to become a prime minister and left him no choice but to accept the position. He had told him: 'You either accept the position or get killed,'" said Otari, who told the AP that Hijab and his family planned to travel on from Amman to Qatar.

"The prime minister defected from the regime of killing, maiming and terrorism. He considers himself a soldier in the revolution," the aide said.

David Hartwell, a Mideast analyst at IHS Jane's think tank in London, said the months of reported preparation to defect opens the possibility that Hijab could have been in touch with rebels before his appointment as prime minister. He said that could "point to a serious breakdown in inner-regime security."

Syria's official SANA news agency said the Cabinet held an emergency session hours after a replacement was named for Hijab. Meanwhile, in a rebel base just near the Turkish border, fighters celebrated the news of Hijab's defection even as their forces faced withering attacks in Aleppo.

"If the people who are benefiting from the regime are defecting, then this shows that it is living its last days," a fighter who identified himself as Abu Ahmad told the AP by telephone from the northeastern Syrian town of Jarablous. "Every time our youth hear that an officer or an official defected, it boosts their morale."

George Sabra, a spokesman for the opposition Syrian National Council, said Hijab is a symbol of the state and added that he expected his desertion to usher in a chain of others.

"He has finally discovered that this regime is an enemy of its own people and is destined to fall, and he chose to join the ranks of those who defected before him," Sabra told AP. "This will trigger a chain of other defections by Syrian senior government and security officials," he added. "The Syrian regime is drowning, and this is the clearest sign yet."

Syria's rebels have grown increasingly bold and capable in recent months. In July, the rebels and Syrian regime forces fought intense battles for a week in Damascus in what was the opposition fighters' biggest challenge so far in the capital.

In a brazen daylight attack, rebels commandeered a bus and snatched 48 Iranians just outside Damascus on Saturday. Iran said those abducted were pilgrims who were visiting a shrine about 10 miles (six kilometers) south of Damascus and were on their way to the airport to return home.

But the captors claimed in a video broadcast Sunday that one of the captives was an officer of Iran's powerful Revolutionary Guards and that the 48 were on a "reconnaissance mission" for Assad's close allies in Tehran.