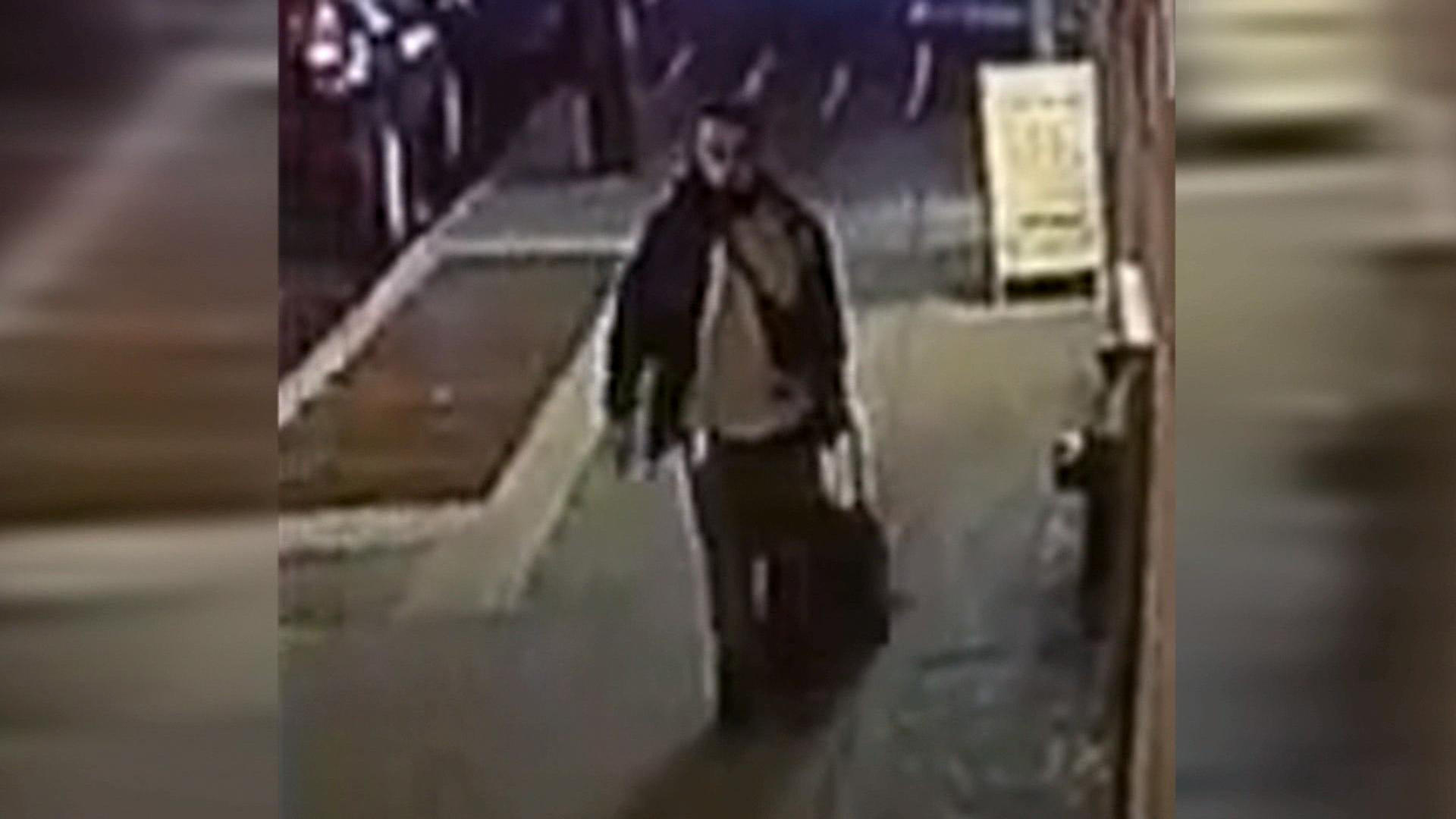 Authorities are learning new information about the man accused of the bombing spree in New York and New Jersey that injured 29 people over the weekend, from evidence he allegedly left behind and a scrub of his electronic devices.

According to multiple sources, authorities have discovered a handwritten note and a small notebook, which had a bullet hole. The notebook was found on him. Both pieces of evidence contain written rants, suggesting that he was a consumer of multiple radical ideologies by several different terrorist organizations, reports CBS News homeland security correspondent Jeff Pegues. According to three U.S. law enforcement officials, Rahami’s writings recovered by law enforcement contain references to Osama Bin Laden and American-born jihadist cleric Anwar al-Awlaki.

Surveillance video shows Ahmad Rahami dragging a bag moments before Saturday night’s explosion in the Chelsea neighborhood of Manhattan. According to law enforcement sources, Rahami’s fingerprint was found on one of the bombs.

A four-hour manhunt ended in Linden, New Jersey Monday morning as police moved in on the 28-year-old. Investigators said Rahami fired shots, injuring two officers. He ended up face down on the pavement and was carted away, with blood visible on his right arm.

“The fact that he survived is excellent, both from an investigative value and from the fact that we didn’t lose a life,” said New York FBI Assistant Director William Sweeney Jr.

Rahami’s motive remains a mystery. Investigators don’t know if he was directed by a terrorist group or inspired by one. CBS News has learned Rahami has traveled to Afghanistan at least three times -- perhaps as recently as 2014 -- and visited Pakistan on at least one of those trips. He was not on any watch or travel restriction lists.

“We have every reason to believe this was an act of terror,” said New York Mayor Bill de Blasio.

Police want to speak with two men who were seen removing the pressure cooker bomb from Rahami’s bag and then placing it on the sidewalk, a couple of blocks from the site of the Chelsea explosion. In doing so, they may have inadvertently disabled it.

“We’re considering them witnesses right now. Once they picked up the bag, they seemed incredulous they had actually picked this up off the street, and they walked off with it,” said Robert Boyce, NYPD chief of detectives.

Investigators said Rahami packed the pressure cooker with BBs, ball bearings, Christmas lights, and an explosive called Tannerite.  He used a flip phone as a detonator. The bomb was similar to those used by the Boston Marathon bombers and a device left behind by the San Bernardino shooters, which did not go off.

“The investigation is ongoing, so as we develop more information, we continue to go but I have no indication that there is a cell operating here,” Sweeney Jr. said.

While Rahami lived in Elizabeth, New Jersey, sources said he was married to a woman in Afghanistan. The motive still remains unclear, but multiple sources told CBS News that Rahami does make a reference to Muslims being killed.