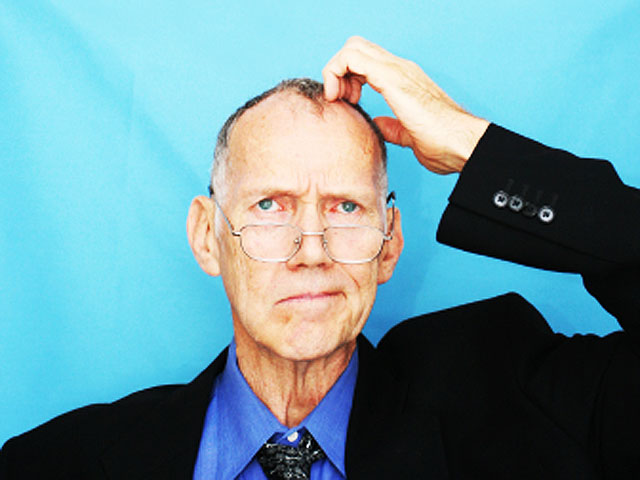 (CBS) There's still no foolproof way to predict who will develop dementia, but brain scientists say they have identified a new clue:

Cluelessness, as in an inability to tell when people are lying or using sarcasm.

A preliminary new study conducted at the University of California at San Francisco suggests that the neurodegenerative process responsible for dementia also causes deterioration of regions of the brain responsible for detecting insincere speech.

"These patients cannot detect lies," study author Dr. Katherine Rankin, of the university's Memory and Aging Center, said in a written statement. "This fact can help them be diagnosed earlier."

It might also help them old on to their money, researchers say, as the blind faith resulting from dementia can make older people easy marks for online scams and dishonest telemarketers.

For the study, 175 older volunteers - more than half of whom had Alzheimer's disease, amyotrophic lateral sclerosis (Lou Gehrig's disease), or some other neurodegenerative disease - watched videos of two people talking. At some points in the videos, one of the people would tell a lie or use sarcasm.

Healthy volunteers had little trouble spotting yerbal and non-verbal cues that indicated insincerity. Not so the volunteers with neurodegenerative disease.

And clueless may not be the only early sign of dementia, researchers say. Adopting a new political affiliation or religion late in life - changes sometimes attributed to a midlife crisis - may actually be the result of brain deterioration that might lead to dementia.

What's the study's take-away message? Older people should simply assume that everyone they talk to is lying.

Actually, Rankin said, "If somebody has strange behavior and they stop understanding things like sarcasm and lies, they should see a specialist who can make sure this is not the start of one of these diseases."

The study was presented in Honolulu April 14 at the annual meeting of the American Academy of Neurology.

The  National Institute on Aging says that up to five million Americans may suffer from Alzheimer's disease, the main form of dementia. For more on dementia, click here.