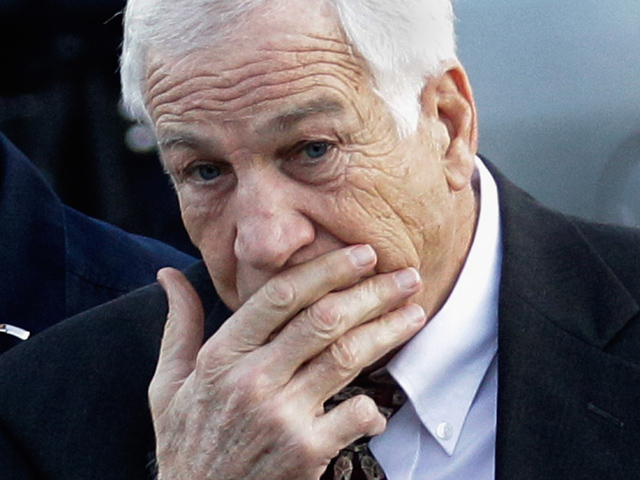 (CBS/AP) HARRISBURG, Pa. - Pennsylvania state prosecutors are seeking changes in Jerry Sandusky's bail conditions after getting complaints he's been watching children in a nearby schoolyard from the back porch of his home, where he's on house arrest awaiting trial on child molestation charges.

The attorney general's office argued in court papers filed Tuesday that Sandusky's bail conditions should be revised so that the former Penn State assistant coach isn't allowed outside unless he's getting medical treatment.

Earlier Tuesday, lawyers for the former Penn State defensive coordinator said his accusers in the sexual abuse case may have "collaborated" against him.

Sandusky's lawyer Joe Amendola says he filed a court motion seeking transcripts of testimony by any witness the Attorney General intends to call to testify. He also asked for the A.G.'s office to provide him with a variety of outstanding discovery materials, including the phone numbers of the 10 alleged victims. That's so he can access their phone records, according to at least one report..

Prosecutors said they're opposed to Sandusky's request to be allowed to see his grandchildren. They say he should be jailed as he awaits trial on 52 criminal counts related to sexual abuse of boys.

Sandusky has maintained his innocence. There's a court hearing on Friday regarding his bail conditions.