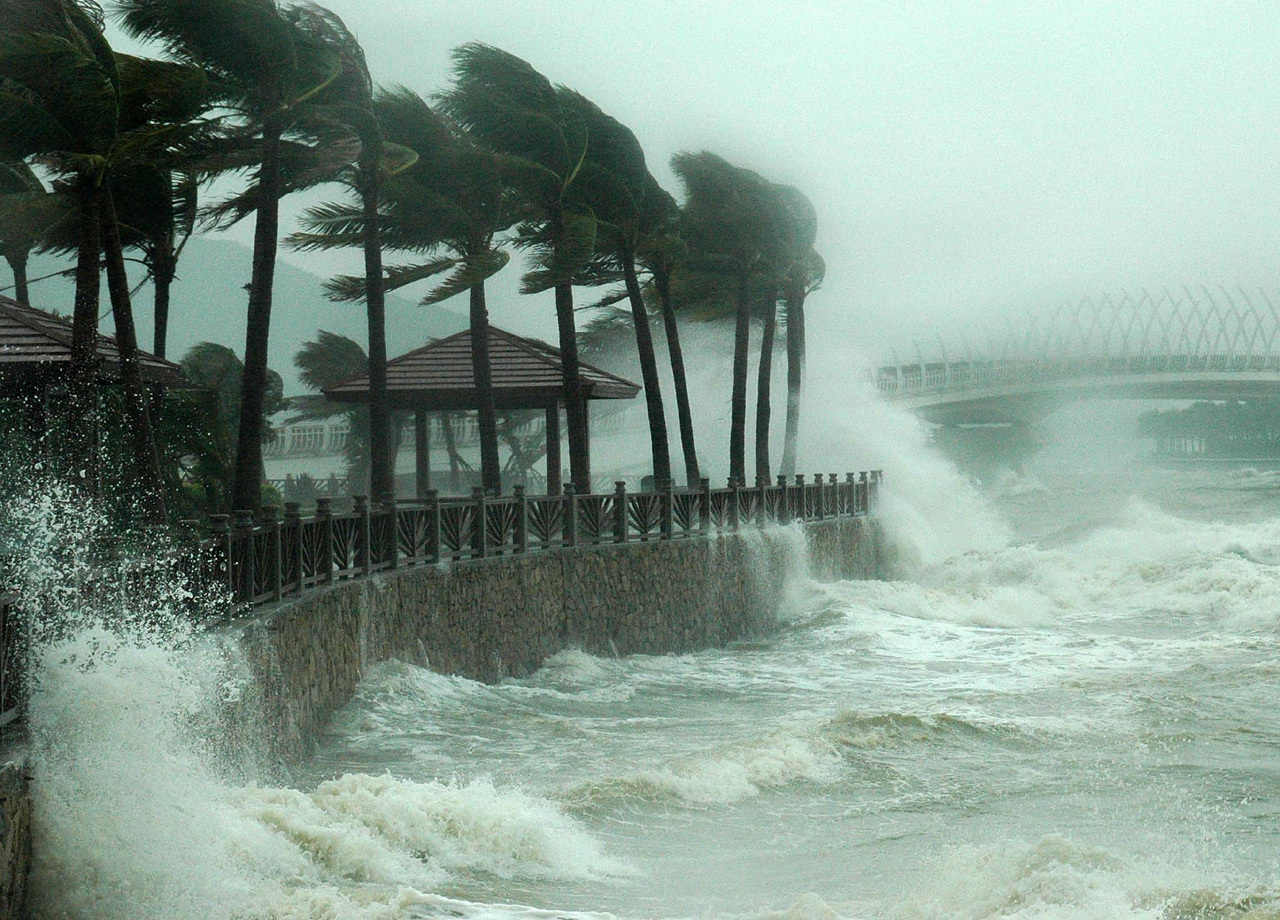 HONG KONG - A powerful typhoon slammed into southern China on Thursday after skirting Hong Kong and bringing death and widespread flooding to the Philippines earlier this week.

Typhoon Nesat made landfall on the eastern tip of China's Hainan island at 2:30 p.m. and was packing winds as high as 94 miles an hour, the official Xinhua News Agency said.

The storm blew down trees and flooded streets as it moved across Hainan, photos on state media showed. A large tree toppled onto a parked car in the provincial capital, Haikou.

Hainan authorities closed schools, suspended ferry services and recalled fishing boats as the storm made its way across the South China Sea from the Philippines, where it killed 35 people and left another 45 missing.

The storm swept past Hong Kong earlier in the day, forcing the stock market to suspend trading and shops and businesses to close but causing little damage. The Asian financial center's normally bustling streets were eerily quiet, with few people venturing outside to brave the rain and fierce winds.

Two people were injured when bamboo scaffolding was blown over and collapsed onto a taxi, while a man was injured by a falling tree, local broadcaster RTHK said. A barge ripped free from its moorings in the rough seas and slammed into a seawall on Hong Kong Island, forcing some nearby apartments to be evacuated, news reports said.

Local broadcaster Cable TV showed footage of tour groups from mainland China, some heading to Macau, who were temporarily stranded after cross-border ferry services were suspended. At Hong Kong's airport, 245 flights were delayed, 20 were canceled and 22 diverted to other airports by 3 p.m.

The storm came within 220 miles of Hong Kong in the morning before moving away, said the Hong Kong Observatory, which lowered its gale-force wind warning by late afternoon.

The National Meteorological Center reported that fishing boats were in port and schools along the coast had been shut in advance of the typhoon, which is the 17th and likely the strongest to hit Hainan this year.

Nesat left devastation in the Philippines, triggering some of the worst flooding in downtown Manila in decades.

Floodwaters were receding in most places, but many low-lying communities in the north remained in crisis.

Mayor Santiago Austria of the rice-farming town of Jaen in Nueva Ecija province appealed to the government for help, saying many people in his community of 63,000 needed to be rescued but that officials there had only four rescue boats.

"Many people here are still on top of their houses. We don't have enough boats to reach them and hand them food," Austria said.

In all, nearly 500,000 people were affected by the typhoon in the northern Philippines, of which about 170,000 were forced to flee their homes and were in various evacuation centers. The government estimated damage to farms and infrastructure at 1.15 billion pesos ($26 million).

Meanwhile, a new tropical storm was brewing in the Pacific, Philippine government forecaster Bobby Javier said, adding that it already had sustained winds of 52 mph and gusts up to 62 mph and was expected to strengthen significantly before hitting major parts of the country in the next few days.