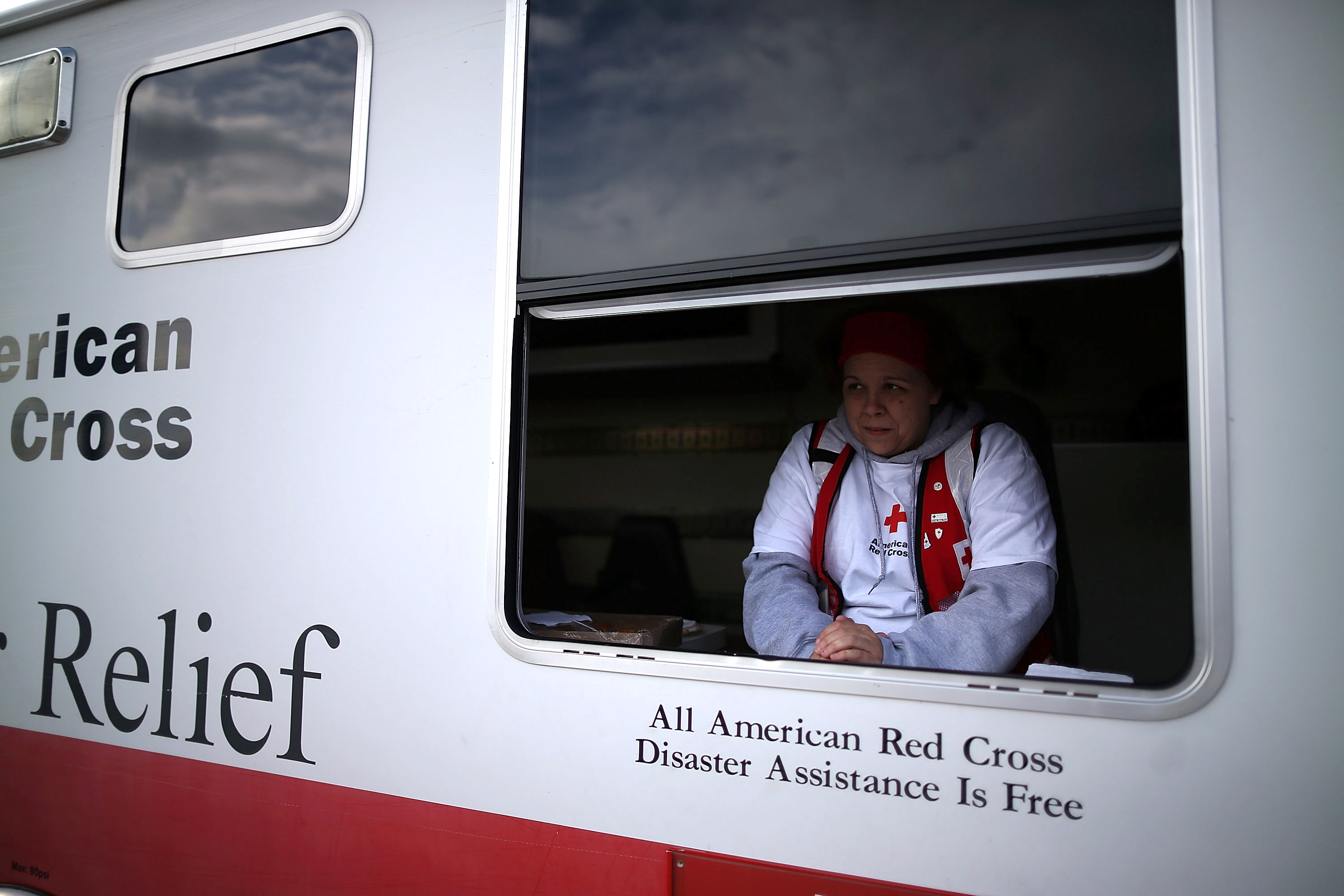 NEW YORK - A year after receiving huge sums to respond to Superstorm Sandy, the American Red Cross experienced a 32 percent drop in donations -- and its place among the nation's best-supported nonprofits has declined from ninth to 21st in the latest survey by the Chronicle of Philanthropy, released Thursday. It was its lowest ranking since the annual survey began in 1991.

The Chronicle's new survey has United Way in the top spot for the ninth consecutive year, with private donations totaling $3.87 billion for the 2014 fiscal year.

Just behind was Fidelity Charitable Gift Fund, a Boston-based donor-advised fund, with private support of $3.85 billion.

Donor-advised funds, which are rapidly growing in popularity, enable donors to make a charitable contribution, immediately receive a tax benefit, and then recommend grants from the fund at any time thereafter.

Three other donor-advised funds and another organization which relies heavily on such funds -- the Silicon Valley Community Foundation -- ranked in the Top 10, along with the Salvation Army, Feeding America, the Task Force for Global Health and Harvard University.

The Red Cross fell to 21st place with private donations of $734.6 million, down from about $1.08 billion in the 2013 fiscal year. Suzy DeFrancis, chief public affairs officer for the Red Cross, said the organization received $307 million in 2013 for Superstorm Sandy, accounting for most of the difference between 2013 and 2014.

As recently as 2007, the Red Cross ranked second in the Chronicle survey, having received nearly $3 billion in donations in the 2006 fiscal year that followed Hurricane Katrina.

There were numerous natural disasters across the U.S. in fiscal 2014, though none on the scale of Sandy or Katrina. They included destructive wildfires and flooding in much of the West, several outbreaks of tornados, and the mudslide near Oso, Washington, that killed 43 people.

Stacy Palmer, editor of The Chronicle of Philanthropy, said the Red Cross and United Way are among several large, long-established charities that are being outpaced by newer nonprofits. United Way's latest donation total was virtually the same as the previous year, and down from 2009, while the Silicon Valley Community Foundation, launched in 2007, boosted its private support by more than 40 percent from 2013 to 2014 (from $1.38 billion to nearly $1.97 billion).

"There's a question as to whether the big legacy organizations are attracting new and younger donors," said Palmer. She suggested that some young donors are seeking to support charities with sharply focused missions, rather than those with a broad array of priorities and commitments.

Accompanying its new rankings, the Chronicle provided data showing how nonprofits had fared over the survey's 25-year history.

Susan G. Komen, the Texas-based charity dedicated to fighting breast cancer, ranked 127th in the new survey, down from 41st in 2011. Komen has been struggling to maintain donations since a controversy in early 2012, when it moved to halt its financial partnerships with Planned Parenthood and then reversed the decision.

The biggest upward move over 25 years was made by the Greater Kansas City Community Foundation, which ranked 400th in 1991 and 56th this year. Its charitable donations over that span rose from $12 million to $390 million.