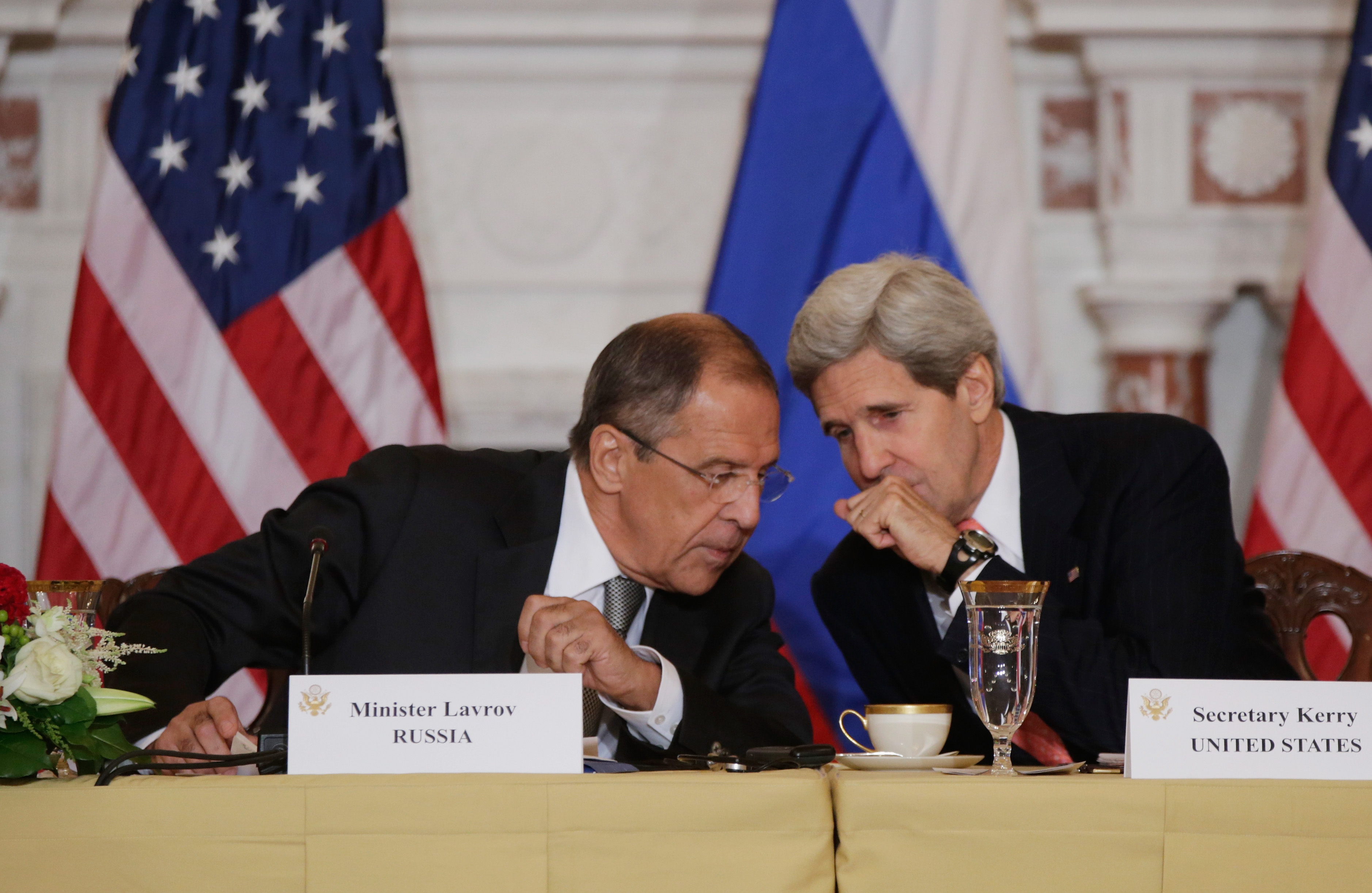 On the heels of the White House's high-profile diplomatic snub of Russia, Secretary of State John Kerry and Defense Secretary Chuck Hagel are meeting Friday with their Russian counterparts at the State Department.

Kerry and Russian Foreign Minister Sergei Lavrov have not spoken since the Snowden development - Lavrov has been unreachable by phone for more than a week. The last time that the two met face-to-face was in June in Brunei, when Kerry said that the Obama administration strongly believes that Snowden is a fugitive, not a whistleblower. He insisted that Russia hand Snowden over to U.S. authorities. Kerry will repeat that message today.

Ahead of the meeting on Friday, Kerry told reporters, "The relationship between the United States and Russia is, needless to say, a very important relationship, and it is marked by both shared interests and at times colliding and conflicting interests."

"It's no secret that we have experienced some challenging moments, and obviously not just over the Snowden case," Kerry said. "We will discuss these differences today for certain but this meeting remains important above and beyond the collisions and the moments of disagreement."

As Kerry noted, the rift between the U.S. and Russia runs deeper than the Snowden scandal. Behind closed doors, they'll discuss a number of difficult topics.

Russia opposes new sanctions on Iran, something that Congress just proposed last week to try to discourage Iran from developing nuclear weapons. The U.S. wants Russian support at the U.N. Security Council to strengthen the international alliance against Iran and to provide a united front in nuclear negotiations.

One of the most contentious issues is Syria as the two countries back opposing sides in the brutal civil war. Kerry has personally led an as yet unsuccessful campaign to get Russia to deliver their client, Syrian President Bashar al Assad, to a peace conference. But the Kremlin continues to sell Assad weapons.

Kerry alluded to many of these points of contention ahead of the meeting on Friday. On Syria, he noted that, despite disagreements about who's responsible for the bloodshed, both the U.S. and Russia agree that "to avoid institutional collapse and descent into chaos, the ultimate answer is a negotiated political solution" between the warring sides.

There are, however, a few areas of mutual interest: Russia is not comfortable with the nuclear tests conducted in nearby North Korea; the U.S. wants support for sanctions. Most immediately, the U.S. is concerned about the transit of material to and from NATO forces in Afghanistan. Friday's meeting will be a test of whether the two nations can agree on anything.