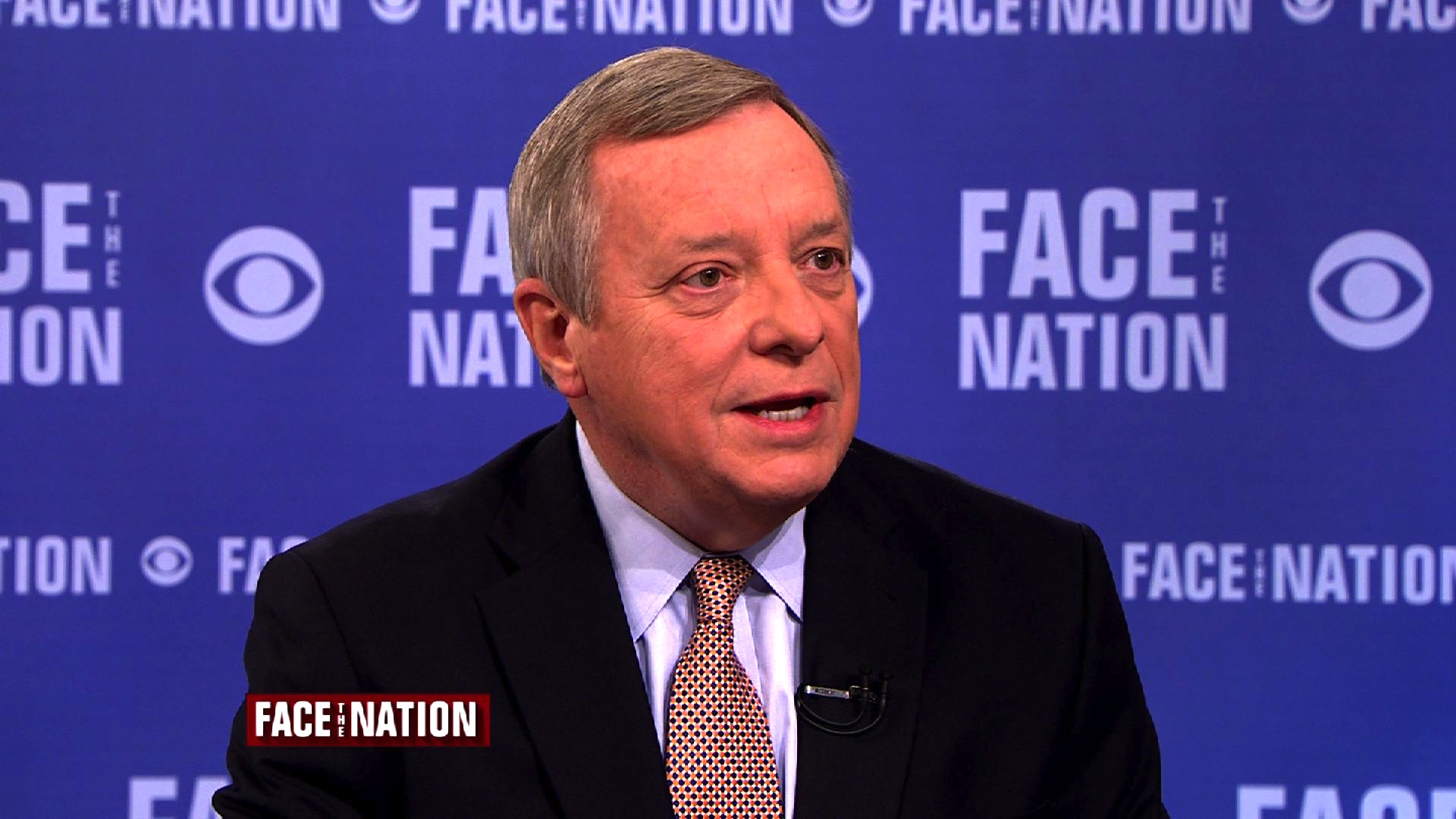 As Republicans challenge the legality of President Obama's unilateral action on immigration, Democrats are firing back with a challenge of their own.

"It is clear that they can complain, they can threaten, they can talk about lawsuits, cutting off funding, shutting down the government, in the extreme, even impeachment. But the real question is: Can they govern? Can they govern?" asked Sen. Dick Durbin, D-Illinois, on CBS' "Face the Nation" Sunday.

The GOP is weighing their options to undo the president's moves - "a bit of a threat to our democracy," as House Homeland Security Committee Chairman Michael McCaul, R-Texas, said in a separate interview. But Democrats say their real focus should be on passing their own legislation, something they have been urging Republicans to do since the Senate passed a bipartisan immigration reform bill in 2013.

"They have 180 days, starting January 1st, before the first person applies for a work permit under the president's executive authority. What I'd say to them, roll up your sleeves," said Rep. Luis Gutierrez, D-Illinois, who sparred with Rep. Raul Labrador, R-Idaho, in another interview on the topic on "Face the Nation." "You were sent to Washington to govern; you have a majority in the Senate, you have a majority in the House, and I am ready to sit down with my colleague and fix the problems that America is confronting."

But Gutierrez, one of the most ardent and prominent advocates for immigration reform in Congress, seemed to doubt it will happen. He said that when House Democrats and Republicans were trying to craft an immigration bill, Democrats didn't walk away even as the GOP sought to exclude gay families from the bill's provisions, leave out a path to citizenship, and break up reform into several smaller bills.

He said his GOP friends "mix things up" about the story of immigration reform in Congress this session.

Republican lawmakers, for their part, say the GOP can pass immigration legislation - but they need to stop the president first.

"Number one, I think we should censure the president of the United States, I think it's unfortunate that he did this, I think we need to lay out clearly why this is unlawful; I think we need to pass a funding bill that separates homeland security from that funding bill," said Labrador, adding that the executive action should have to go through a public comment period just like new regulations that are written by the administration.

"Finally, and I think this is the most important part: we can't take the bait from the Democrats," Labrador continued. "We can't say we're not going to do immigration reform. We need to tell the American people what we're for, and we need to show them the step-by-step approach that we have been doing in the House."

Labrador said he asked the GOP leadership to start passing legislation, such as a border security bill, two weeks ago.

McCaul, who also said it's "incumbent upon Republicans to come up with our own agenda," said it would likely happen when the new Congress is seated in January.

"With the lame duck, we have to figure out how we're going to keep the government open and not shut it down, and at the same time, deal with this executive action, which I think overwhelmingly, the American people are rejecting because of the way it was done," he said. "But I want to make one thing very clear: We are not going to shut the government down, but we are going to shut down the president and his actions as it pertains to granting amnesty to five million people."

The question that remains to be answered is whether the large Republican conference in the House can stand in unison behind any legislation. McCaul said that members will be more inclined to reform the legal system once they have "more confidence" that a border security bill is signed into law.

There's also a question of Democratic unity: Some Democratic lawmakers have already spoken out against the president's executive action, and many Democratic senators who were up for re-election had started distancing themselves from the president long before the 2014 midterm elections.

"That's not unusual in American politics," Durbin said. "But I believe that there is an overwhelming majority within the Senate Democratic Caucus for what the president is doing. We stood up on a bipartisan basis and created a good bill to deal with immigration. We know now that the House has that same responsibility, and I think all Democratic Senators stand behind the president in trying to make this a safer nation, with this accountability, and also, to make certain that those who are working here with a temporary work permit, are going to pay their fair share of taxes."

Blankfein on inflation, the Fed and supply chain issues

Ukraine "preparing for everything" as Putin plots next move, ambassador says

Full transcript of "Face the Nation" on October 10, 2021
Rebecca Kaplan