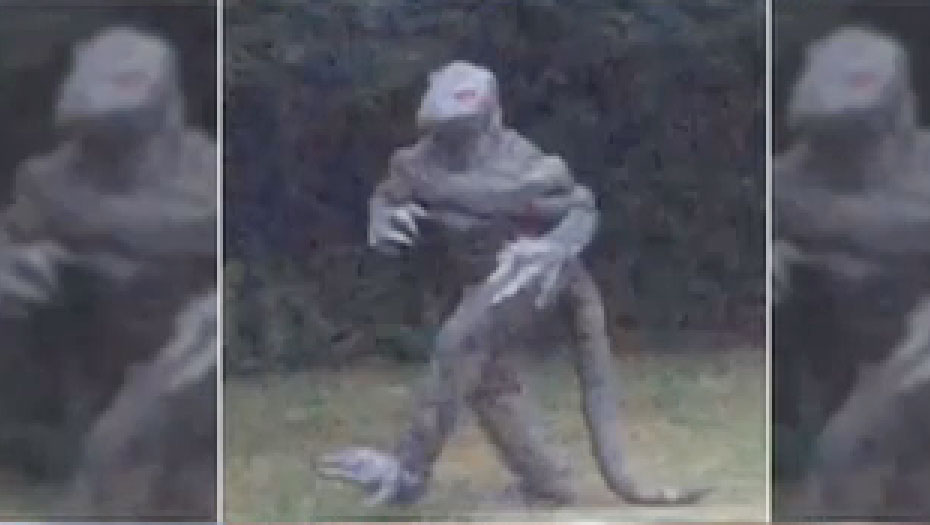 BISHOPVILLE, S.C.--After nearly a decade without a sighting, the mythical beast "Lizard Man," is once again popping up around a South Carolina town, reports CBS affiliate WCSC.

Lizard Man -- or a person in a lizard costume -- is a local legend and is described as being seven feet tall with red eyes and scales. WCSC reports that as the legend goes, in 1988 at Scape Ore Swamp, Christopher Davis stopped to change a tire, that's when he came face-to-face with the creature.

Davis claimed without warning, a seven-foot-tall "lizard man" left from the swamp and took a bite out of his car.

Last weekend photos and iPhone video taken by witnesses on two separate occasions, claim to show the legendary Lizard Man popping up around town once again.

Though the legend became popular and even attracted national attention in the late 1980s, the Bishopville Cotton museum has sightings documented all the way back to Native American times, reports WCSC. The museum keeps an exhibit of Lizard Man lore on display.

"How many things that we've taken as, 'Oh, that's a story that can't be' has been proven true," said Jason Cox of the museum. "So as I tell people, You have to believe. You have to believe that there could be a lizard man out there."