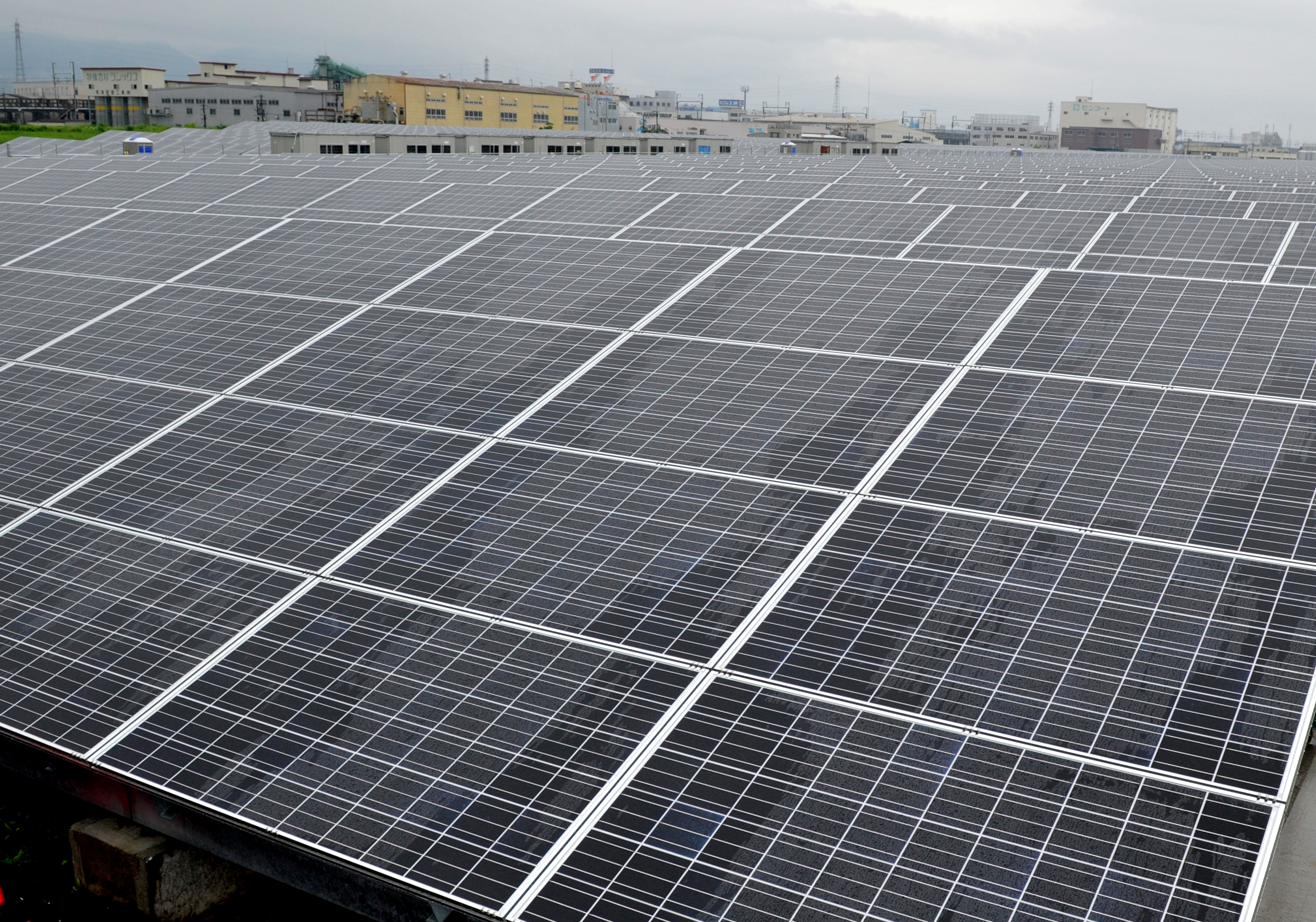 Like other Japanese who were banking on this country's sweeping move toward clean energy, Junichi Oba is angry.

Oba, a consultant, had hoped to supplement his future retirement income in a guilt-free way and invested $200,000 in a 50 kilowatt solar-panel facility, set up earlier this year in a former rice paddy near his home in southwestern Japan.

But Kyushu Electric Power Co., the utility to which he must sell his electricity, has recently placed on hold all new applications for getting on its grid. Four other utilities have made the same announcement and two more announced partial restrictions.

The utilities say they can't accommodate the flood of newcomers to the green energy business, throwing in doubt the future of Japan's up-to-now aggressive strategy on renewable energy. Another challenge is that supplies of power from sources such as solar are not reliable enough or easily stored.

"Kyushu electric shock is spreading in a domino effect," said Oba. "It's like fraud on the national level, with utility companies and the government in cahoots with each other."

Traumatized by the world's worst nuclear disaster since Chernobyl and encouraged by the highest rates for renewable energy in the world, Japan has been undergoing a green boom. It's now rapidly turning into a fiasco as the cost proves prohibitive and utilities anticipate putting some nuclear reactors, shuttered since the March 2011 Fukushima disaster, back online. The unfolding green glut in Japan echoes similar experiences in Germany and Spain.

"After the earthquake, it was a very big shock for the people like us in Japan," he explained to CBS' Seth Doane, adding that his nation -- and its energy infrastructure -- had been inadequately prepared for a disaster of such a magnitude. The disaster moved him, like others, to invest in wind and other green energy projects.

The number of applications for solar facilities with Kyushu Electric jumped to 72,000 in March, about the same for the entire previous year. People were trying to beat the April 1 lowering of the government-set tariff that utilities pay renewable energy producers to 32 yen (30 cents) a kilowatt hour from 36 yen (34 cents). The regular cost of electricity in Japan is about 23 yen per kilowatt hour.

If all the planned solar panels in Japan were installed, their capacity would equal 8 percent of overall energy demand. At the 32 yen tariff, a whopping 3 trillion yen ($30 billion) would be added to electricity bills.

Experts debating policy at a government committee are pushing for an immediate end to the guaranteed rates for solar power.

Oba is not alone in being worried his green energy income will evaporate. Most Japanese who invested in solar had hoped the higher rates for renewable energy would continue for 10 years or longer. Oba fears some green outfits may go bankrupt. Even individual families that put solar panels on their roofs to provide green electricity for their own homes could see the perks they had counted on disappear.

Before the nuclear disaster set off by the March 2011 earthquake and tsunami, atomic power had provided about a third of Japan's energy needs. Resource-poor Japan imports almost all its oil and natural gas. With all 48 working nuclear reactors now idled, the costs of such imports have weighed heavily on the world's third largest economy.

Prime Minister Shinzo Abe's conservative pro-business government is determined to restart at least some of the reactors, and that plan is beginning with Kyushu Electric's two Sendai reactors, which the government says have cleared revamped, post-Fukushima safety standards.

Japan's energy policy, rewritten after the Fukushima crisis, set a goal for renewable energy including solar, wind, water and geothermal power to provide about 20 percent of energy needs by 2030.

Before Fukushima, renewable energy in Japan had been virtually zero.

U.S. solar companies have aggressively and nimbly set up shop in Japan, including First Solar Inc. and SunPower, in a reversal of the usual history of Japan Inc. being relatively closed to foreign businesses.

Softbank Corp., a Japanese telecommunications and Internet company, which has bought Sprint Corp. of the U.S., also moved into the solar business after Fukushima.

Softbank's founder and CEO Masayoshi Son turned against nuclear power and became an advocate of renewables after his mobile networking went dead in the absence of electric power from the nuclear accident.

The company has built or is planning 20 solar and wind-power facilities in Japan, and is even working on wind generation in the Gobi desert, confident that electricity will become deregulated and decentralized.

Hiroaki Fujii, who heads Softbank's renewable business, SB Energy Corp., said Japan needs to define the overall master-plan of what it sees as the "best mix" for energy including wind, solar and others, instead of blindly heading into a renewable push.

In the future, he believes communities will form around decentralized energy sources, instead of going to a giant utility.

He lamented the mishandling by the Japanese government on the initiatives, and demanded a more open debate.

"We did not learn from the mistakes of Germany," he said.

In Germany, as a result of green policies that began about 2010, and its decision to scale back its dependence on nuclear power after Fukushima in 2011, electricity bills skyrocketed and some people had their power turned off because they couldn't afford to pay.

Yasuhiro Goto, deputy director at the government's New and Renewable Energy Division, acknowledged that some serious sorting out was needed on solar applicants and the tariff system, and that would mean some people interested in the solar business would have to be turned away.

A limited approach had been considered from the start, he said, but the government opted for no limits because it wanted to encourage widespread participation in the green initiative.

Goto urged those who were exasperated, like Oba, to calm down, although he said a solution such as expanding grid access would take time.

"Wait and be patient," he said. "Our plan is going very well. It just went too fast."