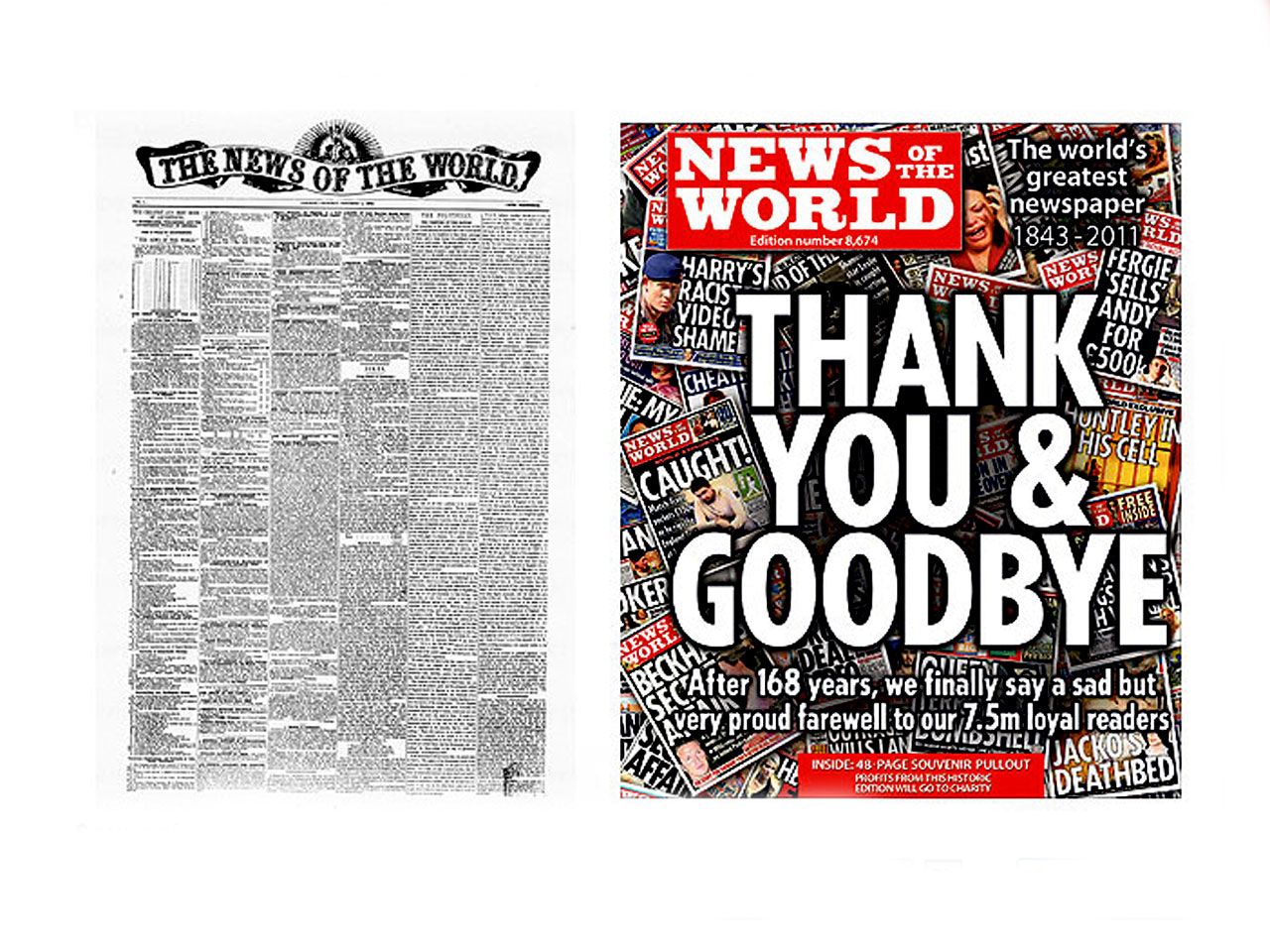 They helped build Rupert Murdoch's media empire with screaming headlines and breathless reporting on some of the U.K.'s most salacious scandals. In the end, the News of the World became a victim - some would say the sacrificial lamb - of its own epic scandal.

After 168 years, Great Britain's best-selling newspaper printed its 8,674th and final edition on Saturday. In recent weeks, it had been revealed that employees and contractors for the tabloid had been tapping the phones of sports stars, politicians, celebrities, dead girls and the families of dead soldiers and terrorism victims.

Despite its importance to Murdoch's News International and the considerable influence it brings to bear, it couldn't survive a scandal that reached almost every corner of English life.

The final edition had a headline that said simply: "Thank You & Goodbye."

Inside, the paper ran an editorial saying:

"We praised high standards, we demanded high standards but, as we are now only too painfully aware, for a period of a few years up to 2006 some who worked for us, or in our name, fell shamefully short of those standards. Quite simply, we lost our way. Phones were hacked, and for that this newspaper is truly sorry. There is no justification for this appalling wrong-doing. No justification for the pain caused to victims, nor for the deep stain it has left on a great history. Yet when this outrage has been atoned, we hope history will eventually judge us on all our years."

The entire staff left the building late Saturday, posing for pictures and talking to reporters from other papers. There are reports that the entire newsroom will become a crime scene.

CBS News correspondent Elizabeth Palmer reported that since noon on Friday, three people have been arrested: Clive Goodman, once the paper's royals editor; another man believed to be a private investigator; and Andy Coulson, a former NOTW editor who became the British Prime Minister's press adviser. He was allowed to go home again after questioning.

Many have openly wondered why Rebekah Brooks, the current CEO of Murdoch's news empire who was editor of the News of the World at the time of the alleged hacking, has not been arrested, and also why she has received the full support of her boss.

The fate of the paper's 200 staff members is still unclear, but many believe they have effectively been laid off by News International, even though most weren't even working at the paper at the time of the alleged scandal. The Daily Mail reports many are set to sue the company for unfair dismissal, which could cost the company as much as $22,443,400.

Murdoch told the BBC on Saturday that it had been "a collective decision" to close the paper.

Current News of the World editor Colin Myler, after leading staff from the building late on Saturday, told the BBC: "This is not where we want to be and not where we deserve to be. Now, in the best traditions of Fleet Street, we are going to the pub."