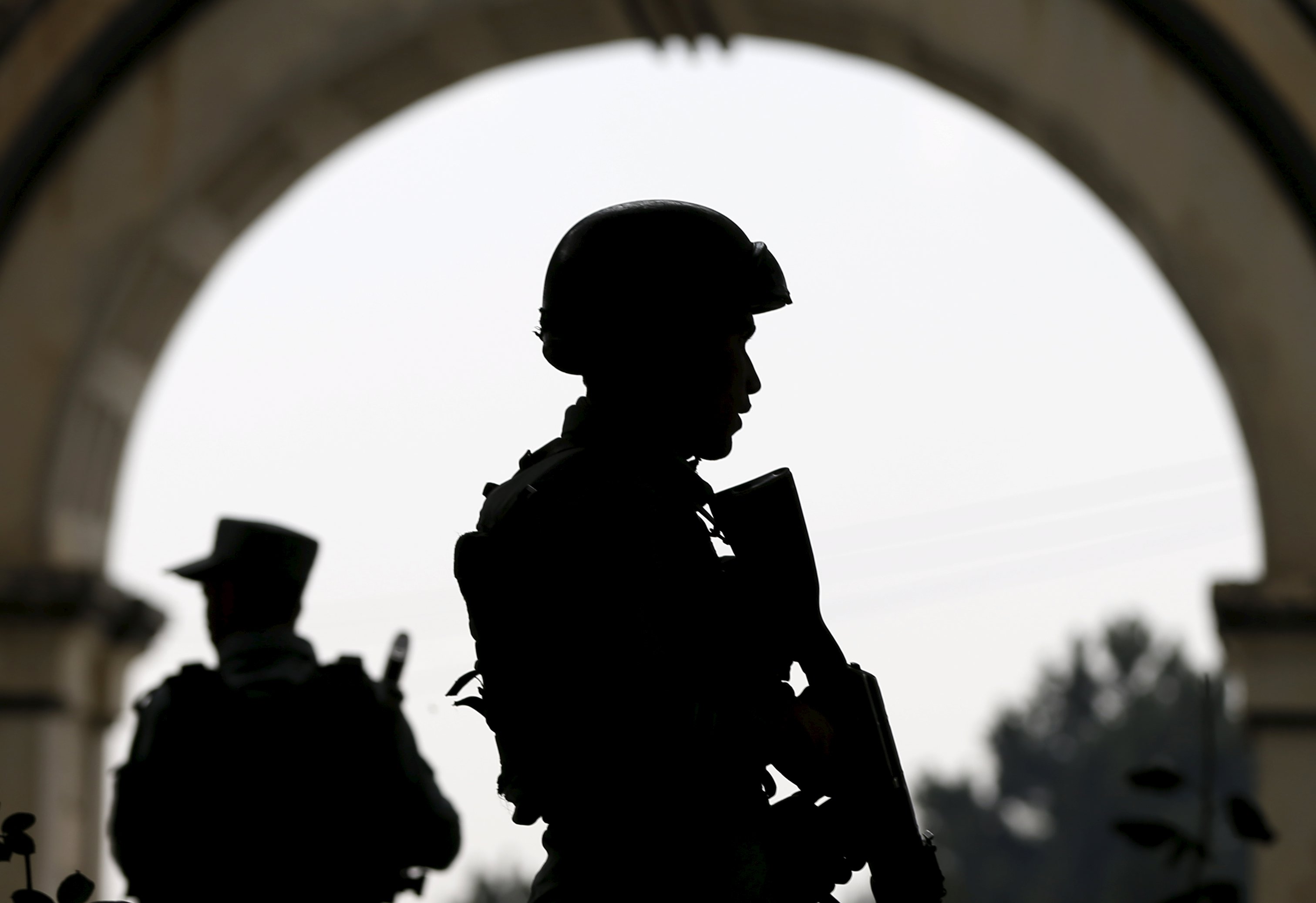 KABUL, Afghanistan -- At least 21 Afghan security forces were killed Tuesday in a series of attacks around the country, according to Afghan officials.

The first incident was a so-called "insider attack" at dawn in Afghanistan's northern Jawzjan province.

Provincial deputy police chief Abdul Hafiz Khashi said an Afghan Army soldier with links to the Taliban attacked fellow troops at a checkpoint at about 2 a.m. local time, killing 10 soldiers and making off with their weapons and other equipment.

He said four of the soldiers were killed by hand grenades and six others were fatally shot.

In another incident in the northern Balkh province, four police officers were killed Tuesday morning when a police vehicle struck a roadside bomb, according to Balkh provincial deputy police chief Abdul Razaq Qadiri.

Also, the Afghan Ministry of Defense said in a statement released Tuesday morning that seven Afghan National Army Soldiers were killed throughout the country as result of roadside bombs and enemy attacks overnight.