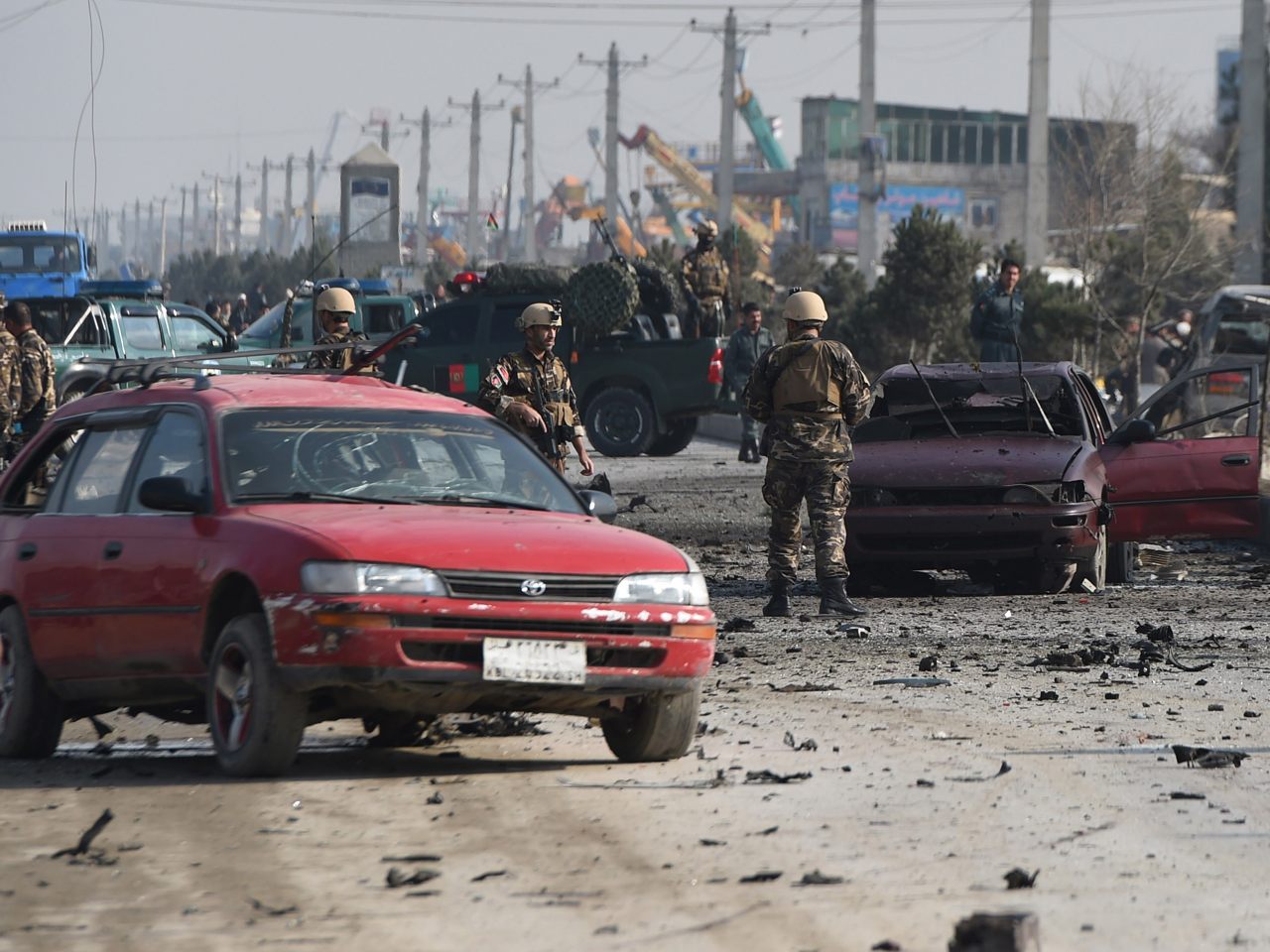 KABUL, Afghanistan -- A suicide bomber rammed a car packed with explosives into a British embassy vehicle in the Afghan capital on Thursday, killing at least five people, including a British security guard, officials said.

An Afghan national who was driving the vehicle was also killed, and a second British security guard was wounded, Britain's Foreign Secretary Philip Hammond said in a statement.

Afghanistan's Interior Ministry spokesman Seddiq Sediqqi confirmed that four Afghans were killed in the attack and said another 33 civilians were wounded. Earlier the British Embassy said no diplomats were riding in the car at the time it was hit.

"I am deeply saddened to confirm that a British national civilian security team member and an Afghan national working for the embassy were killed in the incident. A second British member of the security team was injured," Hammond said. Families of the victims had been informed, his statement said, but gave no further details.

Police said that a car packed with explosives rammed the heavily armored British embassy vehicle, exploding on impact and sending a huge plume of dust and smoke into the air. The midmorning attack happened on the traffic-choked road between Kabul and Jalalabad city.

Witnesses said at least a dozen civilian cars were damaged by the blast, and the road was strewn with smoldering debris from the British vehicle. Video footage showed the roof of the embassy jeep had been blown off and flung about 50 feet along the road, an indication that it was a powerful blast, as the vehicles are built to withstand substantial impact.

Taliban insurgents claimed responsibility for the attack in a brief statement.

The area of the blast in eastern Kabul has many foreign compounds and international military installations. In recent weeks, suicide bombers have launched attacks on military convoys in the area and on compounds housing foreign service companies and their international employees.

In fact, later Thursday, Taliban fighters staged an attack in an upscale district of Kabul. Witnesses described multiple explosions and bursts of gunfire in the Wazir Akbar Khan district, which contains numerous foreign embassies and compounds housing international agencies and companies, as well as the homes of some senior Afghan government officials.

Kabul Police Chief Gen. Mohammad Zahir said there were three explosions followed by extended gunfire. A Taliban spokesman said the intended target was a guesthouse in the district occupied by foreigners. The spokesman, speaking on condition of anonymity, refused to give further details, adding only that the target of the attack was, "enemies."

At least one Nepali guard at the office of International Relief and Development was wounded.

The attack on the British embassy vehicle is the first on a diplomatic target in Kabul for some time, as most embassies are secured behind high concrete blast walls with razor wire and guards with automatic weapons.

In September 2011, insurgents launched a complex attack involving suicide bombers and gunmen on the diplomatic area of Kabul -- close to the U.S. Embassy and NATO's headquarters -- that lasted around 20 hours and left seven people dead, none of them U.S. citizens.

Kabul has come under almost daily attack as insurgents intensify their war on local security forces and U.S. and NATO troops, who are set to officially conclude their combat role in the country at the end of next month.