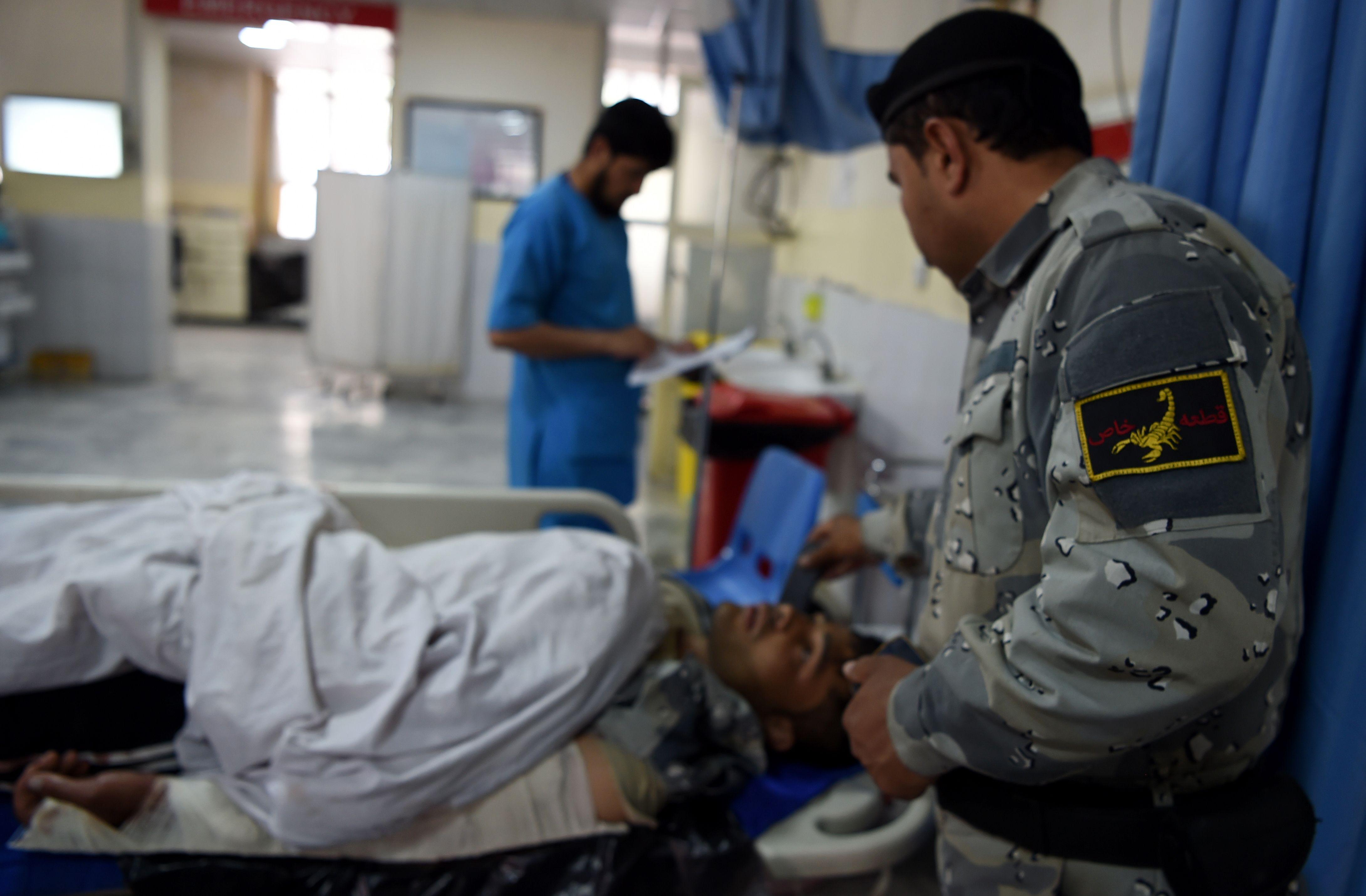 KABUL, Afghanistan -- The area around the Afghan Interior Ministry was rocked by several loud explosions and gunfire on Wednesday, in what appeared to be the latest in a series of attacks in Kabul. Nasrat Rahimi, deputy spokesman for the ministry, confirmed the attack.

A local affiliate of the Islamic State of Iraq and Syria (ISIS) in Afghanistan claimed the attack in a statement published online. Both the ISIS affiliate and the Taliban have launched several attacks in Kabul in recent months, killing hundreds of people.

Minister of Interior spokesman Najib Danish said there were two explosions at the first gate of the ministry compound and the attackers managed to breach the first checkpoint and engage security forces between the first and second checkpoints. The attackers did not manage to enter the main compound.

Danish said 10 attackers were involved; three with suicide vests and seven others armed with weapons and wearing military style uniforms. Danish said that based on initial information one police officer was killed and five others injured. He said the situation was under control right now, and all the attackers appeared to be dead.

He said there may also have been civilian casualties but those details would be released later. Danish said that some of the terrorists still had their suicide vests intact and technicians were defusing the devices.

Another four police and eight civilians, including two children, were wounded in the attack early Wednesday, said Shah Poor Ahmadzai, spokesman for the provincial police chief.

He said the attackers set off a suicide car bomb at the entrance to the station before three suicide bombers tried to enter. He said all three were shot and killed by security forces within minutes of the initial attack, adding that a number of nearby homes were damaged.

The Taliban claimed the attack.