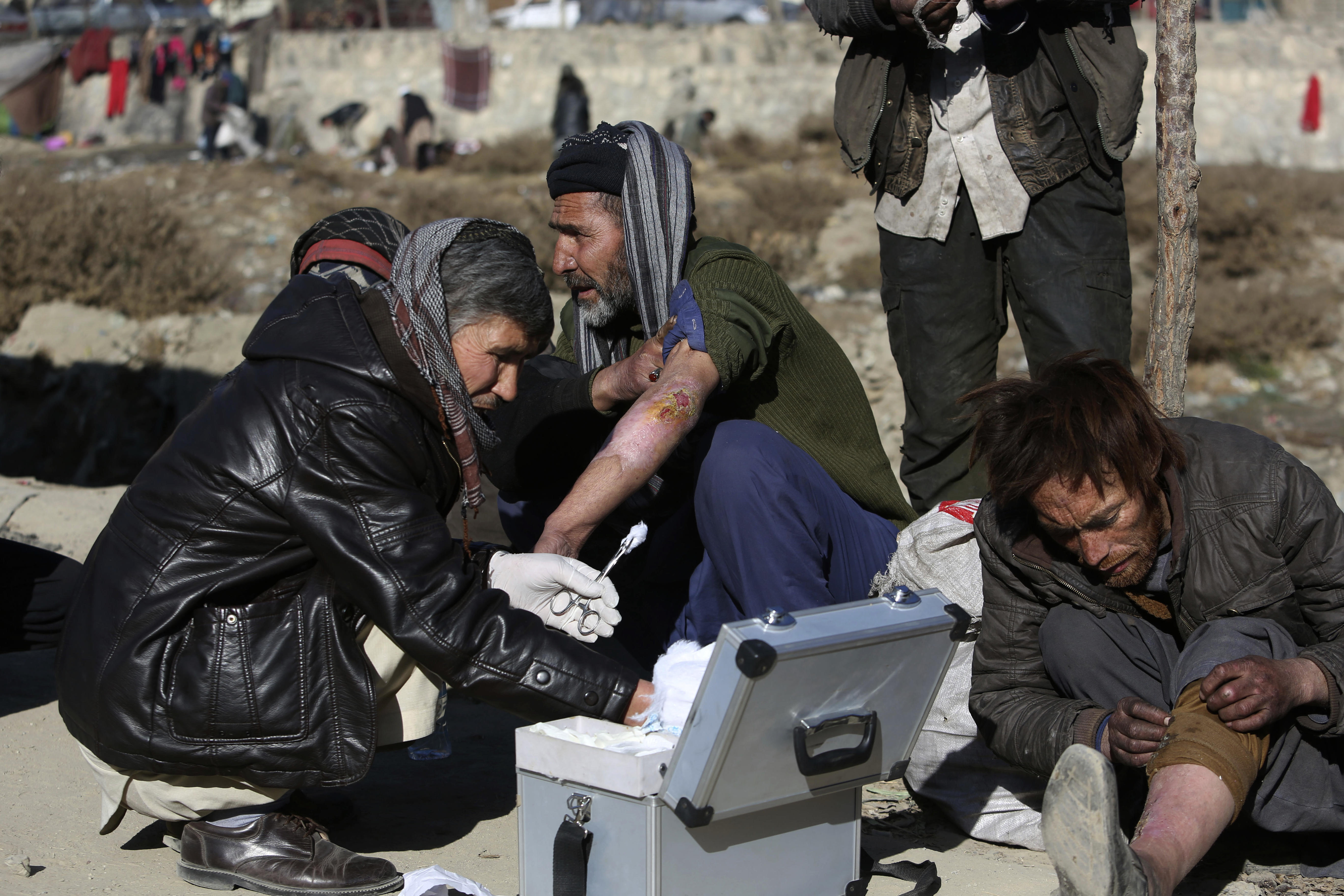 KABUL, Afghanistan -- Raheem Rejaey was a drug addict for 17 years. He lived under bridges in Kabul or in the ruins of buildings. His clothes reeked. In his misery, he tried suicide several times, he said, once intentionally overdosing and lying unconscious in a street for two days, undiscovered.

So he can feel the pain of other addicts as he searches for them in the streets of the Afghan capital. Clean for six years, the 54-year-old Rejaey volunteers for the Bridge Hope Health Organization, a group made of up of former addicts like himself who help get care and counseling to drug users.

It is an overwhelming challenge: Afghanistan has one of the highest rates of drug use in the world, with an estimated 3 million addicts, around 10 percent of its population of 30 million. The government struggles to provide services, but can’t keep up as the numbers of addicts grow in the country, which is the world’s main source of opium and heroin.

Authorities have established treatment centers, and police with health officials often round up addicts from the streets and bring them to the centers. Billions of dollars have been spent on counter-narcotics campaigns in the past decade, including encouraging poppy farmers to switch to other cash crops.

Still, officials say the number of drug users is growing. Most addicts come from the millions of Afghans who work in neighboring Iran and Pakistan, where narcotics are even more of a problem.

The 10 volunteers at Bridge tour Kabul districts where addicts are most plentiful and provide basic help to 15-30 a day, such as counseling and referrals to drop-in centers where they can get screened for HIV. They often find old friends.

“My health was really bad when I was an addict, I was hoping to die,” Rejaey told The Associated Press. “When I became healthy and gave up addiction, I decided to devote my life to serving these people, because ... I knew there is no one who will care for them.”

The ranks of Afghanistan’s addicts include more than 1 million women and more than 100,000 children, said Abdul Manan Azadmanish, director of drug demand reduction for the Public Health Ministry.

“It is a big disaster,” he said, speaking at a Kabul rehabilitation center as police brought in several hundred addicts for treatment.

There are believed to be at least 40,000 intravenous drug users in Afghanistan, making them vulnerable to HIV and other infections. The U.N. estimates that around 7,000 people in the country live with HIV and believes the epidemic is mainly centered among those injecting drugs.

Non-governmental organizations are as overwhelmed as the government.

The Bridge organization has a very small budget. Its volunteers take public buses in their neighborhood tours to cut costs, Rejaey said.

Reza Gul Jan, another volunteer, became an addict while living in Iran. He stopped taking drugs six years ago and says his heart breaks when he now sees addicts. “But a sense of humanity drives me to come here to help them,” he said.

The Taliban, which have been waging war against the Afghan government since 2001, are heavily involved in poppy growing. The militants’ growing control over the poppy fields in the south meant government eradication efforts almost completely halted, while cultivation of the flower grew by 10 percent.

As a result, Afghanistan’s potential opium production increased 43 percent to 4,800 tons in 2016, according to Salamat Azimi, Afghanistan’s counter-narcotics minister.

Atiqullah, a 28-year-old in Kabul, was once a well digger with a decent salary. But over the course of 11 years of addiction, his life and health fell apart. He now lives under a bridge in western Kabul, unable to walk.