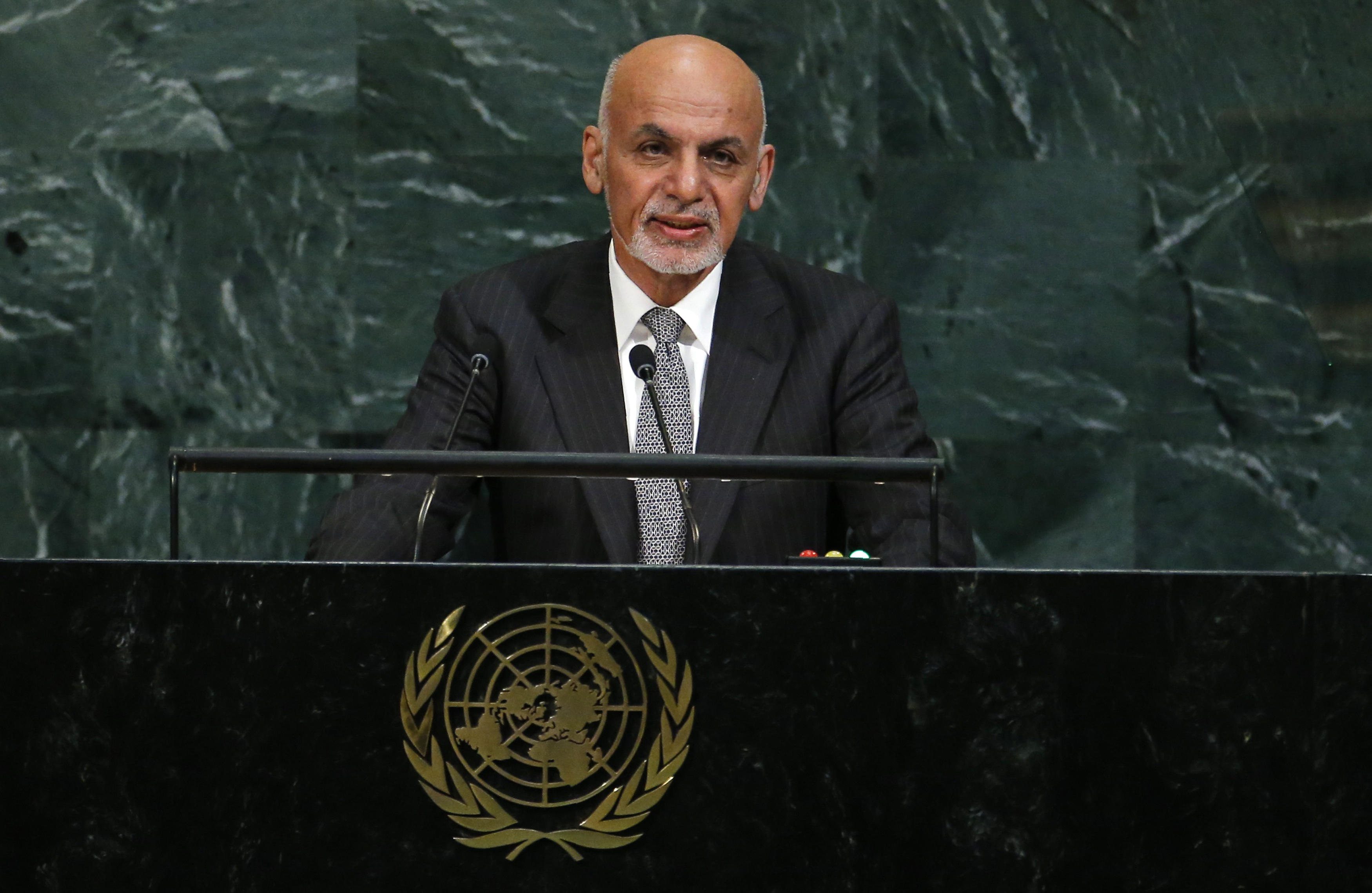 WASHINGTON -- Afghanistan President Ashraf Ghani says the Trump administration has a four-year objective to bring 80 percent of the country back under the government's control.

President Trump so far offered few specifics of his plan for Afghanistan where the Taliban currently hold sway in nearly 50 percent of the country.

Mr. Trump said that he doesn't want to discuss military tactics, timetables or troop numbers, although senior officials have said the president' plan involves sending up to 3,900 more U.S. troops on top of the roughly 8,400 Americans currently there.

"The four year plan involves the goal of really bringing 80 percent of the territory of the country under control," Ghani told National Public Radio in an interview that airs Thursday.

Ghani said the U.S. strategy is three-fold -- double the size of the Afghan commando force and elevating it from a division to a corps command, bolster Afghanistan's military airpower and overhaul military leadership as part of broader reform of the Afghan security forces. Ghani stressed that U.S. troops will continue to advise, assist and train Afghan forces and will not return to a combat role.

"We have six ground army corps commands in various parts of Afghanistan," Ghani said. "The advisers will be working now at the division level to make sure that the systems processes are there.

"We ourselves are changing management and leadership. Our minister of defense is under 40. A new generation is taking over," he said, adding that older generals are being honorably retired. "The overhaul of the security forces is proceeding very well. It's on course."

In August, Mr. Trump announced what he called a "conditions-based approach" to evaluating troop levels or further military operations in Afghanistan, as opposed to an approach based on "arbitrary timetables."

Asked last month about recent military accidents that have resulted in the deaths or injuries of over 50 troops since June, Defense Secretary James Mattis told reporters, "After we find the specifics (as to what caused each accident)," we will see "what are the circumstances surrounding those issues."

But as for whether the accidents are a result of sequestration cuts, he responded, "I'm not willing to say there is a direct line between sequestration and what happened."