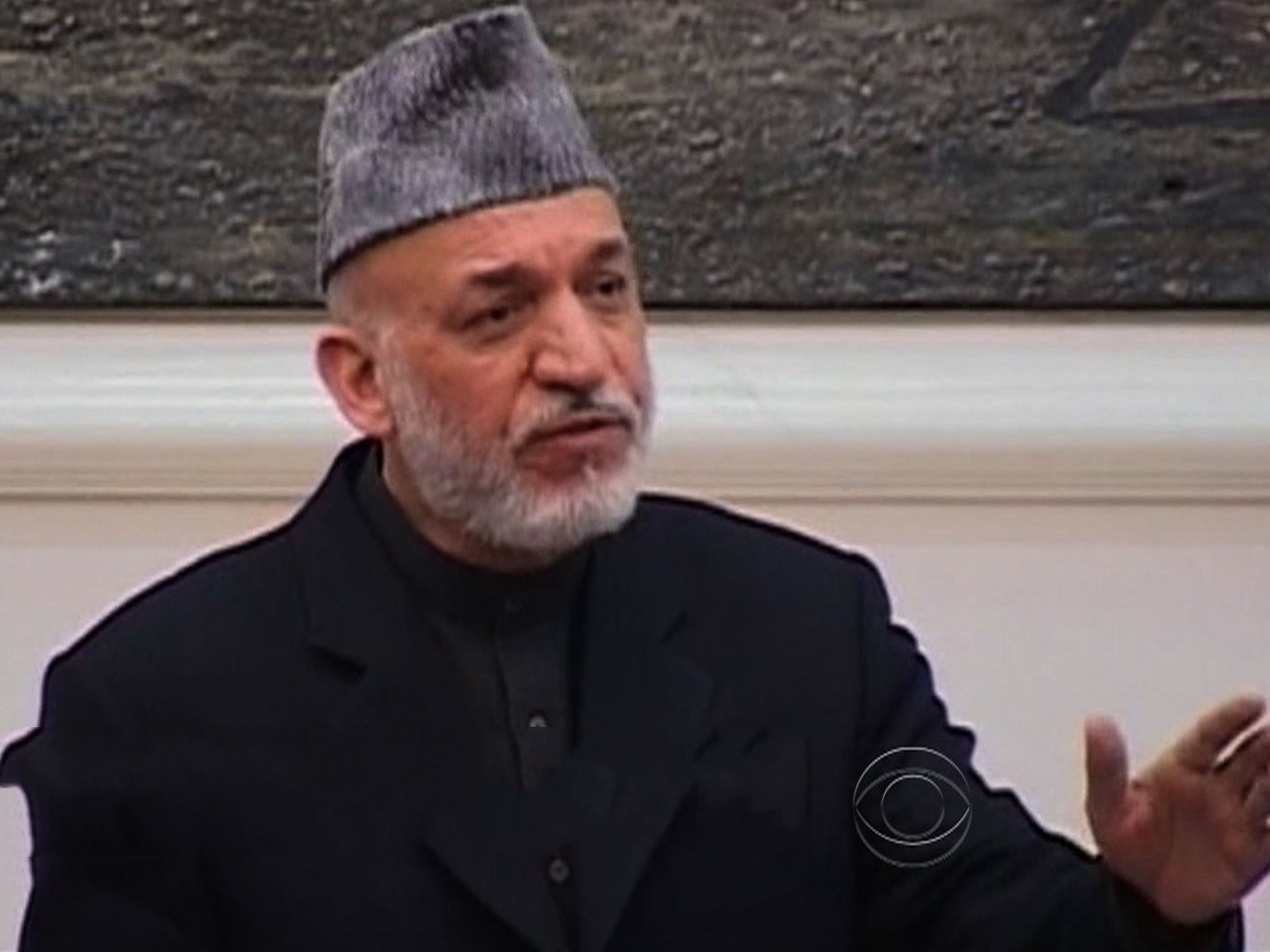 (CBS/AP) U.S. defense officials say the death toll in the massacre of Afghan villagers is now 17.

Defense officials said Thursday that investigators have increased the number of dead from the widely reported 16, but they were unable to immediately explain the change. They spoke on condition of anonymity because the investigation into the shootings is continuing.

Army Staff Sgt. Robert Bales allegedly gunned down Afghans on March 11 as they slept in their homes in two southern villages. He is expected to be charged Friday in the deaths and is in custody in a military prison at Fort Leavenworth, Kansas.

There was initial confusion about the number of dead in the immediate aftermath of the shooting, but Afghan and U.S. officials had said 16 for the past week.

Meanwhile, tensions between the two countries remained high. Afghan President Hamid Karzai said Thursday his government is "taking a magnifying glass" to proposals for the country's strategic partnership deal with the United States.

In a speech at the graduation ceremony for Afghanistan's military academy, Karzai also reiterated a pledge that any deal reached will respect Afghan sovereignty.

Talks on the pact, which will set the rules for U.S. troops who stay on after the majority of combat forces leave in 2014, have stalled on several occasions in recent months as Karzai has demanded more control over how American forces operate in the country.

Afghan and U.S. officials both say they want to sign the deal by a NATO summit in May. However, Karzai vowed Thursday that no detail will be overlooked in the push to get a deal inked.

"We are taking a magnifying glass in our hand and looking at even the tiniest items," Karzai said.

He applauded recent progress on two issues that had threatened to derail an agreement: U.S. detainees and night raids by international forces.

The two governments signed a deal earlier this month on how to hand over control of the some 3,000 Afghan detainees held by the United States. Karzai also said progress is being made toward an agreement on how night raids would be conducted. The Afghan president has called for international forces to be barred from taking part in night raids, a proposal that NATO strongly objects to, saying the raids are essential to capturing insurgent leaders.

U.S. officials have said that one compromise being discussed would involve getting a warrant from an Afghan judge to conduct the raids jointly.

The key issue for Karzai is national sovereignty — that Kabul will control how forces operate in the country.

"The security of Afghanistan will come from the sons of Afghanistan, according to the Afghan constitution," he told the assembled graduates.

The negotiations are taking place as Afghan-U.S. relations have grown increasingly strained this year. This year has seen outrage over an Internet video showing Marines urinating on supposed Taliban corpses, deadly riots and attacks over the burning of copies of the Quran at a U.S. base and then, just a little over a week ago, the killing of 17 Afghan villagers allegedly carried out by a U.S. soldier.

Villagers previously reported 16 dead, but U.S. defense officials said Thursday that the death toll was one higher. They were unable to immediately explain the change and spoke anonymously because the investigation into the shooting is continuing.

Most Afghans still say they want international forces in the country helping to keep the peace and that it is just a matter of figuring out what rules they should govern their operations.

As the political wrangling has continued, so have the attacks. On Thursday, a suicide car bomber blew himself up at a security checkpoint near a police station in southern Afghanistan, killing two children, officials said.

Another assailant tried to enter the police station just after the blast and was shot dead by police, Razaq said.