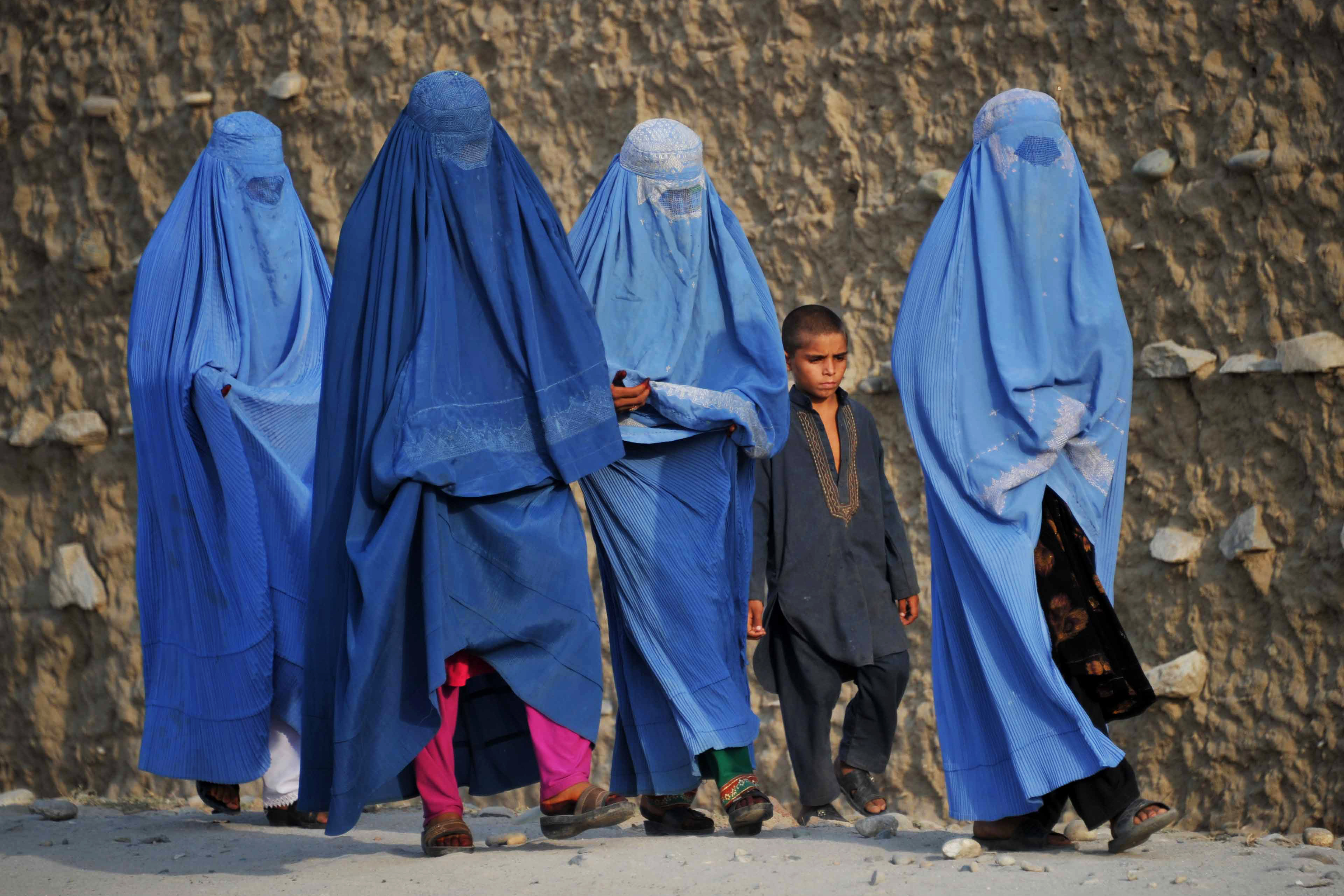 KABUL, Afghanistan -- A new draft law in Afghanistan that would limit testimony in domestic violence cases is drawing international outcry, with activists warning it is part of a broader trend toward rolling back women's rights in the nation.

Afghanistan's parliament last month approved changes to the country's criminal code that would prevent relatives of alleged abusers from testifying against them. Legal experts say this would have a chilling effect on prosecutions involving violence against women, where relatives are often the only witnesses.

As the law awaits final signature from President Hamid Karzai, a growing chorus of Afghan activists and of Kabul's Western allies alike are urging him to veto the legislation.

The issue is buried in about 100 pages of Afghanistan's new criminal code - labeled Article 26. While it does not specifically mention women or domestic violence, Article 26 bars a broad swath of "relatives" for acting as witnesses - an issue in a country where the bulk of violence against women is committed by or in front of family members, especially given how restricted freedom of movement is for many women.

In practice, legal experts say, it would mean that a woman cannot testify that her uncle raped her, that a mother who sees her daughter beaten by her father or brother, cannot testify, that family members witnessing a young woman being forced into marriage by her father cannot be used in a prosecution, that a sister or brother who witnesses an honor killing cannot be questioned.

They say it would mean there would have been no short-term justice for Sahar Gul, a child bride who became the bruised and bloodied face of women's rights in Afghanistan when it emerged that her in-laws had kept her in a basement for six months after her arranged marriage, tortured her with hot irons, and ripped out her fingernails.

Her in-laws were sentenced to 10 years in prison - an outcome that never would have been possible if Gul's relatives were unable to testify.

Kimberley Motley, who represented Gul, called the new legislation a "catastrophic nightmare for women's rights" in Afghanistan and goes against the nation's constitution and Shariah law.

One rationale for Article 26 appears to be to prevent people from being forced to testify against relatives. However, when the upper house of parliament revised the wording to allow relatives to testify voluntarily, a parliamentary commission went back to the earlier broad ban.

Motley said while the rationale is unclear, one clear effect will be dissuading women from reporting that they are victims of crime.

"It's already bad enough - all the obstacles they go through to report a crime - and this law will make it nearly impossible for them to have the legal standing to even try to report a crime," she said.

While Karzai's office has stayed silent on the matter, Justice Ministry Official Mohammad Asharf Azimi said Tuesday that given the recent concerns raise by human rights organizations, a meeting will be held by "relevant authorities" on Wednesday to discuss Article 26.

Azimi acknowledged there is ambiguity in Article 26 that needs more clarification.

Gul's case - and many others - are prime examples of why Karzai should not sign the law or have it amended, according to a growing number of international voices.

Human Rights Watch has said doing so would be "effectively silencing victims of domestic violence and forced or child marriage and their family members who have witnessed abuse."

The European Union's foreign policy chief, Catherine Ashton, said signing the legislation would be "a serious backward step" for the rights of women and girls in Afghanistan.

The U.S. Embassy in Kabul said Thursday that, "like others," it too is "extremely concerned" about the changes to the criminal procedure code and has raised those concerns both with Afghanistan's Parliament and government.

"We will continue to urge the government of Afghanistan, as we do countries around the world, to uphold its human rights commitments and protect the rights of women and girls," it said in a statement.

"Deeply concerned at reports that women's protection is threatened in Afghanistan," she said on Twitter. "We can't allow progress to be lost."

Women have won back many of the rights they lost during Taliban rule from 1996 to 2001, when the Islamic movement was ousted by an American invasion following the Sept. 11 attacks against the United States. Under the Taliban, girls were barred from attending school, women were forced to stay indoors and cover their heads and faces with burqas.

There are fears that many of those freedoms may shrink as foreign forces depart by the end of this year and much of the international aid and assistance they brought to Afghanistan goes with them.

Afghanistan in 2009 enacted its Elimination of Violence Against Women law (EVAW) which criminalizes child marriage, selling and buying women to settle disputes, assault and more than a dozen other acts of violence and abuse against women.

The U.N. mission in Afghanistan has said that the law has seen Afghan authorities register more reports of violence against women under the law, but that prosecutions and convictions remained low.

Activists warn that passing the change to the criminal code would effectively dismantle any progress made by EVAW - and say Article 26 is one more strand in a chain of events signaling an erosion of freedoms ahead of the foreign combat troop withdrawal.

"There's a real likelihood that what this law will do is it will make it impossible for any woman to win in court against an abuser," said Heather Barr, Afghanistan researcher with Human Rights Watch. "That will deter other women from bothering to try, will deter women from reporting crimes to the police and it'll make women think that everything is the same as it always was, that women have no option except to tolerate whatever is done to them."

Particularly worrying, she said, is that it didn't "come out of the blue."

In recent months, lawmakers have argued to repeal the EVAW, while a newly appointed member of Afghanistan's Independent Human Rights Commission has done the same and students have mounted protests to have it repealed. There have been high-profile attacks on female lawmakers and security forces. Meanwhile, a proposal circulated to reinstate public execution by stoning for adulterers - but was abandoned after it was leaked in the press.

The new law is "not an isolated incident of the government doing something harmful to women's rights," she said. "It's the latest in what's been a pretty relentless series of attacks on women's rights."