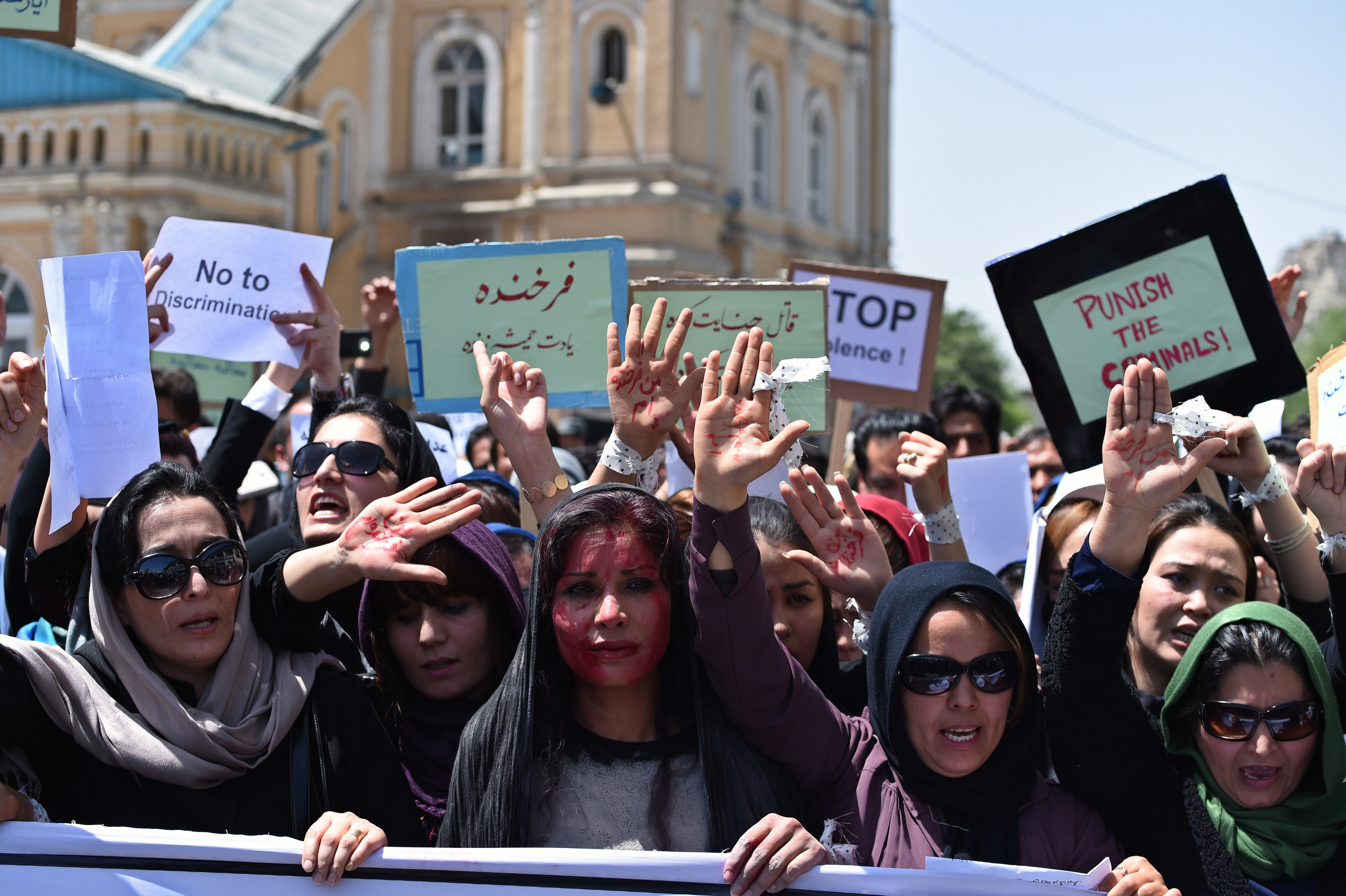 KABUL, Afghanistan - An Afghan court has overturned the death sentences for four men convicted of taking part in the mob killing of a woman outside a Kabul shrine, a judge said Thursday.

Three of the men convicted of the murder of Farkhunda Malikzada in March were instead given 20-year sentences, and the fourth was sentenced to 10 years, said Appeals Court Judge Abdul Nasir Murid.

The ruling was made in a closed-door hearing on Wednesday and first reported by the independent Tolo TV. Tolo said the court acquitted the peddler at the shrine who allegedly incited the mob by falsely accusing Malikzada of burning a Quran.

Word of the court's decision outraged her family, which has no legal representation in the case and had not been directly informed of the change in sentencing.

"The verdict of 20 years means freedom, it means they will be released. We want the earlier decision for the death penalty," Malikzada's brother Najibullah, 37, told The Associated Press.

Lawmakers and activists also criticized the decision, saying the court had bowed to the conservative religious establishment and failed to uphold the rule of law.

"This is against the constitution. The courts should be open to the public, and this closed-door hearing undermines the credibility of the sentences," said Shukria Barakzai, a lawmaker and women's rights advocate.

"Farkhunda's case does not just belong to her family anymore, it belongs to all the people of Afghanistan who need assurance that they can have confidence in the law, in the rule of law."

The mob killing led to calls for reform of the judicial system - long plagued by corruption, partisanship and incompetence - and stronger protection for women from violence.

After the peddler at the Shah-Du Shamshira shrine falsely accused Malikzada of burning a Quran, a mob attacked her as police watched. After punching, kicking and beating her with wooden planks, the crowd threw her from a roof, ran over her with a car and crushed her with a block of concrete. They then set her body alight on the bank of the Kabul River.

A makeshift shrine with a green flag of martyrdom was erected at the spot on the riverbank where her body was dumped. The attack was filmed by many in the mob, and the footage widely distributed on social media.

Human rights activist Ramin Anwari said the government had given in to conservative clerics, many of whom had said the attack would have been justified if Malikzada had desecrated a Quran.

"If these people are sentenced to death in a case that appears to hinge on the burning of a Quran, then people will think twice in the future about taking such actions against people who act against religion -- in which case rule of law will have won. They don't want that," he said.

While Rula Ghani, the wife of President Ashraf Ghani, has said that the case highlights the violence at the heart of Afghan society after more than three decades of war, the government has largely remained silent.

Najibullah said quashing the death sentences "is the decision of Afghanistan's corrupt judicial system." He said he still had faith in the government, but said that "if justice doesn't happen then we will leave the judgment to the Afghan nation and to the whole world."