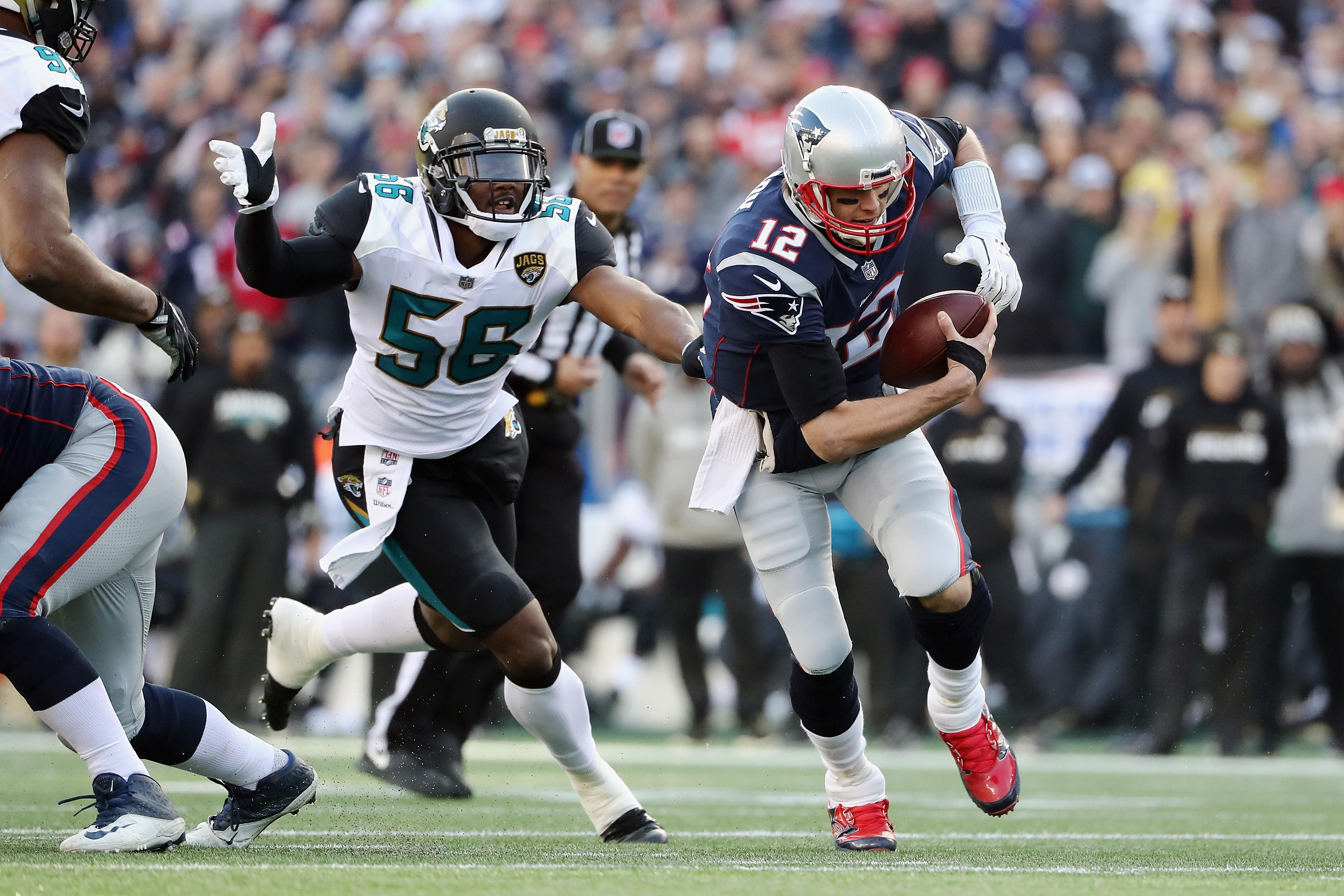 COMPLETE COVERAGE: See more about the NFL from CBSSports.com

Tom Brady shook off a hand injury and threw a 4-yard touchdown pass to Danny Amendola with 2:48 remaining, rallying the Patriots with a comeback victory over the Jags. The Patriots will advance to their 8th Super Bowl for coach Bill Belichick and Brady.

Brady, wearing a black bandage on his right hand, showed no signs of being hampered. And, with the game -- and possibly the season -- on the line, the Patriots star came up big again.

Brady finished 26 of 38 for 290 yards and two touchdowns for the Patriots (15-3), who'll play the winner of Sunday night's game between Minnesota and Philadelphia in Minneapolis on Feb. 4.

CBSSports.com tweeted out the following image: ALL HE DOES IS WIN

The Jaguars (12-7) led 20-10 early in the fourth quarter, but couldn't hold against the defending champions.

Brady addressed the crowd of fans Sunday night as seen in this tweet below: