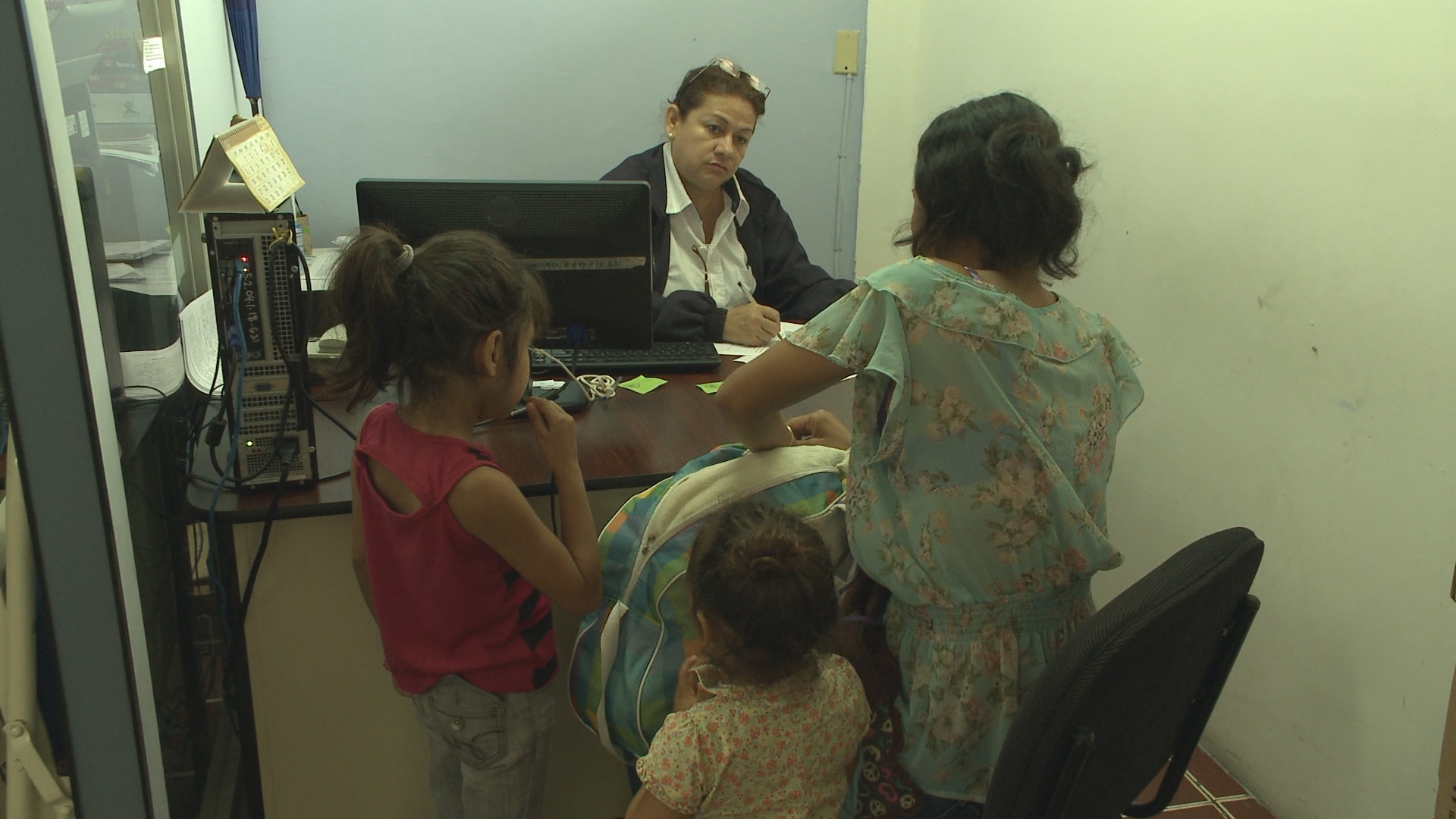 The Obama administration's plans to conduct raids and deport hundreds of people who fled violence in Central America is spurring advocates to ask the president to halt the plan and reassess the crisis.

At a time when the U.S. has pressed its European counterparts to keep their borders open to refugees fleeing the Syrian civil war, it would be an "embarrassment" to use such aggressive tactics against refugees at its own border, said Greg Chen, the advocacy director for the American Immigration Lawyers Association (AILA).

Roundups of families, Chen said, would be "a huge step back from our commitment to keeping our borders open to refugees."

CBS News Homeland Security Correspondent Jeff Pegues reported that the raids -- which would be carried out by Immigration and Customs Enforcement (ICE) agents -- could begin as early as next month. The agents would target people who were ordered out of the U.S. after fleeing from Honduras, El Salvador and Guatemala. The Washington Post, which broke the story, said more than 100,000 families with both adults and children have come since last year.

"[I]f individuals come here illegally, do not qualify for asylum or other relief, and have final orders of removal, they will be sent back consistent with our laws and our values," a spokeswoman for the Department of Homeland Security (DHS) said, echoing what Secretary Jeh Johnson has said publicly.

Immigration advocates complain that little has changed in the government's treatment of Central Americans, whom they tend to see more as illegal border crossers, rather than refugees seeking safety.

The fact that some of these undocumented immigrants have trouble navigating the legal system here isn't helping their case. But their advocates say those under deportation orders after they failed to show up for a court date may simply have been ignorant of the proceedings. They may not have understood that they were expected to appear, or that they would be allowed to plead their case.

The families apprehended when the surge first began in 2014 "were given no information about what they were supposed to do," Michelle Brané, the Director of the Migrant Rights and Justice Program at the Women's Refugee Commission told CBS News. "They weren't given clear documents about court dates, they weren't given clear documents about how to get an attorney or what their rights were."

"It's not illegal to ask for protection, and we should stop treating them as if we're violating a law. They're asserting their international right to protection," she added.

Both Chen and Brané pointed to recent data from U.S. Citizenship and Immigration services that showed 88 percent of mothers and children who were detained in Pennsylvania and Texas earlier this year had demonstrated in an initial interview that they had credible fear of returning to their home country -- meaning they could be found eligible for asylum by an immigration judge.

Some of the advocates who spoke with CBS News said they have been bracing for a move like this for some time, and they feel it's consistent with the administration's treatment of Central American refugees since 2014.

"They've been signaling right from the beginning of the central American crisis that they're not happy about people being here, and they're finding any opportunity they can to crack down on people," Wendy Young, president of Kids in Need of Defense, told CBS News.

But they still say the timing is especially bitter, given the season and the way the president usually speaks about immigrants and refugees. In recent weeks he has berated Republicans for their outspoken opposition to accepting Syrian refugees and reaffirmed his pledge that the U.S. will welcome 10,000 of them. He has also used his executive authority to defer deportation for millions of immigrants in the country illegally.

"The president gave such a gorgeous speech," during a naturalization ceremony earlier this month, said David Leopold, an immigration attorney and former AILA president. "He mentioned refugees, he mentioned what America is about, and then to turn out and find out on Christmas Eve that DHS, part of his administration...is planning this expulsion of people who happen to have removal orders from immigration judges is appalling."

Brané added that in the wake of Republican rhetoric about keeping Muslims out of the U.S. "this just looks really bad to me."

Democrats looking to succeed him in office are critical. In a statement, Sen. Bernie Sanders, I-Vermont, said he was "very disturbed" by the news reports.

"Our nation has always been a beacon of hope, a refuge for the oppressed. We cannot turn our backs on that essential element of who we are as a nation. We need to take steps to protect children and families seeking refuge here, not cast them out."

Hillary Clinton did not weigh in Thursday but she recently said the administration had enforced the immigration laws very "aggressively."

On the other hand, Republican front-runner Donald Trump took credit.

Because the plan has not received final approval, the advocates still hope President Obama will reverse course. Leopold said an immigration judge's deportation order is an "administrative" conclusion, not a legally binding one, "that can be reversed with the stroke of a pen."

"The president has the authority to put a hold on these deportations and he should," he said.

Advocates like Chen want the administration to take more steps to protect those arriving from Central America, including providing better information about their legal rights and obligations and more access to attorneys. He would also prefer to see the government use professionals with background in social work or child welfare services conduct interviews rather than armed border patrol agents.

The legal and advocacy communities have been working to line up more pro bono representation to assist the arriving refugees, but it's still a struggle to get the information directly to the migrants. Brané says lawyers are not allowed into border patrol stations to brief immigrants on their rights and responsibilities - like appearing before a judge.

"There's no right to an attorney at government expense on immigration cases but they are critical -- life or death cases -- and they're not easy to argue yourself," she said.

More broadly, Young told CBS News that the administration needs to reevaluate whether people arriving at the border are receiving a full, fair and objective hearing about the circumstances that have pushed them to flee their home countries.

"The root cause is violence that is perpetrated by gangs and narco-traffickers," she said.

Congress recently appropriated $750 million for "engagement in Central America," $250 million less than what the president requested.

It will be a slow process, though. "You have to invest in education systems and child welfare systems and judicial systems...[and] law enforcement effort that's grounded in an understanding of human rights....None of that is going to happen overnight," Young said.