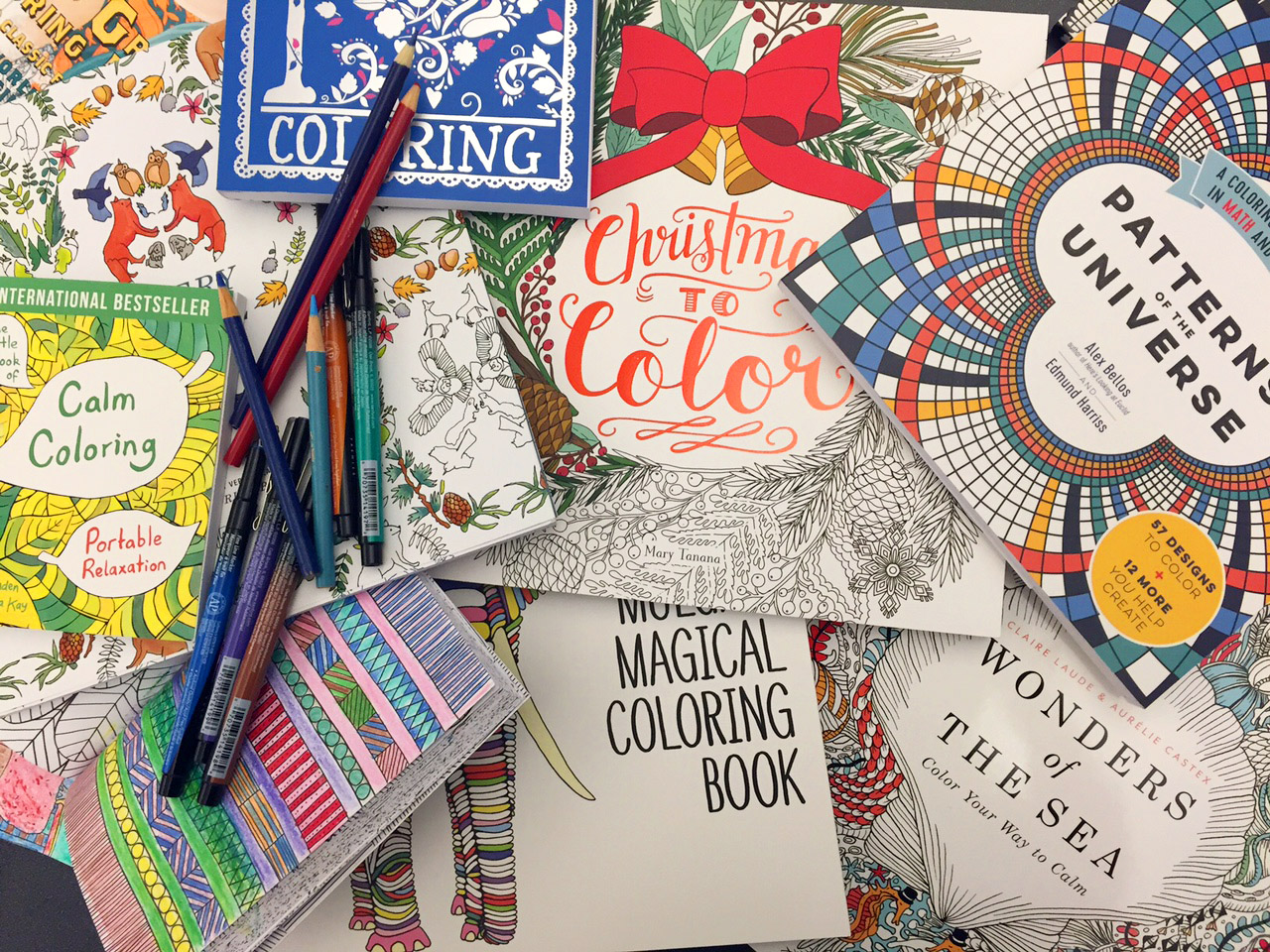 DEFOREST, Wis. -- Adults caught up in the coloring book craze now have new and more social ways to participate: through libraries and meetup groups.

Libraries across the country are holding adult coloring programs more and more in response to the spike in interest, according to the American Library Association, including New York City, Denver and Milwaukee. There are also groups popping up through Meetup.com.

"People just love this. . I think they feel successful, like they've finished something," said Jane Henze, the adult-programming director at DeForest Public Library near Madison, Wisconsin. "The neat thing about it, as far as stress goes, you're concentrating on something, you're not thinking about what's going on at home or at work."

She started the library's free program this summer with colored pencils, snacks and photocopied images after seeing the success at another nearby library. They now do it twice a month, with between 11 and 16 people. So far, it's been mostly middle-aged women, although two men attended.

The popularity of coloring is evident when you walk into any bookstore, many of which have coloring books prominently displayed. This month coloring books took up the top 10 spots on the New York Times best-selling list of games and activities, up from nine in December.

Carrie Danhieux-Poole, art therapist at Froedtert & the Medical College of Wisconsin, said art therapists use coloring as an easy way to get people into other forms of art.

"They feel more focused, they feel more relaxed, maybe they report any anxiety they might have been experiencing having decreased with the adult coloring," she said.

In Raleigh, North Carolina, a healthy living group that organizes through Meetup.com tried coloring for the first time at a local restaurant this month. Eight people showed up, their best attended gathering yet. They also have a waiting list for the next one.

One of the participants, Sophie Dangtran, 60, started coloring a few years ago when she was diagnosed with breast cancer. She's now in remission and recently picked it up again - with different results.

"I find the healthier I get, the more colorful my designs are," she said.

Over the summer, CBS News did a story on adult coloring books and the meetups that have sprung up as a result of the craze.

"It's almost hypnotic -- the scratching of the pencil on the page; you're creating something beautiful that you might not do under other circumstances," Jean Roberts told CBS News.

Last April, Roberts posted a message on Facebook inviting other adults to color with her. That led to the creation of the Cornwall Coloring Club, a monthly group that sips, shades and socializes. The goal is to unplug from the digital and immerse in the analog.

Some experts say they've found evidence that coloring does have specific health benefits. Coloring engages both sides of the brain and it's been shown to reduce blood pressure and relieve stress.