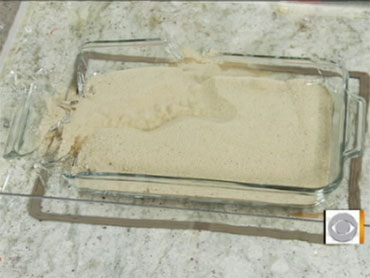 This article was written by Elissa K. Zirinsky.

On May 24, President Bush invited 21 families to a White House ceremony and said each of them had "answered the call to ensure that our society's most vulnerable members are protected and defended at every stage of life."

What exactly did these families do to merit such high praise from the president?

These families had adopted embryos left over from other couples' attempts to conceive through in vitro fertilization. They came to the White House to support the position that frozen embryos are human lives worth saving.

Eighty-four families have adopted frozen embryos in this country. For some, like those who came to the White House in May, this is at least partly a political act; for others, it's a way to have a pregnancy and a child. But embryo adoption is now a dramatic side story to the intense debate surrounding the estimated 400,000 frozen embryos in the U.S. today.

Since 1998, when Dr. James Thomson at the University of Wisconsin developed a way to isolate and grow embryonic stem cells, there has been a new component to this nation's moral discussion about when life begins. Derived from human embryos, embryonic stem cells can theoretically divide indefinitely and develop into specialized human cells to act as a repair system for the body. But this stem cell research would require the destruction of frozen embryos in the research process. And that is the crux of the current stem cell debate: Do we destroy potential lives to look for ways to save existing lives? Is a frozen embryo made of a few cells a life that society ought to protect?

Some people have taken their opposition to destroying embryos to extraordinary lengths -- they have "rescued" them and tried to demonstrate that they are "pre-born" children.

Couples like Paige and Stuart Faulk of Alexandria, Virginia brought their children to the White House in an effort to show what an embryo, not used for research, can become -- their two-year-old daughter, Noelle.

Noelle is a "Snowflake Baby" born through embryo adoption. The term "Snowflake" -- created by the first adoption agency to arrange embryo adoptions, Nightlight Christian Adoptions -- highlights the uniqueness of each embryo. The label can also be attributed to the fact that each of these children's lives started, well, frozen.

Noelle's parents experienced infertility for over five years. They took the usual measures to conceive both naturally and then through in vitro fertilization, only to learn that Paige, her mother, had premature ovarian menopause. During in vitro, the Faulks made it clear to their doctors that they did not want them to over-fertilize and freeze embryos; any that were created, were implanted in Paige's uterus. Unfortunately, none survived. When the prospect of getting pregnant and giving birth seemed bleak, Paige said she, "prayed about [conventional] adoption." Then she happened to turn on the car radio on her way to work and heard Marlene Strege on the Christian program, "Focus on the Family."

Marlene and John Strege were the first couple to adopt frozen embryos, and in 1998, their daughter Hannah was the first snowflake baby born. In testimony before a subcommittee of the House Committee on Government Reform in July 2001, Marlene spoke out against the use of embryos in stem cell research, and said, "Any woman can carry an embryo; tissue or blood matching is not necessary. As embryo adoption proliferates in the wake of this controversy, the 'excess supply' of embryos will evaporate."

She advocated research using other types of stem cells that do not require the destruction of embryos. "We plead with Congress not to force millions of American like me to violate our consciences and participate in another form of genocide, especially when the advances possible with other stem cells are not nearly exhausted."

Immediately moved by Marlene's story, Paige and Stuart knew embryo adoption would be their way of starting a family. Through Nightlight Christian Adoptions, the Faulks were matched with a couple in Colorado who had excess embryos from attempts at in vitro fertilization. The embryo adoption process is much like a birth adoption where the genetic family screens prospective parents. In other words, the family in Colorado handpicked Paige and Stuart to birth and parent their frozen embryos.

The Faulks adopted eight embryos from that family in Colorado; four of those embryos were thawed and two survived the thaw. One of those two embryos, a six-day old cluster of cells, would result in the birth of their daughter. After five frozen years, Noelle was born on May 22, 2003.

The four remaining embryos were thawed the following March. Though weak, all survived the thaw and were implanted, but none resulted in a pregnancy.

Paige said, "I disagree with using frozen embryos for science, because I believe it's killing a life," as she pointed to her young child. "I don't believe that we need to kill something in order to find ways of repairing or fixing other things, and that we can continue to use the gifts that God has given us."

While arguments continue in many arenas in this country, the issue seems simple for Paige and Stuart: life begins at conception, and any frozen embryo destroyed in science is a life that is killed. When one's daughter was once one of those embryos, it does not appear to be that difficult to understand. As Paige said, "It is not our place to decide when life is life. Our faith beliefs do play a part in our decisions on those issues." She also noted, "We're just Christians trying to do what we believe in."

In fact, faith has played a large part in the embryo adoption process for many people. After all, Nightlight Adoptions is a non-profit Christian organization, and on its Web site says, "The Bible talks about us being 'adopted into God's family.' Moses was adopted by the Pharoah's daughter," and then continues to write about the possibility of embryo adoption, describing embryos as, "Pre-born children waiting -- waiting."

But, there is another side to embryo adoption, one that transcends religious identity and avoids the political debate about life, even if that proves to be difficult. For some women, embryo adoption is just their way of fulfilling the dream of pregnancy and childbirth. It is also an affordable option, compared to the extensive fees involved in traditional adoptions.

Susan and Bruce Lindeman of Richmond, Virginia dealt with infertility for seven years. Five years of treatment and three rounds of in vitro fertilization later, they were drained emotionally and financially. In the spring of 2002, they discussed the option of using donor eggs, as Susan's eggs had deteriorated over the years with age. This would have cost the Lindemans another $25,000 after already spending over $100,000 on previous infertility treatments.

Susan was very active on the Web site IVFconnections.com, and happened to come across a posting on a bulletin board from a couple with extra embryos to donate. The couple, Glenda and Scott Lyon, had one child conceived naturally and a set of twins conceived through in vitro. The Lyon family was complete and by July 2002, Glenda and Scott agreed to help the Lindemans achieve similar good fortune.

Instead of going through an agency, the two families arranged the adoption independently, with a private attorney drawing up the necessary legal papers. Within three months, the embryos were over-nighted to Virginia from a clinic in Minneapolis. Of the 14 embryos transported, six were thawed and three survived the thaw. On July 1, 2003, Susan gave birth to boy-and-girl twins, Jack and Chase.

The two families have joined forces to help other couples start families and experience pregnancies as simply and inexpensively as possible. This is the idea behind MiraclesWaiting.org where Glenda Lyons serves as Treasurer and Susan Lindeman is Public Relations Director. It is a Web site for people looking to put excess embryos up for adoption -- especially those who want varying degrees of contact with the receiving couples. As Susan said, "There are a growing number of people out there that would be willing to donate if they knew the outcome."

More importantly, the people behind the Web site understand the financial burden those struggling with infertility have experienced. It is meant to reduce costs and, as Susan noted, "to give people the opportunity to meet each other and work things out on their own terms." Susan makes sure to note that the Web site is not affiliated with any religion and is a neutral ground to help people create families.

Susan and her husband have also tried to avoid any involvement in the political dialogue surrounding embryo adoption. "We do not have a political agenda," Susan said, "We would like to think that folks that have embryos frozen would be willing to give other people who can't start a family a chance to start one. But we understand not everyone will be comfortable with that."

With the number of excess embryos created and frozen across the country rising with every round of IVF, Paige Faulk believes people should know embryo adoption is a viable option and said, "we would like to see the embryos gets adopted into families like ours that are infertile." Susan said, "Different people will talk about embryos and about whether they're life or not life. What people choose to do with their frozen embryos are their personal feelings."