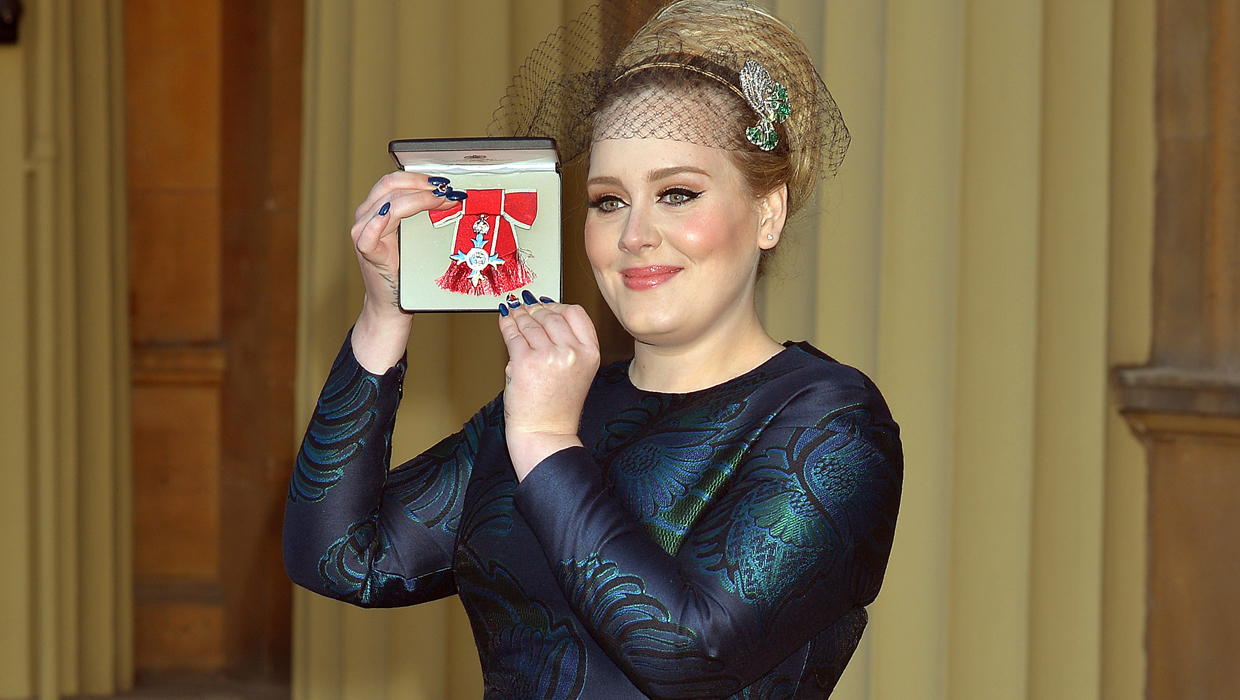 Adele has earned herself another accolade, but this one came with a royal audience.

The "Someone Like You" singer was at Buckingham Palace in London on Thursday, where she was honored with a MBE (member of the Most Excellent Order of the British Empire) presented to her by Prince Charles.

Introduced as "Miss Adele Adkins," the 25-year-old "beamed from ear to ear" as Charles pinned the medal -- given for her services to music -- to her long-sleeved Stella McCartney dress, the Daily Mail reports. The two then spoke briefly before she shook hands with the royal and curtsied before walking away.

In a statement issued after the ceremony, she said: "It was an honor to be recognized and a very proud moment to be awarded alongside such wonderful and inspirational people. Very posh indeed."

That wasn't the only honor Adele picked up this week – it was also revealed that the Grammy, Golden Globe and Oscar-winner's hit album "21" has been named Amazon's bestselling album of all time, selling more than 28 million copies worldwide.