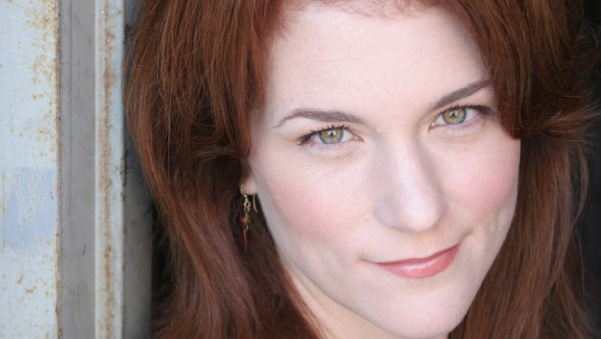 CHICAGO - Veteran stage and television actress Molly Glynn died Saturday from injuries suffered when a tree fell on her in a forest preserve in suburban Chicago, CBS Chicago reported.

Glynn, 46, was bicycling with her husband, fellow actor Joe Foust, in the Erickson Woods Forest Preserve in suburban Northfield around 3:45 p.m. Friday when they got caught in a violent storm that toppled the tree. She died at Evanston Hospital about 18 hours after the accident, a hospital representative said.

"I couldn't save her," her husband said in a Facebook post. He called it "the darkest day" of his life.

"Things will never be the same," he wrote.

Glynn had roles on the TV series "Chicago Fire," "Boss" and "Early Edition." She was a regular on the Chicago theater scene, with at least 17 roles since 2005 for such companies as Steppenwolf, Chicago Shakespeare, Next, Northlight and Writers Theatre, where she was most recently in the cast of the national premiere of "The Dance of Death."

"Molly was a marvelous actress and a completely warmhearted and generous human being. She had grace, sophistication and a sparkling, sexy, sassy stage presence," said Michael Halberstam, Writers Theatre artistic director.

"She could transform from a princess to a flower girl in the twinkling of an eye. She was a loving mother and wife and everyone who met her fell in love with her. It is an incalculable loss to the Chicago theater community, particularly as she was in the process of emerging as one of the city's major players. She possessed a rare combination of talent, heart and beauty in all aspects of her life," he said.

Northfield Assistant Fire Chief Tom Burke said that the bicycle path was too narrow to accommodate the firetruck and ambulance dispatched to treat her, and that paramedics had to hike a half-mile to reach her.

Chicago also lost another well-known local stage presence, Bernie Yvon who died Saturday when a tractor-trailer ran over his car as he drove to rehearsals in Munster, Ind.

Police in Munster said that Yvon, 50, was southbound on Calumet Avenue, waiting to make a left turn at 11:05 a.m. Saturday, when a northbound semi-trailer truck ran over and came to rest on his car. The accident apparently occurred within walking distance of the theater he was driving to.

Not atypical of the reaction was that at Chicago Shakespeare Theatre, which halted technical rehearsals for "King Lear" when they learned of the deaths. Actor Lance Baker wrote on Facebook that "a large dark cloud hovers over a great many of us involved in Chicago theater."

The 50-year-old Yvon was a fixture in Chicago-area musicals.