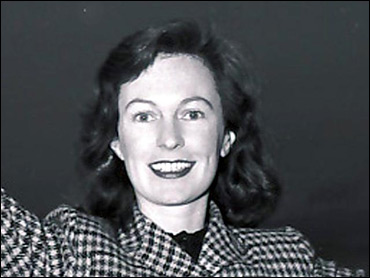 Geraldine Fitzgerald, who appeared in such classic 1930s films as "Dark Victory" and "Wuthering Heights" and later had a career on the New York stage, has died of Alzheimer's disease. She was 91.

Fitzgerald died Sunday at her Manhattan home, according to Tom Goodman, a spokesman for Fitzgerald's family.

The Dublin-born actress received an Academy Award nomination for her performance as Isabella Linton in "Wuthering Heights" in 1939, appearing with Laurence Olivier and Merle Oberon in director William Wyler's screen version of the Emily Bronte novel.

Fitzgerald received a Tony nomination in 1982, for directing "Mass Appeal," a play about the conflicts between an older and younger priest.

Among her New York stage appearances were roles in several Eugene O'Neill revivals, most notably as Mary Tyrone in a 1971 off-Broadway production of "Long Day's Journey into Night," which starred Robert Ryan. In 1977, she starred with Jason Robards in a revival of O'Neill's "A Touch of the Poet."

Fitzgerald's first marriage to Edward Lindsay-Hogg ended in divorce. She later married businessman Stuart Scheftel, who died in 1994. Fitzgerald is survived by a son, director Michael Lindsay-Hogg of Los Angeles, and a daughter Susan Scheftel of New York.