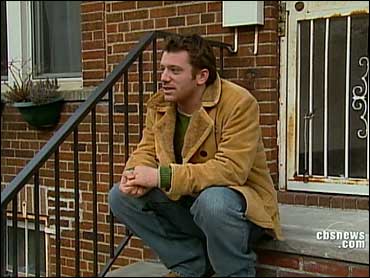 An actor in an off-Broadway play is being credited with rescuing a man who fell onto the tracks in front of an approaching subway train in New York City.

The fallen man hit his head when he landed on the tracks Monday at Penn Station in Manhattan.

The New York Times says actor Chad Lindsey leaped onto the tracks, tried to wake the man and yelled for help.

While waiting for the "C" train, Lindsey saw the man fall to the tracks, his head striking the rail, leaving him unconscious, reports CBS Early Show co-anchor Maggie Rodriguez.

Sensing that a train was fast approaching, Lindsey hopped into the pit, grabbed the 61-year-old from behind and lifted him partway back onto the platform, where someone else helped drag him to safety. Lindsey then helped himself back up to the platform, a scant 15 seconds before the train roared into the station.

After hoisting the man to safety, Lindsey vanished in the crowd.

It was a moment he'd been unwittingly training for his current role is in the off-Broadway play "Kaspar Hauser" in which he picks up a fellow cast member whose character can't walk. Two roles in one day: actor and life saver.

"It's so simple," Lindsey says. "If you see someone trip and fall, you help them up."

Lindsey is a native of Harbor Springs, Mich.