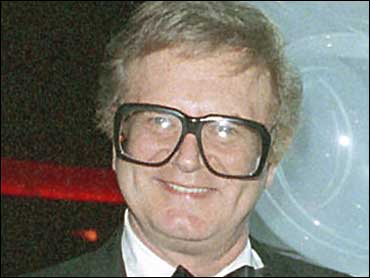 Charles Nelson Reilly, the Tony Award winner who later became known for his ribald appearances on the "Tonight Show" and various game shows, has died. He was 76.

Reilly began his career in New York City, taking acting classes at a studio with Steve McQueen, Geraldine Page and Hal Holbrook. In 1962, he appeared on Broadway as Bud Frump in the original Broadway production of "How to Succeed in Business Without Really Trying." The role won Reilly a Tony Award.

He was nominated for a Tony again for playing Cornelius in "Hello, Dolly!" In 1997 he received another nomination for directing Julie Harris and Charles Durning in a revival of "The Gin Game."

After moving to Hollywood in 1960s he had a recurring role as the nervous Claymore Gregg on the TV hit "The Ghost and Mrs. Muir" and was a featured guest on "The Dean Martin Show."

He gained fame by becoming what he described as a "game show fixture" in the 1970s and 80s. He was a regular on programs like "Match Game" and "Hollywood Squares," often wearing giant glasses and colorful suits with ascots.

His larger-than-life persona and affinity for double-entendres also landed him on the "Tonight Show" with Johnny Carson more than 95 times.

Reilly ruefully admitted his wild game show appearances adversely affected his acting career. "You can't do anything else once you do game shows," he told The Advocate, the national gay magazine, in 2001. "You have no career."

His final work was an autobiographical one-man show, "Save It for the Stage: The Life of Reilly," about his family life growing up in the Bronx. The title grew out of the fact that when he would act out as a child, his mother would often admonish him to "save it for the stage."

The stage show was made into the 2006 feature film called "The Life of Reilly."

Reilly's flamboyant television persona was ahead of its time, and sometimes stood in his way. He recalled a network executive telling him "they don't let queers on television."

Hughes, his only immediate survivor, said Reilly had been ill for more than a year.

No memorial plans had been announced.