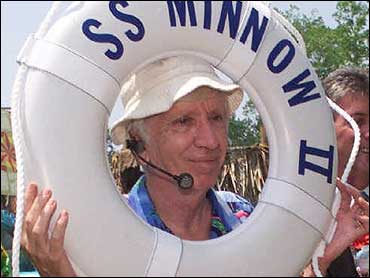 Bob Denver, whose portrayal of goofy castaway Gilligan on the 1960s TV show "Gilligan's Island" made him an iconic figure to generations of TV viewers, has died. He was 70.

He died Friday at Wake Forest University Baptist Hospital in North Carolina of complications from treatment he was receiving for cancer, his agent, Mike Eisenstadt, told The Associated Press on Tuesday.

His wife, Dreama, and children Patrick, Megan, Emily and Colin were with Denver, who also had undergone quadruple heart bypass surgery earlier this year.

"He was my everything and I will love him forever," Dreama Denver said in a statement.

Denver's signature role was Gilligan, but when he took the role in 1964 he was already widely known to TV audiences for another iconic character, Maynard G. Krebs, the bearded beatnik friend of Dwayne Hickman's Dobie in the "The Many Loves of Dobie Gillis," which aired on CBS from 1959 to 1963.

Krebs, whose only desire was to play the bongos and hang out at coffee houses, would shriek every time the word "work" was mentioned in his presence.

Gilligan on the other hand was industrious but inept. And his character was as lovable as he was inept. Viewers embraced the skinny kid in the Buster Brown haircut and white sailor hat. So did the Minnow's skipper, Jonas Grumby, who was played by Alan Hale Jr., and who always referred to his first mate affectionately as "little buddy."

"As silly as it seems to all of us, it has made a difference in a lot of children's lives," Dawn Wells, who played castaway Mary Ann Summers, once said. "Gilligan is a buffoon that makes mistakes and I cannot tell you how many kids come up and say, `But you loved him anyway."'

TV critics were less kind, dismissing the show as inane. But after it was canceled by CBS in 1967, it found new audiences over and over in syndicated reruns and reunion films, including 1981's "The Harlem Globetrotters on Gilligan's Island." (It also led to the recent TBS reality series "The Real Gilligan's Island.")

One of the most recent of those films was 2001's "Surviving Gilligan's Island: The Incredibly True Story of the Longest Three Hour Tour in History," in which other actors portrayed the original seven-member cast while three of the four surviving original members, including Denver, narrated and reminisced.

"Gilligan's Island" writer-creator Sherwood Schwartz insisted that the show had social meaning along with the laughs: "I knew that by assembling seven different people and forcing them to live together, the show would have great philosophical implications."

Denver went on to star in other TV series, including "The Good Guys" and "Dusty's Trail," as well as to make numerous appearances in films and TV shows.

But he never escaped the role of Gilligan, so much so that in one of his top 10 lists — "the top 10 things that will make you stand up and cheer" — "Late Show" host David Letterman once simply shouted out Denver's name to raucous applause.

"It was the mid-'70s when I realized it wasn't going off the air," Denver told The Associated Press in 2001, noting then that he enjoyed checking eBay each day to keep up on the prices "Gilligan's Island" memorabilia were fetching.

"I certainly didn't set out to have a series rerun forever, but it's not a bad experience at all," he added.