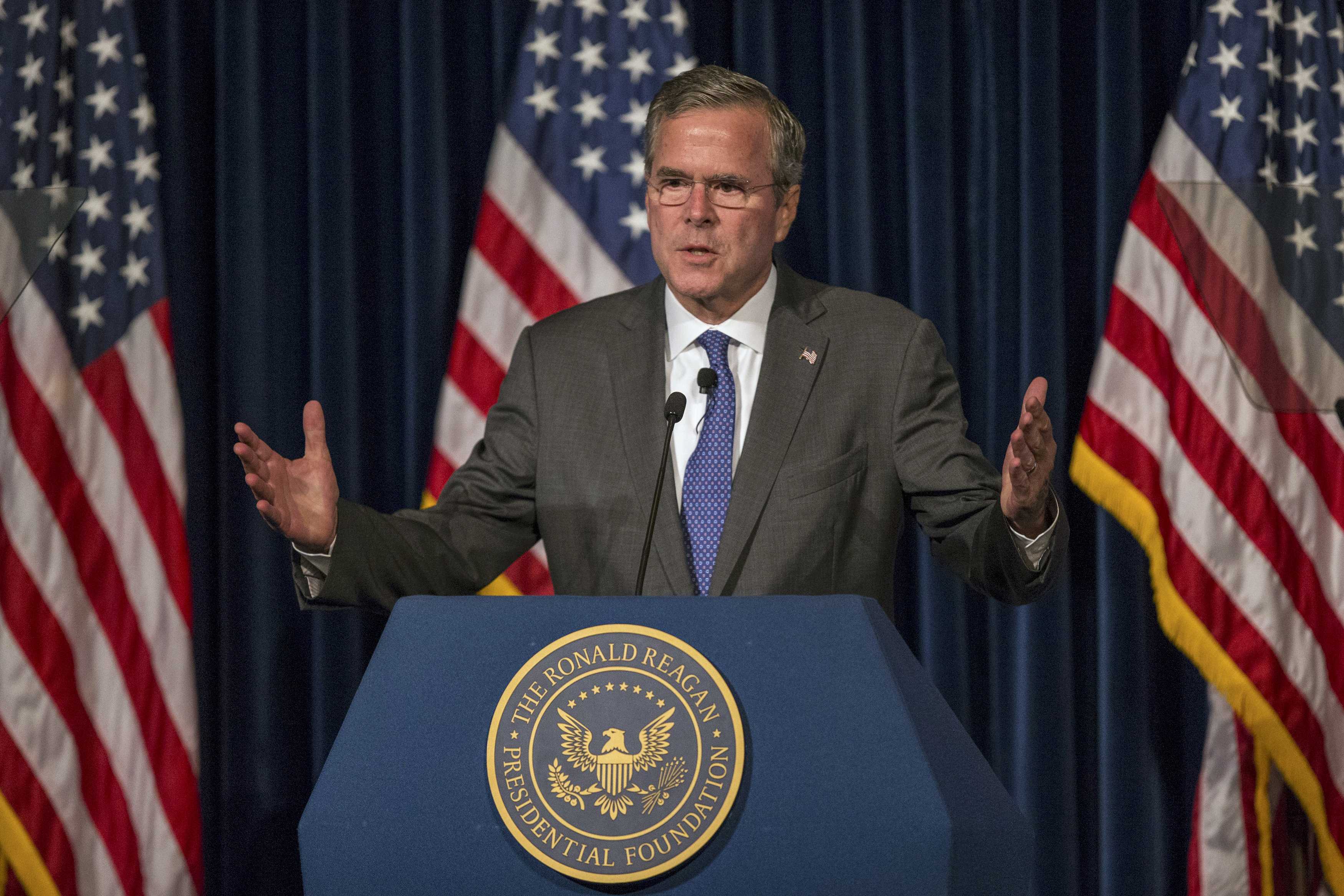 As Bush wrapped up a question and answer session, about a dozen activists entered the community center, raising their fists and chanting, "black lives matter."

The former Florida governor left soon after, shaking hands with supporters as he exited the meeting.

Earlier in the evening, Bush responded to a question about race and the criminal justice and education systems.

"Look, we have serious problems," Bush answered. "And these problems have gotten worse in the last few years. Communities can no longer trust the basic institutions in our society."

He acknowledged that racism still existed in America, but touted "significant progress" on the issue.

The Republican candidate also turned to his own education record in Florida, where he said he had "a record of empowering people in communities" with minority youth.

The Bush campaign said that the candidate met with Black Lives Matter advocates privately ahead of the town hall, where they "discussed barriers to upward mobility" in America.

"[H]e is committed to campaigning across the nation as he seeks the presidency, talking to everyone and every community about his vision for restoring opportunity for all Americans," campaign spokesperson Allie Brandenburger told CBS News in a statement Wednesday night. "Governor Bush's goal is to unite Americans, not divide them, and that begins with having open, candid conversations with all voters."

The GOP contender for the White House has drawn criticism in the past for his treatment of the Black Lives Matter movement.

In a New Hampshire town hall last month, Bush dismissed the group when he responded to a question about Democratic presidential candidate Martin O'Malley's apology for saying "white lives matter."

"Are we so uptight and so politically correct now that we apologize for saying 'lives matter?' Life is precious," Bush said in Gorham, New Hampshire. "Should he have apologized? No. If he believes that white lives matter, which I hope he does, then he shouldn't have apologized to a group that seemed to disagree with it. Gosh."

Last week, Vermont Sen. Bernie Sanders ended an event in Seattle after protesters took over the stage. And at July's Netroots Nation convention, a forum for liberal activists, O'Malley and Sanders were both interrupted during their speeches.

Democratic frontrunner Hillary Clinton has also taken notice of the movement, meeting with Black Lives Matter representatives on Tuesday after they were barred from attending Clinton's New Hampshire forum on substance abuse.

Clinton too has come under fire from some in the social justice group, when she used the phrase "all lives matter" at a community event in a Missouri church in June. The Democratic presidential contender has since come out strongly to address police violence and "acknowledge and believe that black lives matter."