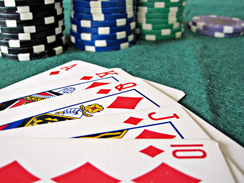 (MoneyWatch) Very few actively managed funds repeat top-half or top-quartile performance consistently. That's why the SEC requires the disclaimer that past performance isn't predictive of future performance. Yet, no matter how much evidence is presented, nor how often investors read the SEC's disclaimer, the vast majority of them continue to rely on past performance when choosing mutual funds. Even Morningstar has admitted that fund expense ratios are better performance predictors than its star ratings.

Twice each year, Standard & Poor's puts out its active versus passive investor scorecard, reporting on how actively managed funds have done against their respective benchmark indexes. Every time, the results are pretty much the same, demonstrating that active management is a loser's game -- in aggregate those playing leave on the table tens of billions of dollars forever seeking alpha (outperformance, adjusted for risk).

S&P's latest Indices Versus Active Scorecard focused its attention on the issue of the persistence of performance. It contained no surprises. In fact, one of the major findings was that for the five years ending March 2012, the percentage of top-performing managers remaining in the top-half or top-quartile declined considerably in several categories. In other words, when persistent performance was needed most (because of the very poor performance of the markets), the historically poor persistence actually got worse. The following is a summary of the scorecard's findings:

These findings are consistent with the academic research. For example, economist Eugene Fama and finance expert Ken French studied the topic of performance persistence in their 2009 paper, "Luck versus Skill in the Cross Section of Mutual Fund Alpha Estimates." Using statistical analysis, they found that active managers as a group haven't added any value over appropriate passive benchmarks. They concluded: "For (active) fund investors the simulation results are disheartening." They did concede that the results look better when looking at gross returns (that is, the returns without the expense ratio included). However, gross returns are irrelevant to investors unless they can find an active manager willing to work for free.

Bradford Cornell also contributed to the literature with his 2009 study, "Luck, Skill and Investment Performance." He reached the conclusion that "most of the annual variation in performance is due to luck, not skill. The analysis also provides further support for the view that annual rankings of fund performance provide almost no information regarding management skill."

Obviously, the majority of investors in active funds are taking all the risks of investing and not being properly rewarded for taking those risks, transferring tens of billions from their accounts to the wallets of active managers. The question is why do they keep doing this? Evidence suggests that one explanation is that they are simply unaware of how poorly they are doing.

Another explanation is that hope springs eternal. The historical evidence makes clear that because past performance of a fund has virtually no value as a predictor of future performance (except that the high expense bottom-quartile funds tend to repeat), when choosing a fund your focus should be on its expense ratio, the structure of the fund, its turnover, and its tax efficiency.