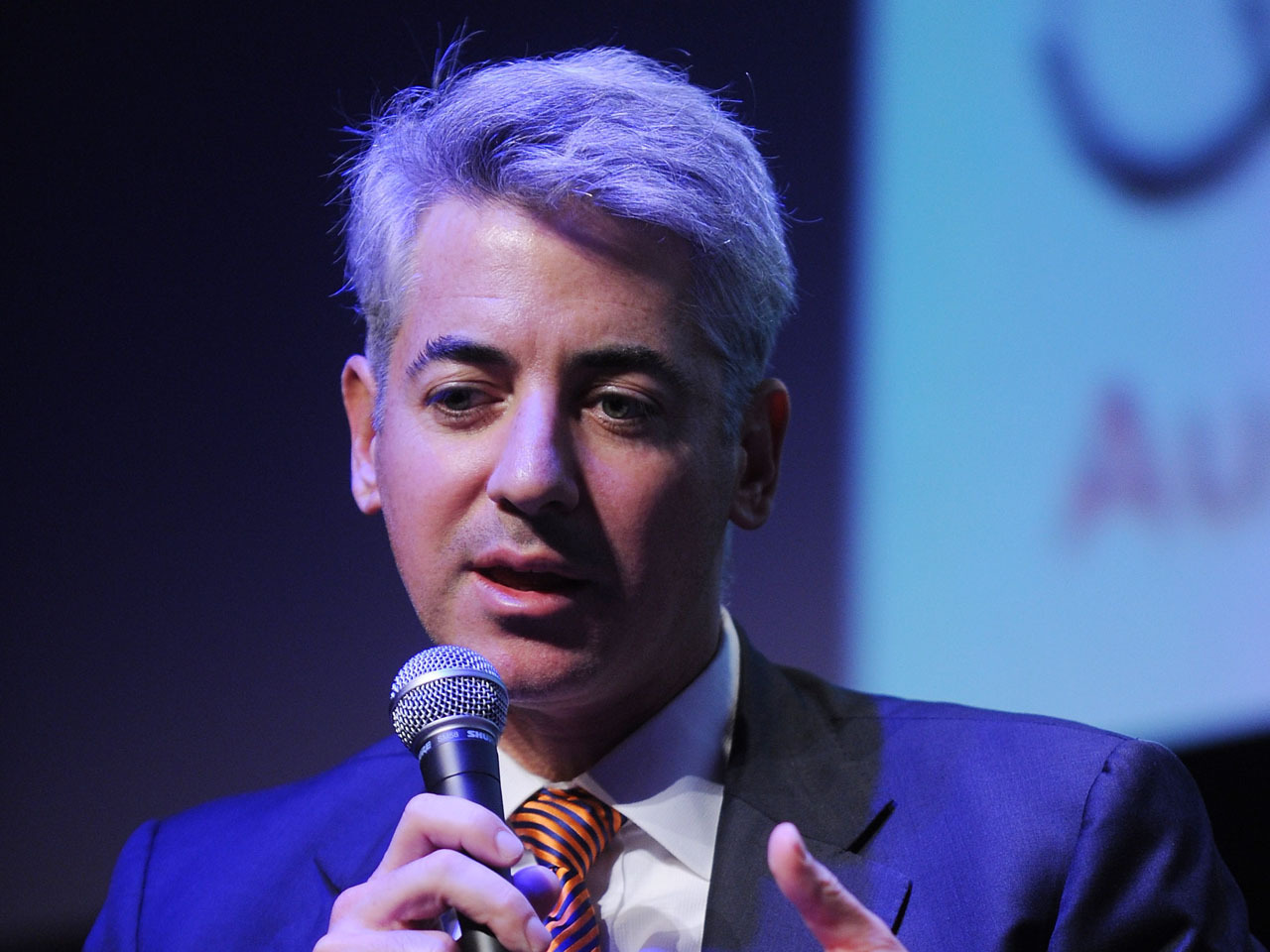 NEW YORK J.C. Penney's (JCP) biggest investor, William Ackman, plans to raise up to about $504.4 million from the sale of his entire stake in the struggling department store operator.

Pershing Square Capital Management's Ackman disclosed in a regulatory filing late Monday that he was going to sell his nearly 18 percent interest -- or 39.1 million shares -- in the Plano, Texas, company.

J.C. Penney's shares have lost nearly 70 percent of their value since early February 2012 when investor enthusiasm over former CEO Ron Johnson's retail strategy pushed the stock to around $43. That includes a 32 percent drop in value so far this year.

The move comes two weeks after Ackman resigned from J.C. Penney Co.'s board as part of a deal to resolve an unusually public battle between the activist investor and the retailer.

Ackman's sell-off comes as the beleaguered chain is trying to recover from a botched transformation plan spearheaded by its former CEO that led to disastrous financial results. The board ousted Johnson in April after only 17 months on the job and rehired Mike Ullman, who had been CEO of the retailer from 2004 to late 2011.

Ackman resigned from the board on Aug. 13, after he went public with statements saying he'd lost confidence in J.C. Penney's board and that Chairman Thomas Engibous should be replaced. Ackman and the retailer's board also were bickering over how quickly the company should replace Ullman, who is expected to be an interim CEO.

Ackman initially purchased a stake in J.C. Penney in 2010. He joined its board in February 2011 and had pushed the board to hire Johnson, a mastermind of Apple Inc.'s successful stores. Under Johnson's leadership, J.C. Penney got rid of most sales in favor of everyday low prices. He also brought in hip new brands and planned to remake the store as an indoor mini mall of sorts with 100 different in-store shops in an effort to woo trendier, more affluent shoppers. But those efforts alienated the company's loyal customers.

J.C. Penney ended up recording nearly $1 billion in losses and a 25 percent drop in revenue in the fiscal year that ended Feb. 2, the first year of the transformation plan. Since returning to J.C. Penney's helm, Ullman is bringing back basic merchandise like loose-fitting khakis and restoring frequent promotions. But sales declines and losses continued into the first and second quarters as Johnson's legacy continued to cast a shadow on the results.

Still, the chain offered some encouraging news in its second-quarter report: Revenue improved from month-to-month, and the decline in its online business slowed significantly. The retailer also said it saw a good start to the back-to-school shopping season.

In a letter to investors last week, Ackman said that his investment in J.C. Penney was a "failure" and that retail "has not been our strong suit."

Ackman's Pershing Square Capital Management invests in and bets against a wide range of businesses, including McDonald's Corp., insurance company MBIA Inc. and Canadian Pacific Railway Ltd. But Ackman has been particularly vocal about his dealings with J.C. Penney lately as the department store struggles to turn around its business.

Last Thursday, J.C. Penney adopted a plan to prevent a takeover attempt though it said there was no current attempt to take over the company. However, the so-called "poison pill" can be put into effect if an individual or an entity acquires 10 percent or more of the company's outstanding stock.

J.C. Penney won't receive any proceeds from Ackman's stock offering, which is targeted to close on Aug. 30.