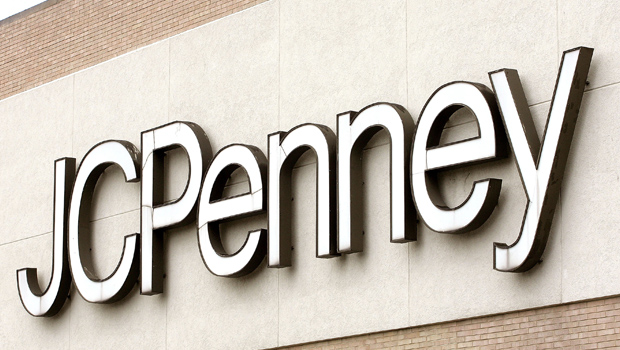 NEW YORK Activist investor Bill Ackman said Friday he has lost confidence in J.C. Penney's board and its chairman should be replaced. Penney Chairman Thomas Engibous fired back and called Ackman's comments inaccurate.

The statement adds more fuel to an public squabble between Ackman, whose company Pershing Square Capital has a nearly 18 percent stake in the company, and the rest of J.C. Penney's board.

The disagreement is over how long it will take to find a new CEO for J.C. Penney. Ackman says the process should take 30 to 45 days. The board has said CEO Mike Ullman is the right person for the job for now.

In a lengthy letter to the board, Ackman complained that Chairman Thomas Engibous didn't call a proper meeting to discuss his views that J.C. Penney's search process should be speeded up.

"Boards must have the ability to deliberate openly amongst one another so that all points of view can be adequately discussed," he said. "By not calling a meeting, Tom prevented the board from properly functioning and fulfilling its fiduciary duties."

He also questioned the board's hiring and firing practices and "aggressive" inventory purchases.

Engibous said in a written statement that Ackman's comments were "misleading, inaccurate and counterproductive."

"The Board is focused on the important work of stabilizing and rejuvenating the business. It is following proper governance procedures, and members of the Board have been fully informed and are making decisions as a group," the statement quotes Engibous as saying.

Ackman has suggested former CEO Allen Questrom should replace Engibous. Questrom said Thursday that he would rejoin the company but not under a hostile board situation and only if he agreed with the choice of the next CEO.

Ullman, who had been Penney's CEO from 2004 to 2011, took back the reins in April. He took over from Ron Johnson, who was supported by Ackman but was ousted after 17 months on the job after his radical makeover of the chain led to disastrous massive losses and sales declines.

Ullman has been working to stabilize the business by bringing back basic merchandise and more frequent sales that were eliminated by Johnson in a bid to attract younger, hipper customers. But many analysts believe that while traffic is improving, there has been no evidence of a turnaround yet as the company heads into the bulk of the critical back-to-school shopping period.

Even the home area, which was Johnson's project and features a slew of trendy new names like Jonathan Adler and Michael Graves, has failed to resonate with shoppers, analysts say. Penney was counting on the new home area, launched this spring, to reinvigorate customer traffic, but expensive items like $3,000 sectional couches have turned off its middle-income shoppers. On Penney's website, home merchandise is being discounted anywhere from 20 percent to 50 percent.

Analysts had expected Ullman's reign the second time around would be transitional until Penney hired a replacement.

The public battle between Ackman and the board chairman has had spectators from all sides weighing in, including Howard Schultz, Starbucks founder and CEO. During a phone interview with The Associated Press late Thursday, Schultz defended Ullman, who serves as a member of Starbucks board, and lambasted Ackman.

He told The Associated Press that he had never seen anything like this scenario where a board member leaks a letter and doesn't even have the courtesy to speak directly to Ullman. He said he found it "perverse" that Ackman was pushing for new management when he was the one who pushed the board to hire Johnson as CEO, a move that had disastrous consequences.

"Mike has been working tirelessly to save the company," Schultz said.

In the letter released Friday, Ackman acknowledged that making public his letter Thursday was "an extraordinary step."

"In my history as a board member of many public companies over the last 15 years, I have never before released a public letter to a board of which I was a current member," he wrote. But he said he used it as "the last resort" after trying to negotiate a resolution of his concerns about the recruitment process.

Citi Investment Research analyst Deborah Weinswig reiterated in a note published Friday that she believes J.C. Penney needs a "dream team" in order to turn its fortunes around and she says "time is of the essence." Weinswig, once a cheerleader of the company, downgraded the stock to "Sell" from "Neutral" last week.

Weinswig laid out three scenarios: Ackman could win and the company could see "a dream team" installed at Penney in a relatively short period of time. She believes that the board and Ullman should convince Ken Hicks, president and CEO of Foot Locker to rejoin J.C. Penney in an executive role. Hicks, who left Penney in 2009, had been executive president and chief operating officer of Penney's stores and merchandise operations since 2005.

But Ackman could also lose and Ullman would stay on as CEO while the board conducts a comprehensive search. Weinswig also said another scenario could be that Ackman could lose and subsequently dump his stock, "which would be a very unfortunate outcome."

The squabble comes ahead of Plano, Texas-based Penney's second-quarter results scheduled to be released Aug. 20.

Ackman has not been having a good year. He took a negative position on nutritional supplement company Herbalife, only to see other top investors, most notably Carl Icahn and George Soros, go long. So far they have been  vindicated, and Ackman's position has led to large losses.