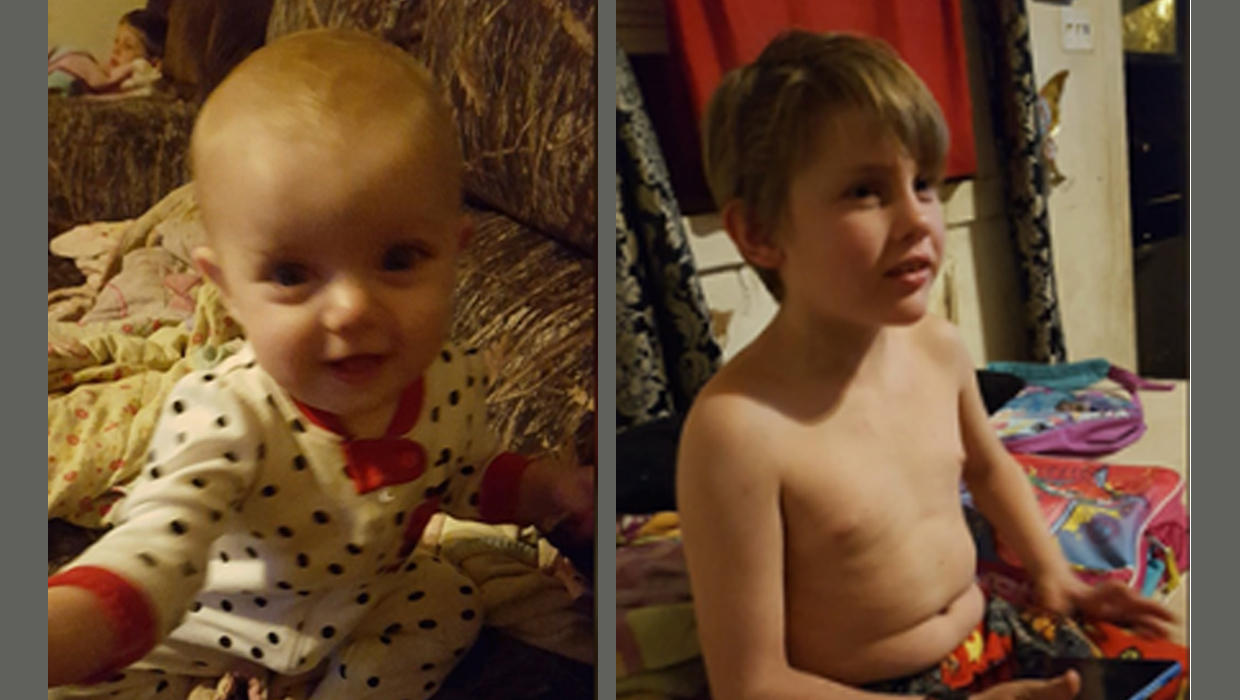 POLK CO., Ark.-- One of two missing Arkansas siblings was found dead in a wooded area on Friday near the creek where their mother's body was discovered and not far from where another relative was found dead, authorities said. Investigators are hopeful the other child is alive.

The body of 2-year-old Acelynn Wester was found in a heavily wooded area near the town of Cove in far western Arkansas, not far from where her mother, 43-year-old Bethany Jo Wester, was found dead Tuesday, according to Polk County Sheriff Scott Sawyer.

The children's great-uncle was found dead Thursday at his home in a nearby town.

The deaths are being investigated as homicides, said Sawyer, who choked back tears at a news conference late Friday as he promised to "seek justice for the families" of the victims.

Sawyer said the girl's 9-year-old brother, Reilly Scarbrough, is still missing, and that officers from eight agencies are searching for him. The children hadn't been seen since at least Sunday.

Sawyer said authorities from eight different agencies are still searching for Reilly and they believe he is still alive, CBS affiliate KTHV reports. The sheriff would not elaborate on a witness or any rumors.

"Somebody knows where he's at. Someone has information," Sawyer said. "We need to find Reilly. We're going on the premise Reilly is alive."

The sheriff declined to say how the three were killed or name any possible suspects or motives in the deaths. The sheriff also didn't provide information on where the children's other relatives, including a father, might be.

Authorities first discovered the body of the children's mother. Her uncle, 66-year-old Steven Payne, was found dead Thursday in the western Arkansas town of Hatfield.

Earlier Friday, the National Center for Missing & Exploited Children described the children as being "in immediate danger" because they hadn't been seen in at least six days.

"With their mother being found dead and their uncle being found dead, that ups the criticalness of the case," said Rebecca Kovar, the senior program manager at the national nonprofit. "The longer a child is missing, the more critical the situation becomes."