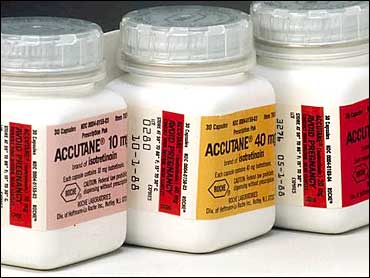 Dermatologists are renewing their concerns that efforts to prevent pregnant women from using a drug that can cause birth defects may also keep the drug from patients who need it for severe acne.

The iPledge program to register women of childbearing age who use the drug Accutane and its generic versions — requiring them to have pregnancy tests before getting a prescription — is scheduled to take effect March 1.

The American Academy of Dermatology had urged the Food and Drug Administration to postpone the start of iPledge, but said Tuesday the FDA had advised it that the program will begin as planned.

The FDA had delayed implementation from last November to March 1, but did not immediately confirm the decision not to postpone it further.

The program focuses on the drug isotretinoin, best known as Accutane but also sold generically as Amnesteem, Claravis and Sotret.

AAD President Dr. Clay J. Cockerell said in a statement he was disappointed in the decision not to delay iPledge, adding that "it is now the duty of the FDA to guarantee that the flaws, inconsistencies and confusion" in the program are resolved.

Dr. Diane M. Thiboutot of the Penn State University College of Medicine in Hershey, Pa., said attempts to use the system have shown it to be complex and that it may prevent patients from getting medicine for forms of acne that can cause severe scarring.

The system requires patients, physicians and pharmacies to register via computer and the patients must fill their prescription within a seven-day window. However, she said, some didn't get passwords in time, resulting in their being prevented from getting the drug for 23 days. She said other problems also occurred.

This is the only drug that can prevent severe scarring and "we're really concerned that this system may mark the beginning of an inability of patients who need the medication to get medication," Thiboutot said.

If a pregnant woman uses the drug, or if a woman becomes pregnant within a month of taking it, her baby runs a significant risk of brain and heart defects, as well as mental retardation.

While the manufacturers of the four drugs have operated similar but smaller registry programs, FDA estimates that 100 to 140 pregnancies a year still occur in the United States in women on the drug. About 100,000 Americans are prescribed the drug monthly.

Since Accutane sales began in 1982, the FDA has received reports of more than 2,000 pregnancies among users. Most ended in abortion or miscarriage, but the FDA counts more than 160 babies born with drug-caused defects.

Under iPledge, women of childbearing age must undergo two tests to ensure they're not pregnant before the initial prescription, and monthly pregnancy testing before each refill. Home pregnancy tests won't do. The doctor must enter the pregnancy test results into the iPledge system, and the woman must buy her pills within seven days.

These women also must agree to use two forms of birth control while using the drug, and must self-register on iPledge — in addition to the doctor's initial registration — to report that they're doing so.