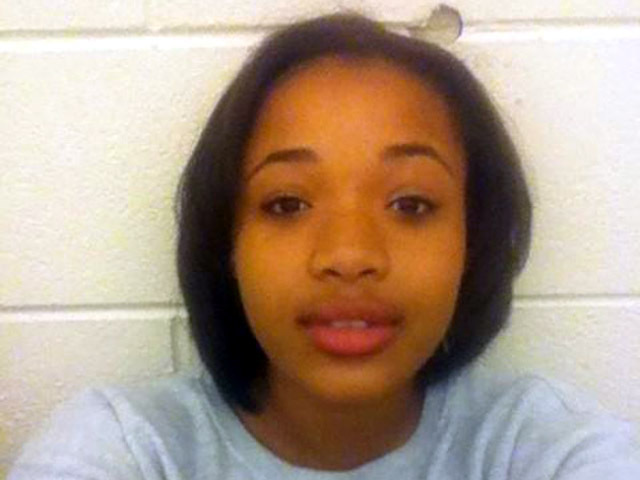 CHICAGO A judge has ordered two gang members held without bail in the death of a 15-year-old Chicago honor student.

Eighteen-year-old Michael Ward and 20-year-old Kenneth Williams are charged with first-degree murder in the Jan. 29 death of Hadiya Pendleton. The girl was shot dead just days after she performed at events for President Barack Obama's inauguration. First lady Michelle Obama attended her funeral.

Prosecutors say they have cellphone records placing Williams in the same area where Hadiya was shot. They say Ward told police his gang and a rival gang had been shooting at each other since 2010. Ward said the rival gang killed one of his friends, and he was still upset.

Prosecutors said Williams was driving the car and provided the gun when the two pulled up to a South Side park where a group of students were taking shelter from the rain, reports CBS affiliate WBBM in Chicago. Prosecutors said Ward got out and fired six times at the group that included Hadiya Pendeleton, who was shot and killed.

The arrests were an important first step toward justice for Hadiya's parents.

"I am very excited that the murderers who hurt my baby have been caught," Hadiya's mother, Cleopatra Cowley, told WBBM. "I'm happy that she's not a cold case."

About a week before the shooting, Hadiya performed as a majorette with her school band at President Barack Obama's inauguration festivities. According to news reports, her parents were joining First Lady Michelle Obama at the State of the Union address on Tuesday. The first lady attended Hadiya's funeral on Saturday.

Chicago Mayor Rahm Emanuel said he called Hadiya's parents about the arrests, according to WBBM.

"I have called Cleo and Nate either every night or almost every night. When I have nothing to say except for I'm thinking of you and you're always in my prayers," said Emanuel.