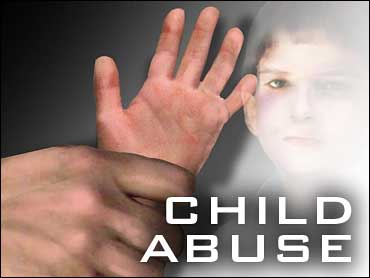 A little more than a year after Tom and Debbie Schmitz were profiled in heartwarming news stories as religious, caring foster parents, 18 children have been removed from their home amid charges of abuse and neglect.

Police say some of the children — including those with physical disabilities and special behavioral needs — were beaten, left for long hours in a dark cellar and locked in a metal cage.

The Schmitzes stood silently at their first court appearance Tuesday. An attorney for Debbie Schmitz said she is innocent and will fight for the return of the children.

"She's not guilty of abuse as the law would define that," attorney Michael Robbins said as the Schmitzes and a handful of supporters arrived at court with yellow ribbons pinned to their clothes.

A few miles away, at the driveway leading to the Schmitzes' farmhouse, a 3-foot-wide, heart-shaped marker was adorned with 18 yellow bows, one for each child now in state custody. The children range in age from infant to 17 years.

The Schmitzes, who had a reputation for taking in hard-to-place children in need, came to this northwest Tennessee town four years ago.

Sheriff Joe Shepard said that was shortly after they were investigated on child abuse allegations in the Green Bay, Wis., area, where they had 11 children in their home. No criminal charges were filed in Wisconsin.

"I don't think it's coincidence that right after they had an investigation there, they showed up here," Shepard said.

The allegations in Wisconsin were similar to the new ones, including that Debbie Schmitz drank heavily and most of the care for the younger children was provided by the older ones.

Shepard said the new allegations came from several of the children as well as two nurses who worked at the home.

Sheriff's Detective Don Curry said the children were required to clean the house and take care of two horses and other animals on the farm. He said one young teenager who needs a leg brace to walk told him she was beaten for not working fast enough and forced to sleep naked on the floor after breaking a ceramic vase.

Debbie Schmitz forcefully cut off a 14-year-old girl's hair when she refused to name a boy who had written her a note in school, Curry said he was told.

"She had long, pretty black hair, and she cut it off to nothing," Curry said.

Defense lawyer Frank Deslauriers, who represents Tom Schmitz, said the home was investigated by a private social services agency in December and no serious problems were found.

"It was at the request of our clients for adoption purposes," Deslauriers said. "I can't get more detailed than that."

Robbins said Debbie Schmitz has adopted 11 of the children and two are her biological children. He said he was unsure about the custody status of the others.

The Schmitzes refused to discuss the charges on the advice of their lawyers.

Investigators are still unsure how the couple got custody of the children, and why so many special needs children were placed in their home.

The Tennessee Department of Children's Services, which took custody of the children last week, said it was not involved in the initial placements and suspected they were handled through other states and private adoption agencies.

Sheriff Shepard said he was told one teenage girl was sent from the Schmitzes to Arizona late last year.

Shepard, who runs a small department with just two full-time detectives, has asked the FBI for help. Authorities seized a computer from the Schmitz home, and Shepard said he hopes the FBI can mine it for information on custody arrangements or state or federal financial assistance.

Last year, several news organizations, including The Associated Press, produced feature stories about the couple. Debbie Schmitz stayed in the home with the children, while Tom Schmitz was a salesman for a company that rents portable toilets.

Debbie Schmitz told the AP then that she felt a religious calling to care for youngsters. Those in her care at the time included a 4-year-old girl with Down syndrome, a 2-year-old boy with deformities and medical problems, and older children from China and Vietnam.

"These children aren't necessarily perfect. No children are," she said. "But somebody's got to look at them and go, 'They need homes, too, and they need love."'