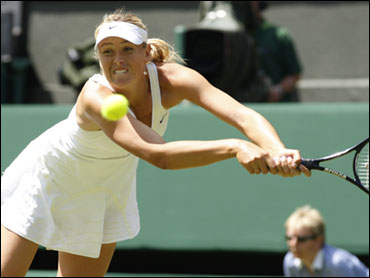 The U.S. military has opened an investigation into allegations that an Afghan police officer was stripped naked, beaten and photographed at a U.S. base in Afghanistan.

"I swear to God, those photos shown on television of the prison in Iraq - those things happened to me as well," said Sayed Nabi Siddiqui, 47, in an interview with The New York Times.

The American Embassy in Kabul says the alleged abuse occurred at the American base in the eastern town of Gardez in August 2003. The statement also says U.S. officials learned of the allegations from the media.

A member of the Afghan Independent Human Rights Commission told the Times however that the commission mentioned details of the case to U.S. military officials in Kabul last year.

Siddiqui's story has not been independently verified, but a member of the Human Rights Commission told the newspaper that it matches what he said last fall when he was released from U.S. custody.

The newspaper quotes Siddiqui as saying he was subjected to sexual abuse, sleep deprivation, and taunting by soldiers who made comments about his genitals and told him his wife and daughter had become prostitutes.

"To the best of our knowledge this is the first time anyone in the military chain of command or the United States Embassy has heard of this alleged mistreatment," U.S. Ambassador Zalmay Khalilzad said Tuesday. "We are not aware of the existence of any photos of the alleged incident."

Khalilzad said he is confident the military's investigation will be thorough and lead to "appropriate action" if the allegations are true.

Siddiqui was reportedly in U.S. custody in Afghanistan for about 40 days at three different facilities for detainees - each of which, he charges, subjected him to humiliating treatment.

Siddiqui says he was arrested in July when he reported police corruption and quickly wound up in trouble himself - when someone wrongly accused him of being part of the Taliban.

The Afghan Independent Human Rights Commission - funded in part by the U.S. Congress and other foreign donors - has reportedly received 44 complaints in the past few months making various allegations against U.S. forces.

On Tuesday, the top U.S. general in Afghanistan rejected an Afghan human rights group's demands for access to the prisoners at U.S. jails in the country to make sure they're not suffering the same kind of abuses alleged in Iraq, saying monitoring by the International Committee of the Red Cross is sufficient.