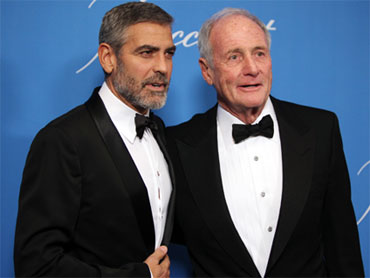 Turner visited The Saturday Early Show's Second Cup Café to perform some singles from his new album, "Long Black Train," that Turner said is filled with songs "about the tough times."

The 26-year-old South Carolina native with the baritone voice currently outsells Shania Twain, The Dixie Chicks and many others. His album went Gold after only 12 weeks, making him the only debut country artist in 2003 to go gold.

Turner made his public debut at age 5, singing "Arky Arky" at his home church. Turner says he was a Randy Travis fan growing up, and he discovered his talent when he sang the country star's 1986 No. 1 hit, "Diggin' Up Bones," as a teen at a church benefit, impressing the audience immensely.

Following the path taken by many with the dream of singing country, Turner went to Nashville. Turner's journey, however, wasn't as direct as some other country music stars.

Turner didn't go to Nashville to search for a recording contract. In 1996, a doctor recommended Turner go to the Vanderbilt Voice Clinic in Nashville to help fix a lesion on his right vocal cord. It was a move to avoid surgery, which could have dramatically altered his voice. Turner took a year of vocal rest before trekking over to Vanderbilt. There, he had speech therapy and took voice lessons.

Why "storm chasers" do what they do -- and how

Afterwards, Turner sang only two songs to MCA, and was enough for them to sign him in November of 2001. Turner's debut album, "Long Black Train," was released in the fall of 2003.

The album combines the sounds of country and a little gospel. It also includes a cover of Jim Croce's 1973 barroom brawl tune "You Don't Mess Around with Jim."