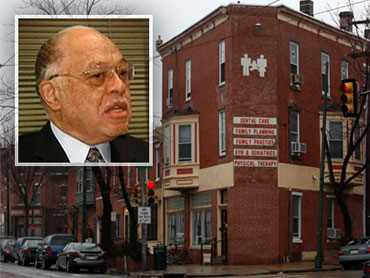 PHILADELPHIA - An abortion doctor who catered to minorities, immigrants and poor women was charged with eight counts of murder in the deaths of a patient and seven babies who were born alive and then killed with scissors, prosecutors said Wednesday.

Dr. Kermit Gosnell, 69, made millions of dollars over 30 years, performing as many illegal, late-term abortions as he could, prosecutors said. State regulators ignored complaints about him and failed to visit or inspect his clinic since 1993, but no charges were warranted against them, District Attorney Seth Williams said.

Gosnell "induced labor, forced the live birth of viable babies in the sixth, seventh, eighth month of pregnancy and then killed those babies by cutting into the back of the neck with scissors and severing their spinal cord," Williams said.

Gosnell's wife and eight other suspects are also under arrest in connection with the case, CBS affiliate KYW reports.

Sources tell KYW that Gosnell faces eight counts of murder in the death of a woman following a botched abortion at his West Philadelphia office, along with the deaths of seven babies who, prosecutors allege, were born alive following illegal late-term abortions.

Quijano reports the adult victim, prosecutors say, was 41-year-old Karnamaya Mongar, who died in 2009 after receiving an overdose of anesthesia.

Four of the suspects, some improperly licensed, also face multiple counts of murder for allegedly killing the newborns.

Authorities went to investigate drug-related complaints at the clinic last year and stumbled on what Williams called a "house of horrors."

"There were bags and bottles holding aborted fetuses were scattered throughout the building," Williams said. "There were jars, lining shelves, with severed feet that he kept for no medical purpose."

The clinic was shut down and Gosnell's medical license was suspended after the raid.

The workers charged in the case were untrained and unlicensed, including a high-school student who performed anesthesia with potentially lethal narcotics, Williams said.

Gosnell is also the target of a federal grand jury investigation for allegedly illegally prescribing prescription drugs. Investigators say during a search of his home they found $240,000 in cash.

Gosnell has been named in at least 10 malpractice suits, including one over the death of a woman who died of sepsis and a perforated uterus.