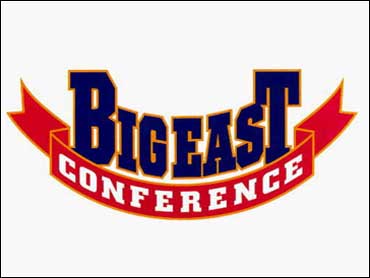 ABC and ESPN have agreed to a seven-year deal worth about $105 million to carry Big East conference football games through 2007.

ABC, ESPN and ESPN-2 will each carry at least five Big East games per season. ESPN, which has shown Big East football since 1996, also gets regional, international and Internet rights.

"ESPN and the Big East have grown together and we're thrilled to extend our relationship across our entities in a long-term agreement," said John Wildhack, ESPN senior vice president for programming. "We look forward to an even stronger schedule of games."

The nagreement, which starts with the 2001 season, sees ABC replace CBS as the broadcast network home of the Big East.

"A few years ago, we made a business decision to do a broader national package with the SEC," CBS Sports programming VP Mike Aresco said. "That SEC deal made a lot of sense for us and it wasn't possible to give the Big East what they needed."