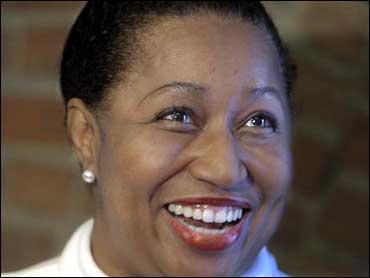 Former Illinois Sen. Carol Moseley-Braun plans to file papers for a presidential exploratory committee early next week, a spokesman said Wednesday. Her entry into the 2004 presidential race will expand the Democratic field of candidates to seven.

"We are planning to file papers Tuesday for an exploratory committee," said Kevin Lampe, spokesman for Moseley-Braun.

He said Moseley-Braun will go to Iowa on Saturday, New Hampshire on Sunday and South Carolina on Monday as a guest of American Women Presidents, a political action committee.

Moseley-Braun also plans to request a speaking slot along with other presidential candidates at the Democratic National Committee's winter meeting Feb. 20-22. That option is only available to those who have publicly announced their intentions to run for president and file papers for an exploratory committee.

No timetable has been set for a formal announcement of a presidential bid.

Moseley-Braun, 55, made political history in 1992 by being the first black woman elected to the Senate.

Early in her term in the Senate, she drew national attention after speaking against Jesse Helms, R-N.C., when he sought to renew a design patent for the United Daughters of the Confederacy's emblem that included the Confederate flag. She later accused Helms of taunting her in an elevator by singing "Dixie."

But she was criticized for splitting an inheritance from her mother that should have gone to reimburse Medicaid; for allegations that her campaign manager and then-fiance Kgosie Matthews sexually harassed workers; for a monthlong, postelection trip to Africa with Matthews; and accusations that campaign funds were used for jewelry and fancy clothes.

While the accusations dogged her throughout her term, Moseley-Braun said she was eventually "vindicated on every possible front."

Moseley-Braun lost to Republican Peter Fitzgerald in 1998, but some considered him vulnerable in 2004; Illinois Republicans have even discussed fielding a candidate against him in the primary.

President Clinton named her ambassador to New Zealand in 1999, where she served briefly.

She considered running against Fitzgerald in 2004, but decided in mid-January she would not seek her old Senate seat.