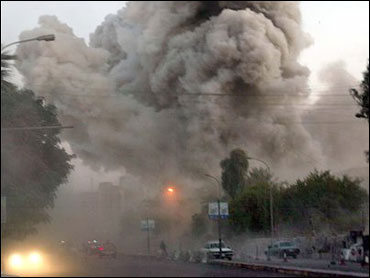 An Iraqi cameraman and sound man who worked for ABC News were killed Thursday in Baghdad. They were on their way home when they were ambushed.

Working for a news organization is a dangerous business in Iraq — especially if you are an Iraqi. About 100 Iraq journalists have been killed since the war began. CBS News employs a number of Iraqis who quite simply can go places we can't.

Last May when I was in Baghdad, it was an Iraqi crew that came into our bureau one day with an interview from a Mahdi Army assassin. Incredible. And while I slept that night in the relative safety of our armed compound, these Iraqis went home to their families in Baghdad neighborhoods where death is a daily occurrence.

Most of our Iraqi employees try to keep their occupations secret from their neighbors, because in Iraq, working for a news organization makes you the enemy.