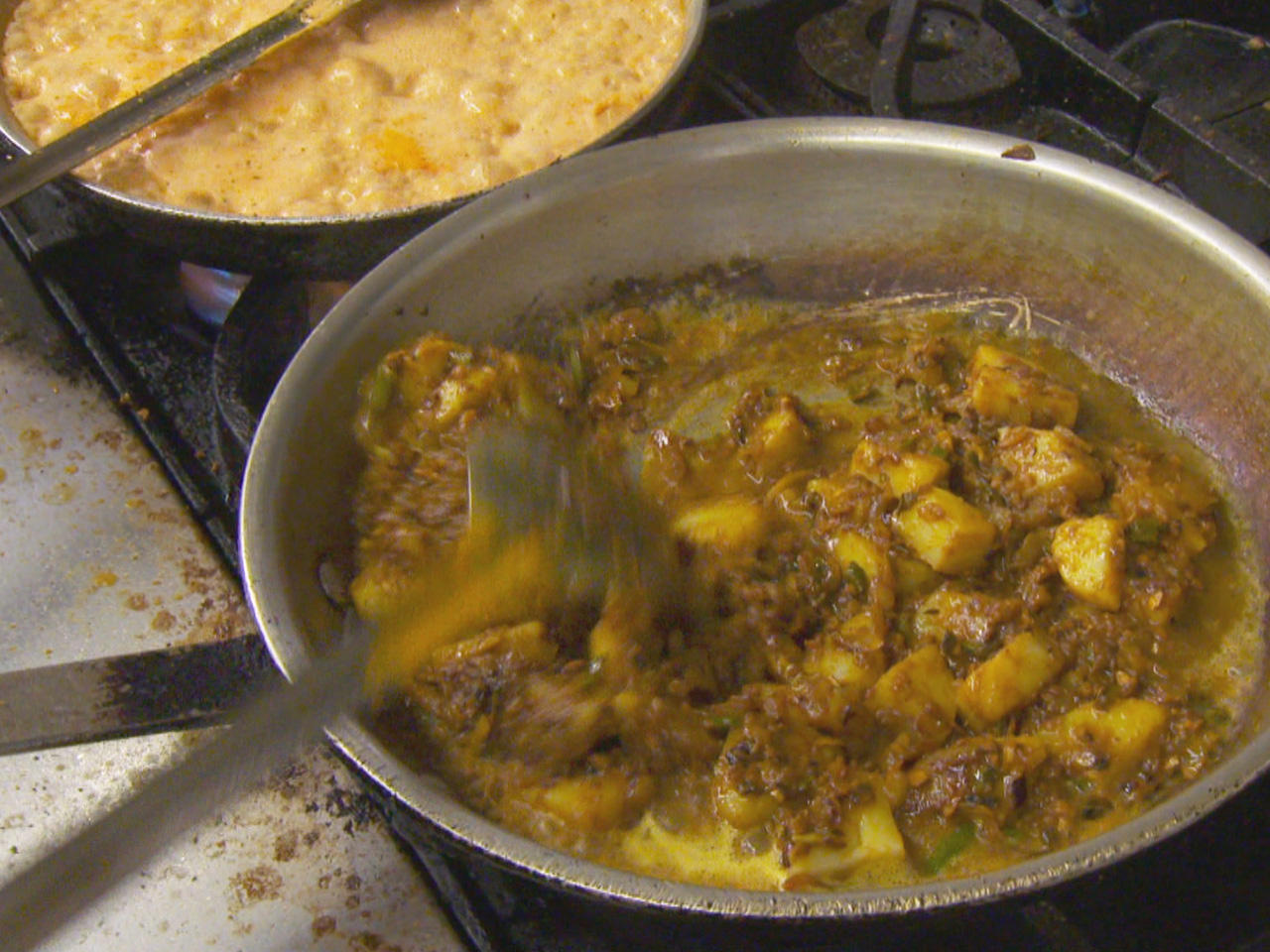 This story was originally broadcast on "Sunday Morning" November 24, 2019.

At a truck stop in Laramie, Wyoming is a you-won't-believe-it situation from the world of truck stop cuisine. "If you'd bet me, I would have bet $100 there'd be no decent food of any kind in here," said one customer. And she would've lost that bet.

Just off Exit 290 on I-80, the Indian food that Mintu Pandher and his staff are cooking up in this small kitchen guarantees that.

"This smells like we're in Mumbai, not in Laramie," said correspondent Jim Axelrod.

Just a few feet away from the motor oil, the military hats, and trucker shirts are storage shelves full of turmeric, coriander, and other spices maybe you haven't heard of.

Pandher explained, "This is a leaf, it's called kasuri methi – I mean, if you start putting this on, you will not eat anything without it!"

There's a rice steamer with no off-switch, an always-full pot of chai, and the soul of any Indian kitchen: a clay oven, the tandoor. "The tandoor, the flavor goes in the meat, not out of the meat," said Pandher. "Like, if you put on a grill, everything kind of drips down. This way the heat is all around, it's surrounded by the heat."

When Pandher bought this truck stop in 2014, it came with a griddle for hot dogs and hamburgers. But figuring truckers could get those up and down I-80, he went with a menu they wouldn't find anywhere else.

Axelrod asked, "Do they ever come in and say, 'All you got's Indian food, and I want meatloaf, I want a hamburger, I want a strip steak'?"

From cross-country truckers ("I don't know how to rate it." "One to ten?" "I'd say it's probably, you know, a good nine!") to locals, like Sheriff's Deputy Bill Yates  ("If this is the area I'm patrolling, I know where I'm gonna stop to eat lunch"), Pandher's food has been a hit.

Deputy Yates is partial to both the yellow curry and the broader field of vision that comes with it. "It's bringing the world here rather than keeping our world small," he said.

Strictly speaking, the restaurant accounts for a small part of Pandher's revenue, but that's not how he speaks – or thinks. "I would say 5% to 10% at the most, 10%," he said.

"So, why bother?" Axelrod asked.

"This is not a whole picture with the food. The people come in to get fuel, other stuff, so they would come in and spend $500, $600 on fuel because they know they can get their meal they desire from last 800 miles here."

He's opened another spot in Nebraska, and will soon add a third in New Mexico. Turns out there's some money in all those smells and tastes, especially with the changing face of trucking, since nearly 19% of long-haul truck drivers in America are now immigrants.

Axelrod asked, "No surprise for you that you can recreate all that stuff in the middle of a truck stop on I-80?"

"Well, that was the plan," Pandher said. "So, we succeeded!"

All it took was for Mintu Pandher to trust his gut – and those of hungry truckers driving by.