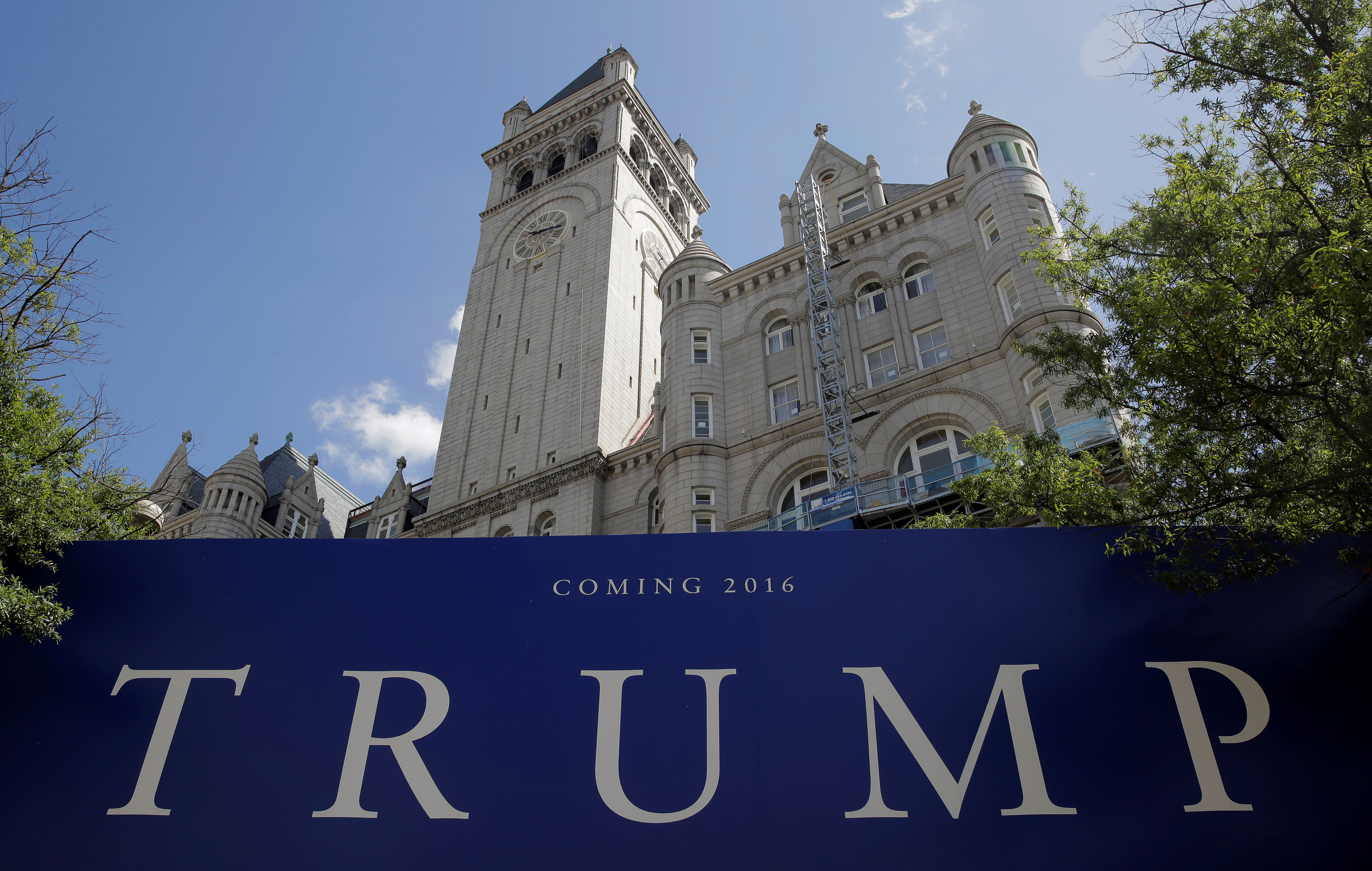 Some Donald Trump supporters might say everything he touches turns to gold. But when it comes to the Presidential Suite at his newest luxury hotel in Washington, D.C., he chose to add a touch of blue.

Trump International Hotel is scheduled for a soft opening on September 12th, but a few photos of the hotel’s grandest suite have already been released.

The largest of the three presidential suites is listed on the Trump website as 4,000 square feet (if guests choose to combine the original suite with two adjoining bedrooms, and it offers families--or even foreign dignitaries looking for some quiet time--plenty of space to roam among its 16-foot ceilings. It has a living room, a dining room with a butler’s pantry, a private workout facility, a kitchen, and a private entrance to Pennsylvania Avenue. And, to top it off, the master bathroom is embellished with Calacatta gold marble--a slab of grayish rock unique to Italy’s coast.

Those with more modest tastes--and presumably smaller pocketbooks-- can reserve one of the hotel’s 263 standard-styled rooms.

For its Sept. 12th soft opening, according to the Trump hotel site, stays would currently cost guests $895 per night for a standard deluxe room and $2,000 for a one-bedroom suite. The Postmaster and Presidential suites are currently listed at $17,900 - $20,000 per night (that does not include the rooms that combine with those suites to make the living space larger).

Trump International Hotel will celebrate its grand opening in October--just one month before voters decide whether to vote for or against the billionaire-turned GOP nominee.