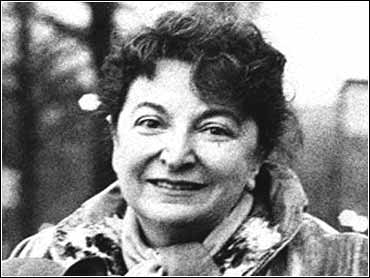 A black power revolutionary who hijacked an Air Canada jet by gunpoint 30 years ago and vanished when it landed in Cuba left behind something crucial: his fingerprints on a soda can.

Police used that clue to nab Patrick Dolan Critton this weekend after having tricked the school teacher into touching a photo and allegedly connecting his fingerprints on it to those from the soda can.

"He said he had been waiting for that knock on the door," New York police Inspector Charles J. Wells said Monday.

Critton, 54, was charged with kidnapping, armed robbery and extortion stemming from the Dec. 26, 1971, hijacking. During a court appearance Monday, Critton was ordered held without bail. He faces extradition to Canada.

Critton allegedly hijacked Air Canada Flight 932 while the plane was en route from Thunder Bay, Ontario, to Toronto. He allegedly brandished a handgun and a grenade and demanded to be flown to Cuba.

The plane landed in Toronto, and all the passengers were allowed to get off. The aircraft then flew to Havana with six crew members and Critton aboard, authorities said. Once in Havana, Critton allegedly exited, and the plane flew back to Toronto.

Shortly after the hijacking, Critton's fingerprints were matched to prints taken from the soda can he is believed to have touched while on the plane, said Barry Mawn, assistant director of the FBI's New York office.

The New York Times reported that the Canadian detective who tracked down the fugitive simply typed Critton's name into an Internet search engine. Back came a story from a Westchester County newspaper that mentioned Critton as mentoring black youth.

Critton was living under his own name and nhad done little to hide his identity, police said.

Canadian officials asked U.S. authorities for help. They learned Critton had taught elementary school in New York City in 1969; his file was then pulled containing his fingerprints, Wells said.

Police went to Critton's neighborhood in August, asking residents to look at a photo of a missing child. When Critton was approached, he touched the picture. The prints allegedly matched sets from the Board of Education files, plus the prints on the soda can.

Wells said Critton had become involved 30 years ago with a Black Panther splinter group called the Republic of New Africa, and began robbing banks to help fund the organization.

On July 29, 1971, Critton and four other men allegedly robbed a bank in Manhattan, but Critton managed to escape during a gun battle with police, Wells said. Two of the other participants were captured, one was wounded and the other killed.

Critton allegedly hijacked the plane that December. He is believed to have stayed in Cuba for three years and then in Tanzania for another 20 years. He returned to the United States in 1994 and resumed teaching in New York City.

Citton later took a job with the Westchester Community Opportunity Program, a nonprofit organization in which he served as director of the Community School Initiative for Mount Vernon.

When arrested Saturday, Critton said he was surprised that no one noticed his return to the United States. "When he came back in 1994, he thought all sorts of alarms would go off," Wells said.

The Times quoted law enforcement officials as saying that Critton had confessed to the hijacking and expressed some relief that he was caught. The fugitive said he spent about eight months in a Cuban jail before going to work as a sugar can cutter on the island.

He subsequently moved to Tanzania, where he taught school, married and raised a family. He returned to the United States in 1994 and resumed teaching in New York City.