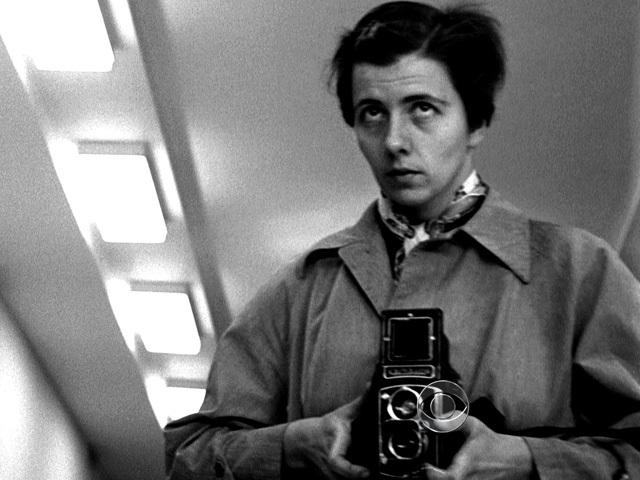 Vivian Maier was a woman who lived as most folks do: rather anonymously. But it turns out she left an amazing record of talent on film. She was discovered quite by accident. As CBS correspondent Anthony Mason reports that in her death, Maier is getting the fame she never had in life.

Even in her own self-portraits, Vivian Maier was an elusive figure lurking in a mirror or a shadow.

Maier worked as a nanny and housekeeper in Chicago. But on her own time, a Rolleflex strapped to her neck, she roamed the streets indulging her secret talent: taking remarkable pictures.

"I don't think she ever made a penny from her photographs, but she certainly was no amateur," said Howard Greenberg, a leading photography dealer. On Thursday night, his gallery is opening the first major exhibition of Maier's pictures in New York.

"She never showed them to anyone," Greenberg said. "Nobody knew she was making these photographs. She did them by herself, for herself -- for reasons we could only guess at."

And we might never have seen them, if not for John Maloof. "The box I bought was the biggest box they had of negatives," he said. "And it was loaded to the top."

A few years ago, Maloof, a real estate agent, saw them at a Chicago auction house.

"Her storage locker had delinquent payments," he said. "So what they do is they auction the stuff off."

He bid $400, hoping to find some shots of the city for a book he was writing. But what he discovered in the box took his breath away.

Maloof traced Maier from the name on a film envelope to a 2009 obituary in the Chicago papers. Maier had only just died at age 83. But a picture of the Chicago nanny began to develop.

"It's almost Mary Poppins in a way," Mason remarked to Phil Donahue.

"There is. Everything but the umbrella," he replied.

Donahue hired Maier in the late 1970s to care for his four sons. She snapped a photo of Donahue during her job interview.

"I saw her once taking the picture of the inside of a trash can," said Donahue. "And I thought, 'Well, they laughed at Jackson Pollock.' How do I know?"

But in John Maloof, she now has a cheerleader. "You can see a little girl on this one," he said while looking at a negative.

Maloof is still archiving Maier's more than 100,000 negatives. "I would have never imagine to get this big as it has," he said.

Through his efforts, Maier is the subject of a new book and the Greenberg gallery show.

"The photographs are really wonderful and that's the most important thing," said Greenberg. "And the story is even better. So Vivian Maier will not go away."

Saved from obscurity, the work of an unknown street photographer is at last coming out of the shadows.