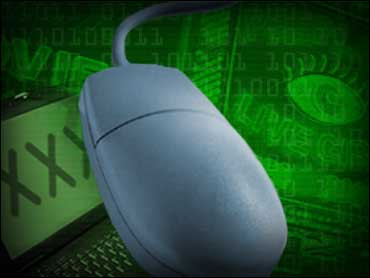 The Internet has made it easy to view pornography and even have Internet affairs or "cyber-sex." In fact, 8 to 10 percent of Internet users actually become addicted to cyber-sex and one-third of divorce litigation is actually sparked by online affairs.

The big questions are: Is cyber-sex considered cheating? Is it actually adultery and what should you do if you suspect that your spouse is having an online affair? How close is a cyber-affair to a real affair? How easy is it to cross that line?

To help sort this all out, Dr. Joy Browne, radio talk-show host, author and clinical psychologist and relationship expert, and a woman named Christine who used spy software and caught her husband contacting women over the Internet, offer their views on the matter on The Early Show.

Christine suspected that her husband was having online affairs. She says what tipped her off was, "Long hours on the computer in his office. And when I'd walk in, he'd be switching so I couldn't see what he was doing. He'd say he was working. And then I had gotten a picture sent to me from my sister and I'm not very computer literate, and I was checking the computer to find out where I put the picture when I downloaded it. I started finding pictures that he had - some very interesting photos."

So Christine installed a software package called eBlaster by Spectorsoft on the computer that she and her husband shared.

The program kept track of all activity on the computer including all e-mails, instant messages, Web sites visited and even every keystroke made from that computer. Reports were e-mailed to her, and that's how she caught him.

She says, "And that's when I found out all the different sites he was going to, what he was looking for. He put out an ad with his picture. He was looking for women in our area. I think his words were, 'loose women in our area;' and also foursomes. And then that kind of triggered me. I started paying a little more attention and made copies of everything that was going on and then I set him up and I pretended I was somebody with a different name and so I was able to have a conversation with him for quite a while that I found out exactly what he was doing, what he was saying."

She's now in the middle of a divorce.

It is important to note, it is legal to put this spy software on a computer as long as you own the computer - which Christine did. But she would not have been legally allowed to put it on her husband's computer at work or any other computer that she did not own.

With the surge in cyber-affairs, a new market for electronic spying has developed. Web sites such as Chatcheaters.com and InfidelityCheck.org describe an array of surveillance products capable of tracking a cheating spouse's e-mails and online chats, including some that can monitor each keystroke in real time.

She says, "I'm one of those people who says no body fluids exchanged is not an affair. This is certainly tacky behavior." About Christine's situation, she notes before using the special software, Christine was already suspicious.

To Christine, Dr. Browne says, "You were having problems in your marriage, you probably weren't having sex. Whether you know the details about what he was doing, you have enough evidence. I feel like the software and computers is like looking in your kid's diary. You can find out by doing that you can find out by object serving and you've got a much stronger case to say, 'look, I notice you're spending a lot of time at work.' I guess having the evidence may be helpful."

Christine says though she was aware of the problems in her marriage, she needed the extra proof. She says, "I still needed more. I was curious of what was going on because he would deny a lot of things and say it was nothing. Then he finally said, 'well, I'm just looking.' And this is a man who has always been very religious, very reputable."

When asked if there is any way cyber-affairs can be harmless, Dr. Browne says, "It's the same argument that people who use pot go on to use hard drugs. It seems to be circular reasoning. What we know is that men tend to talk to women when they're talking about emotional issues. If our men knew what we talked about with each other, they would go ballistic. But it's so expected and it's so understood.

"Do I think sort of talking in chat rooms when you're married is OK? I really don't. I think it's getting close to the edge. But it's not the same as an affair. If we make it the same as an affair then men will say, why not talk to them, why not date them, why not have sex with them? You're put at a different risk with sex involved doing anything other than typing. Typing is typing – sticky keyboard, but still typing," Dr. Browne says.