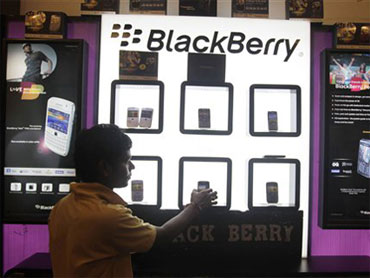 - India - The country of almost 1.2 billion people had threatened to block corporate e-mail and messaging services unless BlackBerry maker Research In Motion Ltd. makes data more easily available to its intelligence and law enforcement agencies. The deadline had been Aug. 31, but the government is giving RIM a 60-day reprieve as it studies the feasibility of routing BlackBerry services through a server in India. However, India is now asking all companies that provide encrypted communications - not just RIM - to install servers in the country to make it easier for the government to obtain users' data. That would likely affect Gmail provider Google Inc. and Internet phone company Skype SA.

- Indonesia - The Southeast Asian country wants RIM to place a server in its country because it fears that e-mails could be intercepted as they pass through RIM's servers overseas. It is considering banning the service, but has no firm plans.

- Lebanon - The country says it is reviewing whether BlackBerry service raises any security concerns for it.

- Saudi Arabia - The kingdom's telecom regulator had ordered a halt to BlackBerry service across the kingdom. Saudi Arabia's telecommunications regulator says it will allow service to continue in the country for now, citing "positive developments." It's unclear, however, whether the reprieve is permanent.

- United Arab Emirates - The Persian Gulf state had planned to shut down e-mail, messaging and Web browsing on BlackBerrys starting this Monday, but the government announced a deal Friday without providing details on possible concessions by RIM. The company also declined to comment on specifics.