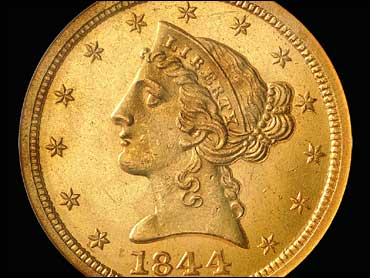 (AP Photo)
An obscure pension created in 1738, which still pays out money today from French government coffers, may be the longest-lived and most amazing government debt in modern history.

The story starts with a French lawyer named Claude Linotte, born in 1686, who became an advisor to the dukes of Bouillon and a tutor to their children. The duke offered Linotte an annual payment of 2,000 livres for life; the canny barrister successfully countered with an annuity payable to "the date of death of the last survivor among the descendants of Mr. and Mrs. Linotte." (A livre was the currency at the time.)

A working paper published last week by Chicago Fed economist François Velde recounts what happened next. The debt survived a ducal succession by the prince de Guéméné, an annexation of the dutchy, the French Revolution, and in a complicated transaction involving estates and the castle at Navarre, was assumed by the French government when Napoleon signed the documents in 1807 while on the Polish-Russian border.

Eventually an alert bureaucrat in the French ministry of finance noticed the unusual debt and, circa 1900, tried to convince Marie-Louise-Alexandrine Aubriot to relinquish her lineage's perpetual claim in exchange for a lump sum. She refused; the payments continued.

This might have been a happy ending -- at least for the descendants of Claude Linotte, not taxpayers -- but for violence through successive devaluation that was done to France's currencies over time. There was a de-linking of the franc and gold in 1914, followed by the 1960 transition to the new franc and then the euro.

Today the perpetual annuity is worth only 1.20 euros a year, or about $1.80. The working paper says Linotte's legacy is "now two hundred and fifty years old, weather-beaten and scarred by time's passage and inflation, bereft of two zeros by the 1960 conversion from old francs to new francs, but tenacious and enduring, alive with dynastic permanence, and yielding each year enough to buy a café-crème at the bistrot on the way out from the Treasury."

I wrote to the author of the paper, François Velde, to say: "If, at the time of the creation of the annuity, 740 livres was worth a mark (8 oz) of gold, the value of the annuity paid in gold today would be worth approximately $12,700 a year. When a debtor is able to redefine the terms of his obligation through currency devaluation, we get this interesting but not entirely unpredictable result: a payment becomes worth only 1/10,000th what it should be."

Precious metals aficionados might view this as a lesson in how inflation ravages currencies over time, which is of course true. Some estimates say the Roman denarius after Nero lost 99.98 percent of its value over centuries, while the U.S. dollar after the creation of the Federal Reserve has lost 95 percent of its value in a single person's lifetime.

Another way to look at it is that if Linotte had chosen the 40,000 livre lump sum (which, based on today's price of gold, would have been worth about $172,000), and if he would have invested it at a mere 2 percent interest rate for 271 years, it would be worth $36.8 million today. Five percent compounded annually would have given his 2009 heirs the princely sum of $95 billion.

If someone -- anyone -- had had the presence of mind to invest just one dollar's worth of Cleopatra's gold upon her death in 30 B.C., not one of us would have to work for a living. At 2 percent compounded annually, that single dollar bill would today be worth $343 quadrillion, or 5,658 times estimates 2008 world GDP. But history is discontinuous -- no Nero 2 percent perpetuals or Beowulf 3s are still quoted -- so we must work and save as best we can.

Unfortunately, the lessons of history tell us that stability of the sort conducive to bankers offering predictable returns on capital over the centuries are not the norm. There are reports of a still-honored Dutch water board perpetual annuity from 1624 as well, but that and the French obligation remain the exception -- war, confiscation, and looting are closer to the norm. Perhaps the moral of Claude Linotte's innovation is to spread your investments around gold, bonds, and equities, but don't be too certain that anything will last.
Declan McCullagh is a correspondent for CBSNews.com. He can be reached at declan@cbsnews.com and can be followed on Twitter as declanm. You can bookmark Declan's Taking Liberties site here, or subscribe to the RSS feed.